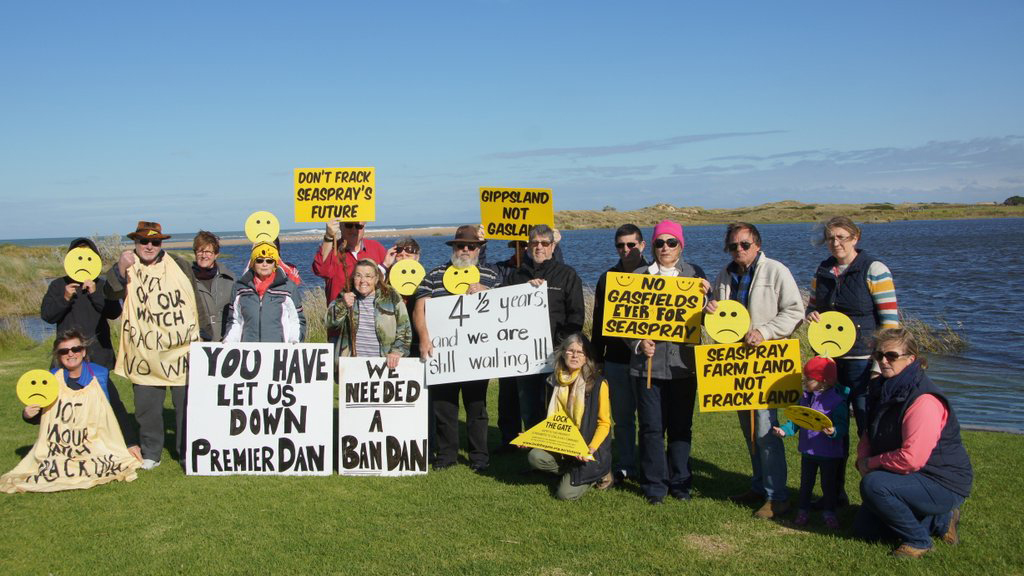 SEASPRAY residents gathered together last week to voice their frustration at the further delay of the state government’s decision on onshore gas mining.

Resources Minister Wade Noonan announced the moratorium on onshore gas exploration will continue, while the government considers its response to a parliamentary inquiry.

A response is likely when parliament resumes in August.

Resident Kerrin Schelfhout said Seaspray was a community living under a shadow.

“We deserve to be able to plan for the future with the confidence we will not be living among gasfields,” she said.

“It has been four years of constant stress, we have researched the decimation this industry has caused in other areas both here and overseas and we know there is no place for the industry in rural and agricultural areas in Victoria.”

Australian Petroleum Production and Exploration Association chief executive Malcolm Roberts said the delay in responding was an opportunity for the government to make the right long-term decision for the families and businesses relying on natural gas.

“Victoria is the only mainland state in Australia with a ban on new investment to develop its onshore gas resources, which leaves more than 1.8 million customers exposed to unnecessarily higher gas prices.

“We are disappointed the government has not already removed the uncertainty. With output from existing gas fields expected to decline from 2017, time is running out to bring new supply into the market.”