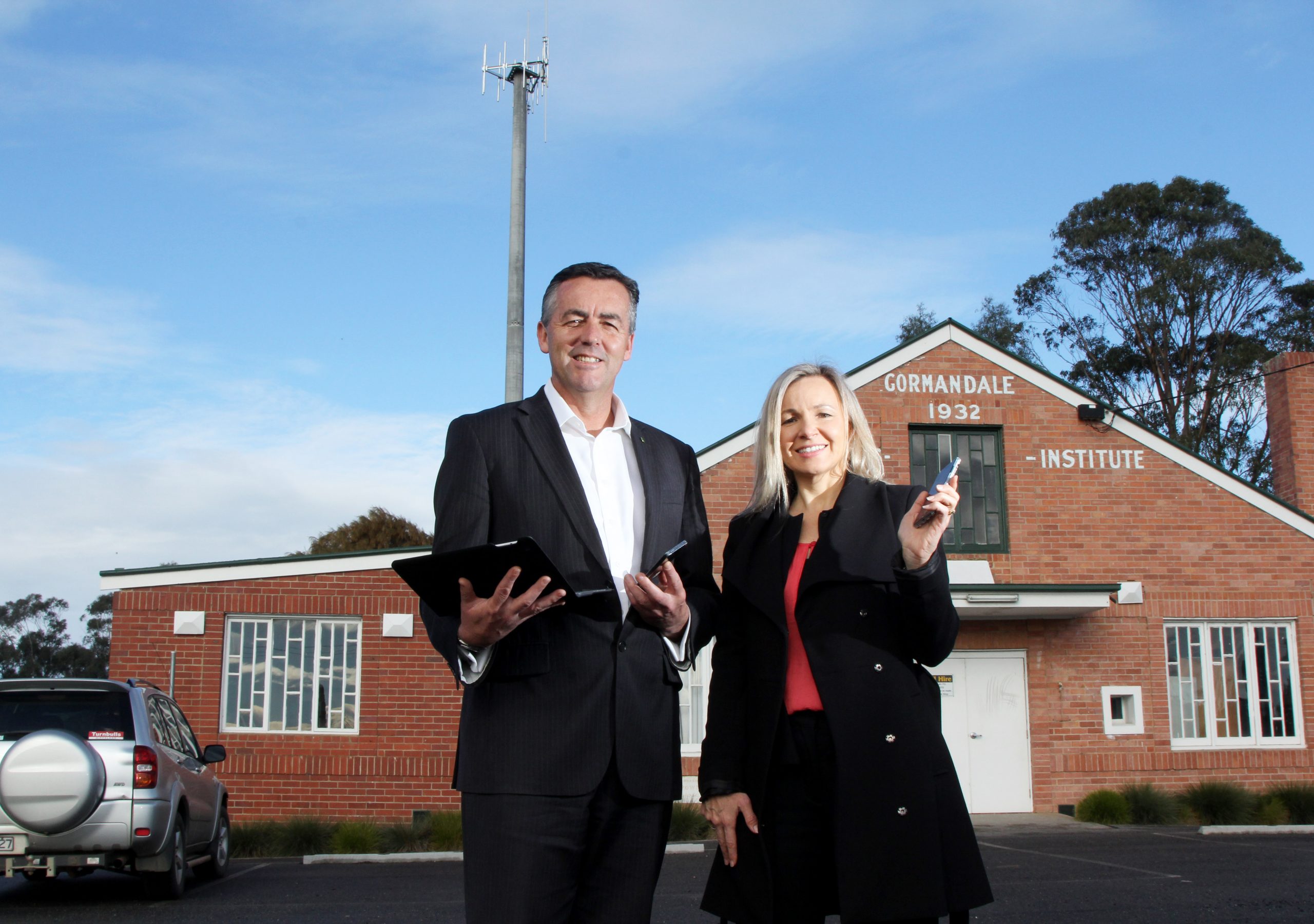 GIPPSLAND MHR and Infrastructure Miniister Darren Chester officially switched on a mobile base station in Gormandale on Friday.

He also announced that a re-elected Coalition government would build a second mobile phone tower on the Hyland Highway between Traralgon and Yarram.

Mr Chester made the announcement on behalf of Regional Communications Minister Fiona Nash.

The second mobile phone tower will be built on the Yarram-side of the Hyland Highway near Tarra Valley, after being identified as a priority by the local community.

“Better mobile phone coverage can improve community safety and business productivity and the Hyland Highway is a busy stretch of road that experiences significant drop-outs for motorists,” Mr Chester said.

“This presents challenges for people who find themselves stranded or in an emergency on the Hyland Highway.

“The region is also prone to natural disasters and residents can be left vulnerable without adequate mobile phone coverage.”

“If re-elected, I will advocate strongly to secure additional funding to fix other mobile phone black spots in Gippsland,” Mr Chester said.

“Our region’s topography makes it challenging to provide reliable phone and internet coverage. This latest government commitment today is another significant step forward, however there is always more to do.

“Mobile connectivity is a critical part of daily social and business interaction and it is vital for personal safety,” Minister Nash said.