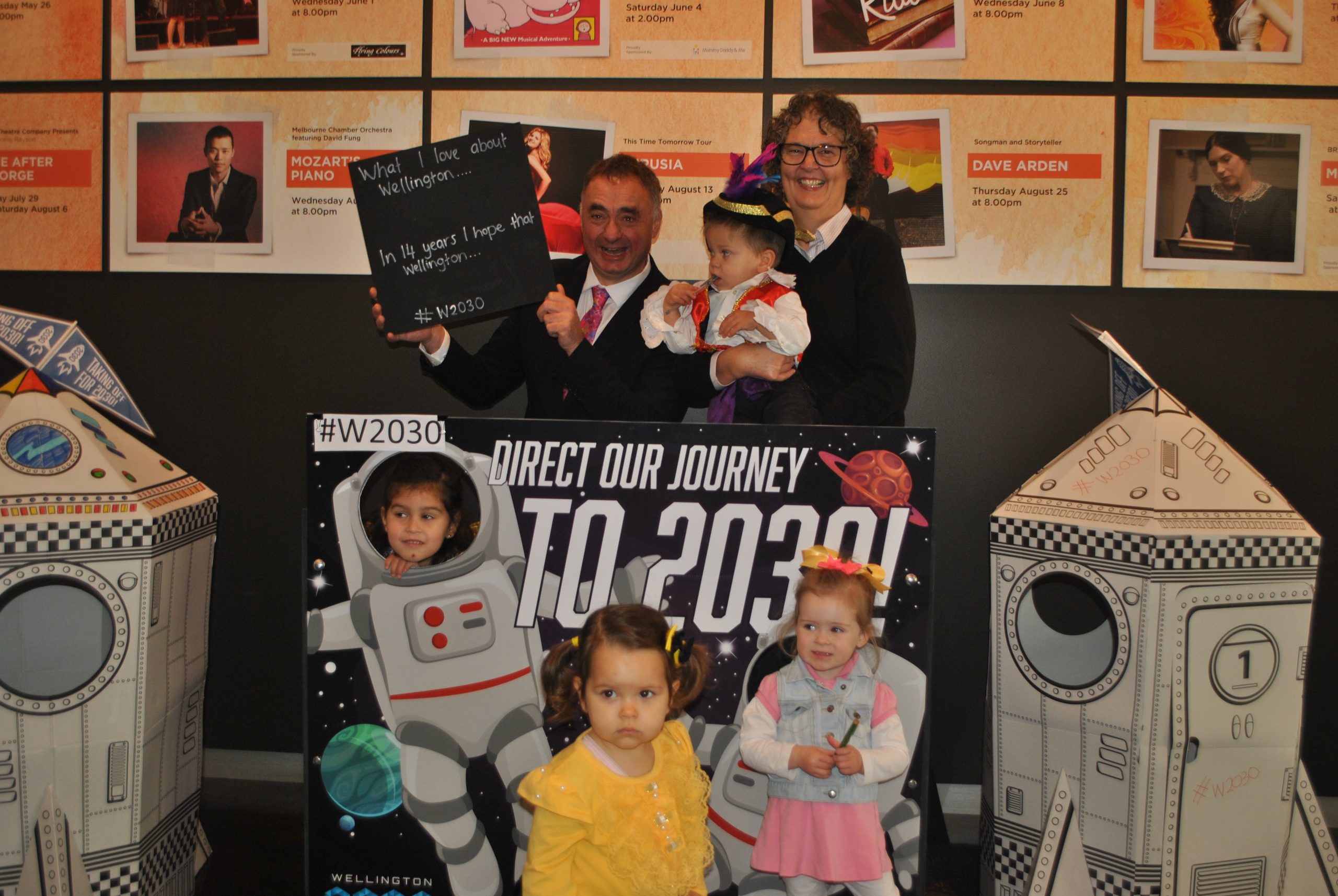 WELLINGTON Shire Council is seeking input from the public to guide vision following the revisit of its Wellington 2030 campaign.

The campaign was relaunched on Wednesday morning at the Wellington Entertainment Centre with councillors Scott Rossetti and Carolyn Crossley on hand to speak to the residents regarding their concerns and comments.

The launch coincided with a morning performance of the Wiggles, allowing plenty of discussion on the importance of securing the future of Wellington’s youngest residents.

An initial survey gauging key community concerns for the Wellington Shire was conducted in 2008, receiving 1000 responses, in addition to a number of workshops with schools and forums for stakeholders.

Strategies were then outlined to demonstrate how the council plans to accomplish the vision.

Council found a revisit was necessary, because of many changing external factors in the Wellington region, and the 2016 survey is a means of confirming that Wellington Shire is headed in the right direction, and investigating any new issues that may have arisen.

“The 2030 is a really crucial document that the council makes because it directs what the vision and the future is for Wellington,” Cr. Crossley said.

“We really want the community to be involved in that process, because this is where our business plans come from, and this is where our budgets are made from, so really it’s the biggest single document that has impact on what happens in your council.

“[We need] as many people as possible, from all sorts of varieties- online, at your local library, at the information desks- to fill in a quick form of what you want your community to be.”

More information regarding the survey can soon be found at www.wellington2030.com.