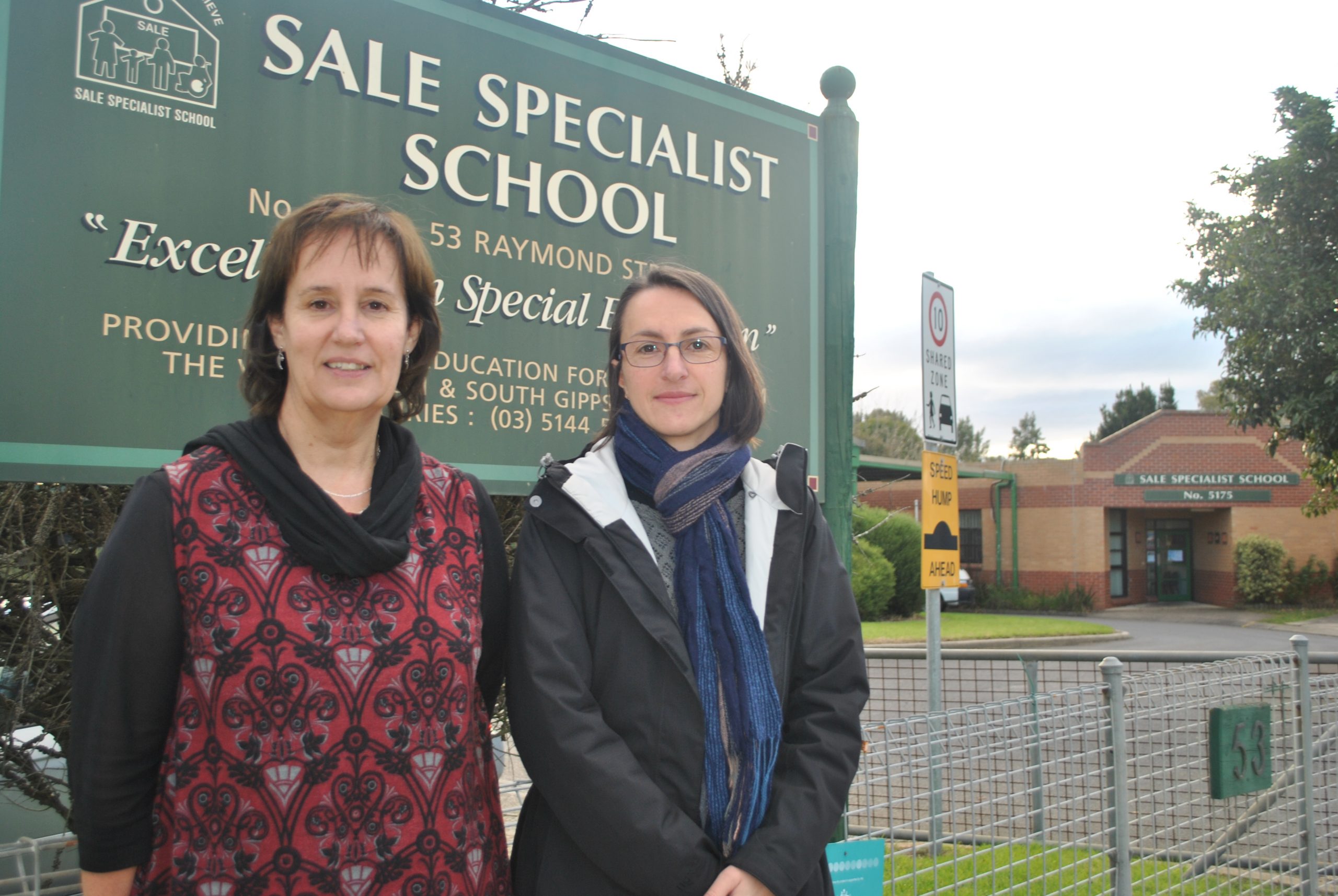 CONSTRUCTION of Sale Specialist School’s new facility has suffered a hiccup, with quotes coming in at $1.5 million over budget.

Following the closure of tenders, the school was notified the project had gone substantially over budget at the beginning of the school term.

The project’s architects have been working closely with the school’s New School Planning Team to put forward a project within budget.

The solution that provided the least disruption overall would be to remove an entire building from the initial scope of works.

That would enable the project to continue as originally planned while the school lobbied the government for the additional funds needed.

“Realistically, in terms of having building happening while you’ve got a school on site, it is difficult,” Ms Donegan said.

“It’s even more difficult in a specialist school where a lot of the children don’t necessarily understand the need to stay away [from the construction sites].

“The noise, the traffic, there’s lots of risks, so it just makes more sense all around to build it as one project.”

“It was discouraging, but we know that there’s people in the Education and Training Department who have been working hard behind the scenes, we know there’s a submission that’s been put together that’s gone to the minister’s office,” Ms Donegan said.

“We are hoping that the additional funding will be allocated as we do not want to reduce the scope of the project by eliminating a building from the project.”

Ms Donegan said the community backing for the new school had been overwhelming, and attributed part of the success of the build to the public.

“The public support for this has been phenomenal, and it’s really appreciated by all members of our school community,” she said.

“We just want to make sure the public is kept informed every step of the way; they’ve got part of ownership now, because they’ve fought so hard along with us.”

“We saw a need, both sides of the government acknowledged that need with their funding commitments, so we need to see it through with a one stage build,” Ms Nash said.

“In [this week’s] parliament sitting, I made the minister aware of the problem, he has promised to follow up and see what he can do,” Mr O’Brien said.

“We need to make sure that the commitment that was made, to build a new school, delivers exactly that.

“We need to ensure a very deserving school community gets the school they were promised, and I’m optimistic that we’ll get the right result.”

The project, which was given the go ahead in April after securing $7.6 million in funding, was the product of years of campaigning from the school and the community for a new facility.

Contracts to build the new school have been signed, and construction company Melbcon are preparing to start work at the new Princes Highway site on the northern outskirts of Sale.