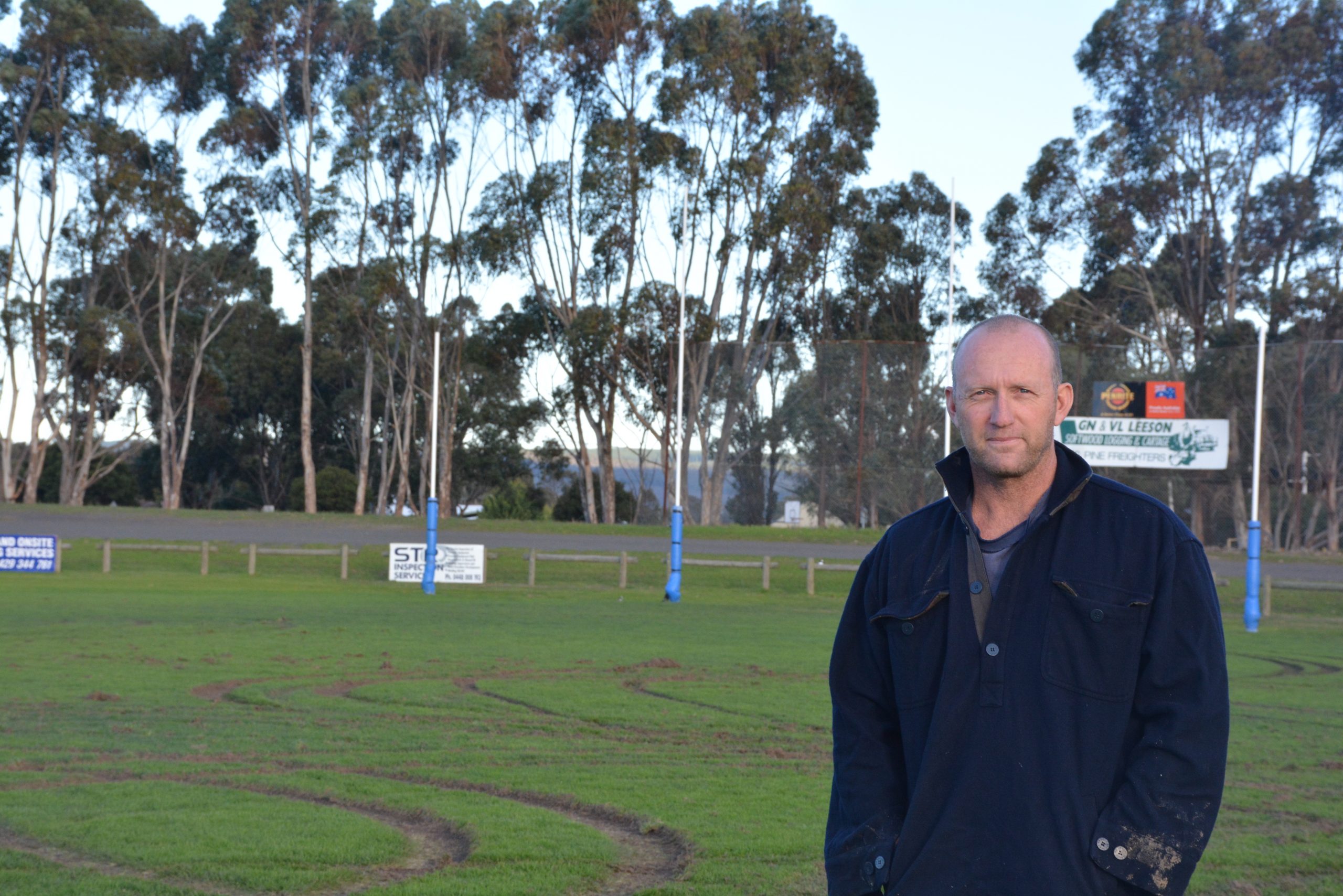 THOUSANDS of dollars and hours of volunteer labour will be needed to repair the Rosedale Recreation Reserve oval after vandals caused extensive damage last Wednesday night.

Club members are livid after at least three vehicles drove onto the pitch and fishtailed, gouging deep trenches into the turf.

The damage is concentrated on one wing, but stretches almost the entire length between the goal posts.

“We reckon it’s personal, someone who’s involved with the club, because they knew where the gate was to get in,” he said.

Cameras around the ground picked up footage of the vehicles, and police confirmed one of them was a white four-wheel-drive.

“We had a truck bogged at the start of the year, and we’ve only just got the tracks filled in,” Mr Mayne said.

“So many people put in so many hours to get it to this point.

“We’ve got the game (at home against Gormandale) next week, then there’s a couple of weeks off, so we should be right.

“AFL Gippsland called they’re happy to help out, and Wellington Shire’s looking at an emergency grant.”

“We spoke to the head of the parks and gardens crew, and even though it isn’t a council-maintained facility, they’ve provided help,” he said.

“It’s one of the better facilities in the region now, and I feel for the club and the volunteers.

“It just depends on the weather now.

“Hopefully we can assess (the ground) in the next couple of days with the North Gippsland board.”

A pressing concern is getting the ground to a playable standard, as there could be occupational health and safety issues.

The club and police are appealing for witnesses.