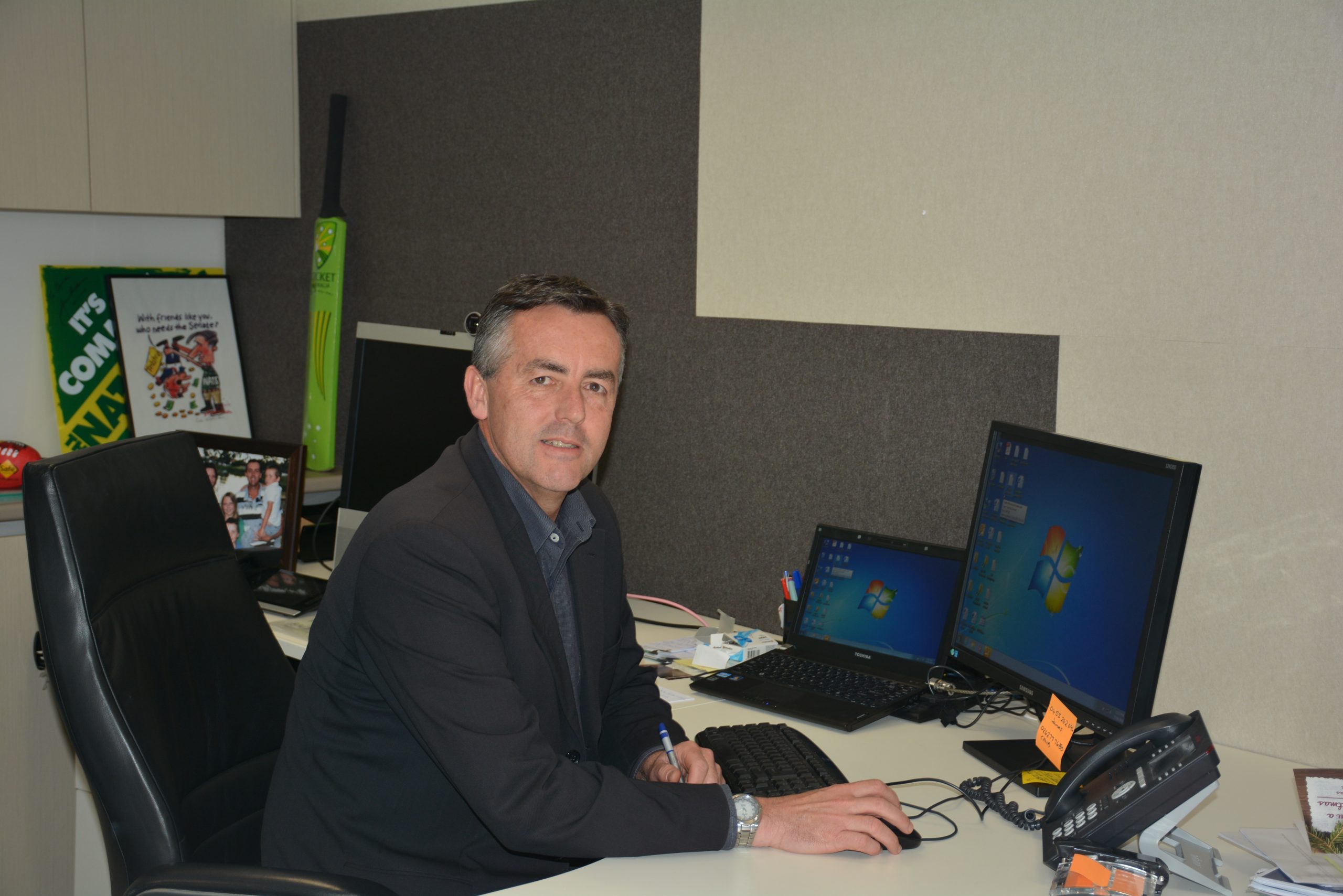 INCUMBENT member for Gippsland Darren Chester said he is not taking the electorate for granted as he approaches the federal election on July 2.

He acknowledged that he has been splitting his responsibilities between Gippsland and dashing around the country as Minister for Infrastructure, but said he has worked hard to find a balance, as well as time for his family.

The biggest issues in Gippsland, he said, are jobs, and providing access to quality education and training for young people.

More should be done to protect the industries that Gippsland is already strong in, which includes the energy sector, timber, paper, agriculture, and tourism, he said.

Mr Chester pointed to the Basic Flight Training School, which will be built at the RAAF Base, East Sale, as an example of not only encouraging new jobs, but also understanding the region’s existing strengths.

Issues with ExxonMobil’s divestment from oil extraction in Bass Strait would also have an effect, but Mr Chester was confident that whoever took over operations would comprehend the massive amount of local workers’ knowledge and experience.

When asked about coal seam gas exploration and extraction, Mr Chester said he believed that fundamentally, individual farmers should have right of veto.

“My position’s quite clear, it’s a moratorium in place in Victoria until the industry can prove that it’s safe, I support the moratorium,” he said.

“It’s incumbent on industry to prove it’s safe, and they need a social licence, they need community support before it gets off the ground.”

Other established benchmarks proposed by the National party include ensuring the water table would remain unaffected, a fair return to the landholder, and a two kilometre buffer from towns or residential areas.

While it is a state government issue, Mr Chester said there were measures in place to make sure the federal government was able to act if necessary.

Mr Chester said that the concerns of dairy farmers had been heard, and after holding a forum in Maffra last month, had brought their suggestions directly to the cabinet ministers involved.

“We need a strong agricultural sector in Gippsland, it flows through each small business in the little towns,” he said.

“The best thing that can happen is a recovery in prices, that’s out of the hands of the government, but you can support them in tough times.”

The focus for Mr Chester at the moment was ensuring communities were helped, and skilled dairy workers were not pushed into unemployment, an issue raised at the forum.

Other issues affecting the community include NBN access, the future of the Latrobe Valley coalmines and power stations, and funding to improve roads and other infrastructure.

Already, millions have been pledged to repair roads across the region, while funding has also been confirmed to redevelop the Rosedale highway roundabout, and the stage two upgrade of the Macalister Irrigation District.

Mobile phone networks have been a priority for Mr Chester, who said the network blackspots funding was a great example of the National Party delivering while in government.

“I drive 60,000km a year in the car, and I’ve noticed over the eight years in the job, how much better the coverage is in more areas,” he said.

“It’s good for small business, good for safety, and good for tourism.”

Providing reliable internet connections is also a concern, as it would lead to further investment in the region.

“Having the telecommunications in place . . . is critical to the whole decentralisation push, you need to make it attractive for people to live in the community,” he said.

Mr Chester cautioned those who demanded high speed fibre internet, and said the system was able to be upgraded.

Market demands also played a part, as many household were not prepared to pay for a premium connection.

The transition from coal to renewables is an issue that Mr Chester said should be gradual, and respects workers.

“I opposed very strongly the Labor and Greens plans to force the closure of Hazelwood years ago.

“I still believe the 500 people employed deserve to be treated with more respect than that, and the contribution to the economy is in excess of $100 million a year in wages alone.

The Latrobe Valley power plants produce about 80 per cent of Victoria’s energy needs, but their future is in doubt.

“I’m not blind to the need to reduce emissions, but there are no simple answers, and there’s nowhere in the world that would have a huge coal reserve like we have and leave it in the ground.”

The campaign has seen Mr Chester cross the country in his role as Infrastructure Minister, but with the election getting closer, he will be focusing more on Gippsland.

“It’s not like your normal job where you go home at the end of the day, like a small business, you take it with you,” he said.

“I enjoy campaigning, I enjoy the opportunity to catch up with people and hear their issues firsthand, and try to see how you can influence government policy to get a better outcome for your community.

“People are casting their votes now in their thousands, and I would expect by the time election day comes around, up to 30,000 Gippslanders may already have already voted.”

Mr Chester said he was proud to represent Gippsland, and wanted to not only ensure the region got their fair share of funding, but also make sure there was a sense of pride in the region.

“Gippsland is home to me, it’s where I feel most comfortable, that’s a very personal passion to have for your community,” he said.

“Regional life offers people a sense of community and sense of place, and I think we have to do better at promoting (that).

“We should talk ourselves up and instill (positivity and pride) in our young people, and let young people know there are career opportunities here.

“If you’re prepared to work hard, invest in yourself, learn new skills, there will be opportunities for you as a young person in Gippsland.”