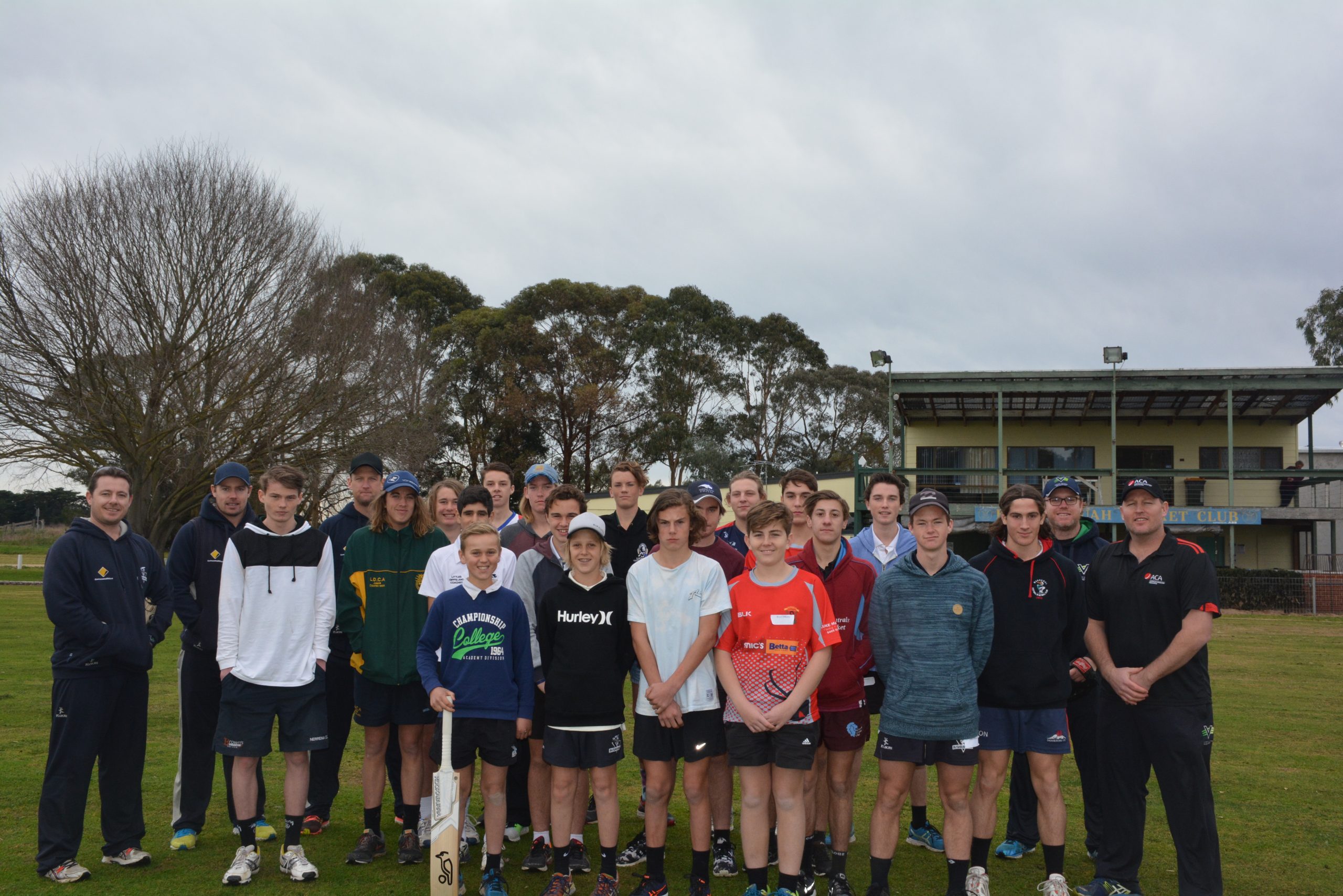 Young cricketers from across the region picked up valuable skills as senior coaches from the Victorian Bushrangers came to Bundalaguah on Sunday and Monday.

With the cricket pre-season training just starting, the visit from the coaches, and players Cameron White, Kristen Beams, and Jon Holland, focused on the basics.

The clinic was part of Cricket Victoria’s Diamonds in the Bush initiative, which sees players head out across the state to rural and regional areas.

Stevens said he was impressed with the talent on show.

“I’ve spent a lot of time in the Gippsland area, and the standard’s improved from last year,” he said.

“There’s a great opportunity for us to take some notes, see what’s happening, gather some information.

“In twelve months, you know, you can see someone’s grown a foot, gotten faster or more powerful.”

Victorian player and former international twenty20 captain Cameron White, who grew up in Bairnsdale, said it was important that rural communities had opportunities like this.

“As someone who grew up in the country, there’s not a lot of chances for this sort of program to reach out,” he said.

“Cricket Victoria run this program, so it’s a great opportunity for boys and girls to spend a couple of days training and honing their skills with us, and the coaches.”

A focus was on getting more girls involved in the sport, especially after the success of Maffra’s Hayleigh Brennan and Bairnsdale’s Sophie Molineux in the WBBL.

“We had the eighteen and under girls here yesterday, about a dozen girls, and it was a really high quality session,” Stevens said.

“I think the game, with the promotion that it’s had last year, it’s been growing steadily for a while now with Cricket Australia.

“Obviously the television exposure it had last year, it’s going to become more mainstream, and hopefully become a choice for girls, or become their sport of choice

“I think we’re seeing that with the results, in terms of the standards going up and the type of girls getting in and enjoying it.”

White agreed, and said that it was good to see the level of interest and skill.

“I’m very impressed, there’s a lot of talent around,” he said.

“We hope they’ve had a good experience over the last couple of days and they got something out of it.”