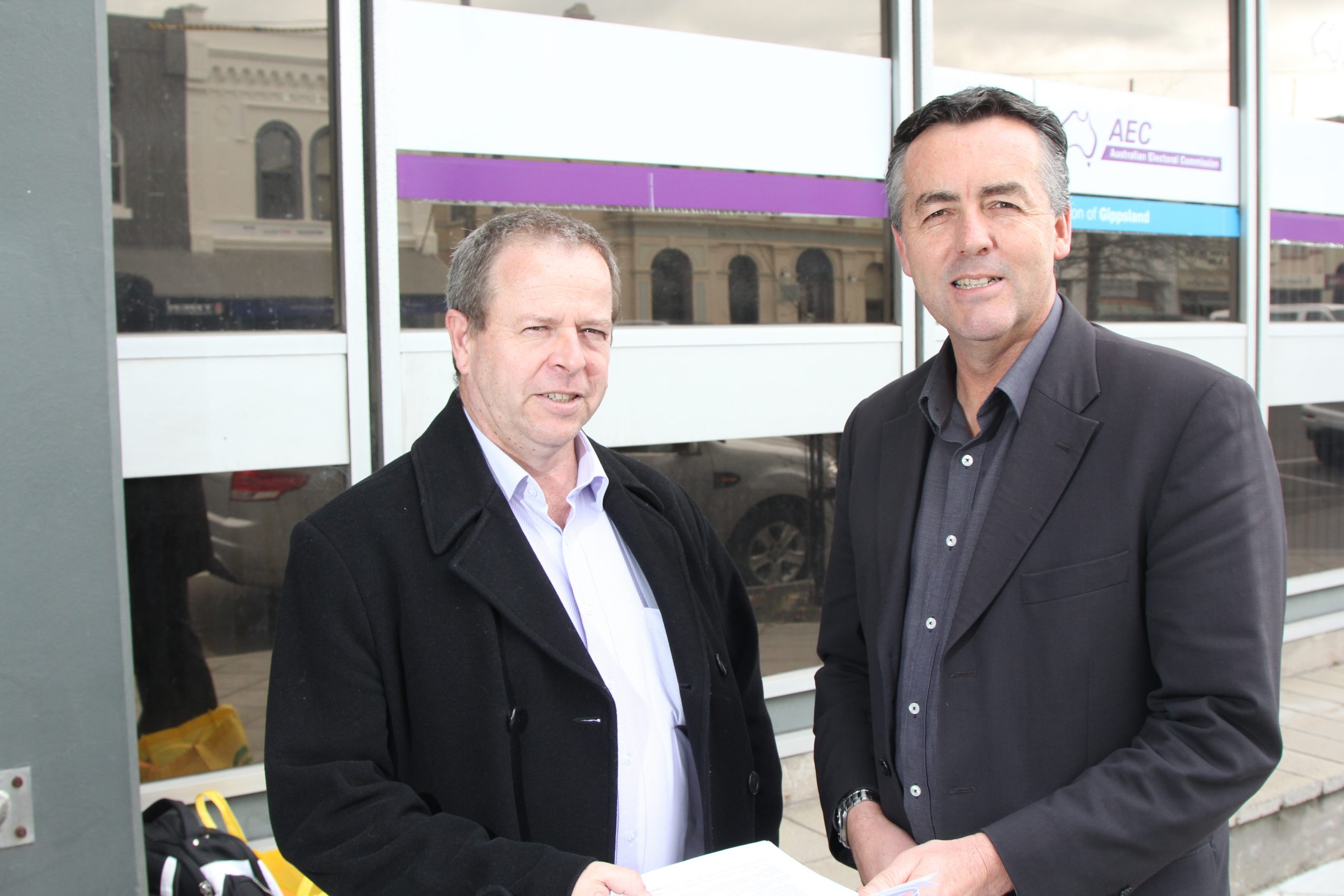 THE news everyone already knew became official on Friday at 4pm; Darren Chester was declared the elected member for Gippsland.

Australian Electoral Commission divisional manager and returning officer for the Division of Gippsland, David Wakely, stood on the steps of the electoral office in Raymond St, Sale to announce Mr Chester the winner.

“I anticipate there are another 5900 votes yet to be received by my office to be counted and these votes will not affect the result of the election,” he said.

“Accordingly, under the provisions of Section 284 of the Commonwealth Electoral Act, I declare Darren Chester the duly elected member to serve in the House of Representatives of the Parliament, Commonwealth of Australia, Division of Gippsland.”

Mr Wakely explained many postal and absent votes were yet to arrive, and some postal votes may not arrive at all as some people had received them in the mail but elected to vote in person on polling day.

Mr Chester issued a statement saying he was looking forward to delivering more results for the people of Gippsland.

Mr Chester recorded almost 57 per cent of the primary vote and an overall two-party-preferred result of 68.5 per cent.

“I am humbled by the opportunity given to me by local voters to be their representative in the federal parliament,” Mr Chester said.

“I look forward to continuing to advocate on their behalf as a member of Coalition government and ensuring our region remains the best place to live, work and raise a family.

“This election result could not have been possible without the support of my family, friends and loyal supporters who are committed to ensuring that people living in regional areas continue to have their interests represented in Canberra by the Nationals.”