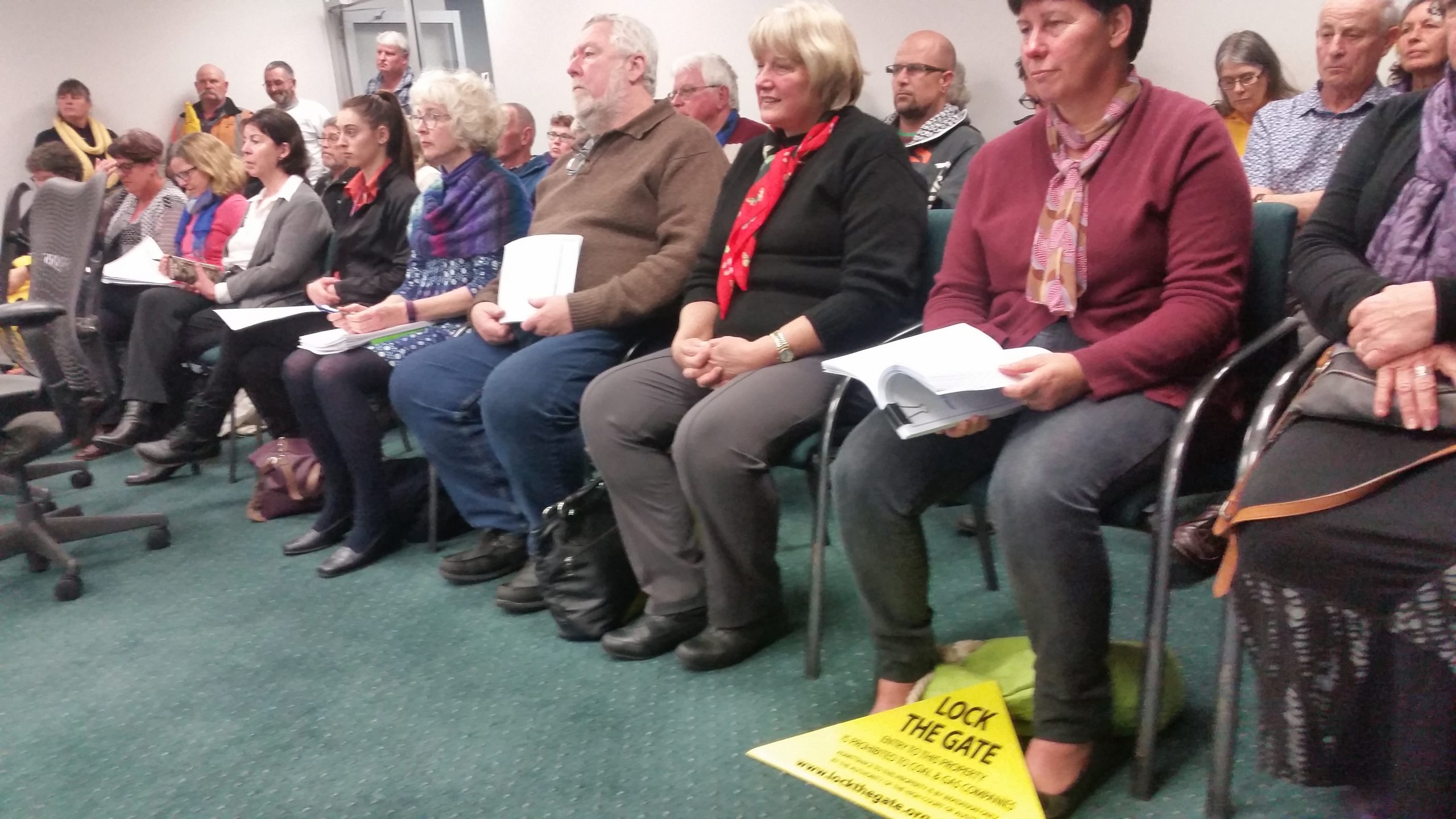 A LACK of evidence of the benefits and safety of unconventional onshore gas production has led to Wellington Shire Council “hardening” its position against the industry.

Cr McCubbin’s comments were greeted with applause from a large crowd in the public gallery,  who were given notice that the mayor would be speaking on the issue.

Cr McCubbin earlier this month attended a meeting with state Resources Minister Wade Noonan, who is currently considering whether to ban unconventional gas exploration and development in Victoria.

The minister asked the mayor if council’s position had “hardened” towards CSG.

“I said to the minister quite strongly that absolutely, our issue in regard to CSG has hardened,” Cr McCubbin said at the council meeting.

“At this stage, with the report that’s come through, we can see no justification for the industry to be continued now or into the future.”

Mr Noonan is considering the findings and recommendations of a parliamentary inquiry into unconventional gas, which received more than 1800 submissions.

The government will announce its decision after parliament resumes next month.

Council has advocated for the moratorium on the onshore gas industry to be continued until scientific testing on its effect on the environment and public health was completed.

Cr McCubbin acknowledged local government did not have the ability to ban the gas industry.

“We can loudly advocate, loudly discuss this with various levels of government and present those reports to the minister,” he said.

The mayor outlined three areas behind the position regarding onshore gas: economic, environmental and social.

“The economic benefits have yet to be detailed,” Cr McCubbin said.

“We’re talking about a local industry, an agricultural sector, which provides $12 billion into our economy and employs 191,000 people.

“This local agricultural economy is at risk in a CSG economy, which is vague at best.

“There are limited jobs, the players in the field are small, there’s speculators and at this stage, we can see no economic benefit moving forward.”

“There are a number of environmental factors the industry has yet to sign off on,” he said.

“If we cannot be confident in that the chemical process used in the fracking industry — we’ve got to be confident of what those chemicals are and the things they may do — how can we allow this to occur?”

Cr McCubbin said “the social argument” had not been made.

“It’s not a question of how we allow this industry to come here and produce, the real question is how do be fight it,” he said.

“We, as a community, do not believe that CSG is appropriate for the people of Gippsland.”

Seaspray farmer Julie Boulton said the threat of having the onshore gas industry in Gippsland “has been hanging over our heads for almost four years”.

“We are frustrated at the hours, days, weeks we have spent poring over documents, scientific reports and data trying to glean any information that can prove our fears groundless,” she told council.

“Many members of our community, including myself, have travelled to New South Wales and Queensland to see for ourselves the impact of existing gas development.

“We’ve only had our worst fears confirmed as we saw rural agricultural land and towns decimated, and spoke to people who have had their lives destroyed and now face financial ruin.

“The prospect of leaving a long held family farm and life’s work is heart-wrenching, and has led to extremes of depression and feelings of hopelessness.

“Our lives have been put on hold as we relentlessly fight for our basic human right to fresh air, clean water and the ability to earn our living and enjoy our lifestyle free from the threat of an industry based on financial gain at any cost.”

Another Seaspray farmer, Trevor Flint, said the onshore gas industry would threaten water security in the region, affecting food production and the health of residents.

“If our environmental livability is jeopardised or unhealthy, there will be no communities.

“You must keep listening to the people, to put people first.

“The challenge now is to convince government;  it’s the health of the environment and the people, our country’s greatest asset — they should never be jeopardised for any industry.”

Paediatrician Jo McCubbin said the industry posed risks for pregnant women, while stress caused by the industry could flow onto physical health.

“The legislation (relating to onshore gas) has to take into account the affect of fire and flood,” she added.

While the mayor stated council had moved its position away from the onshore gas industry, a motion to formalise that stance wasn’t voted on during Tuesday’s meeting.