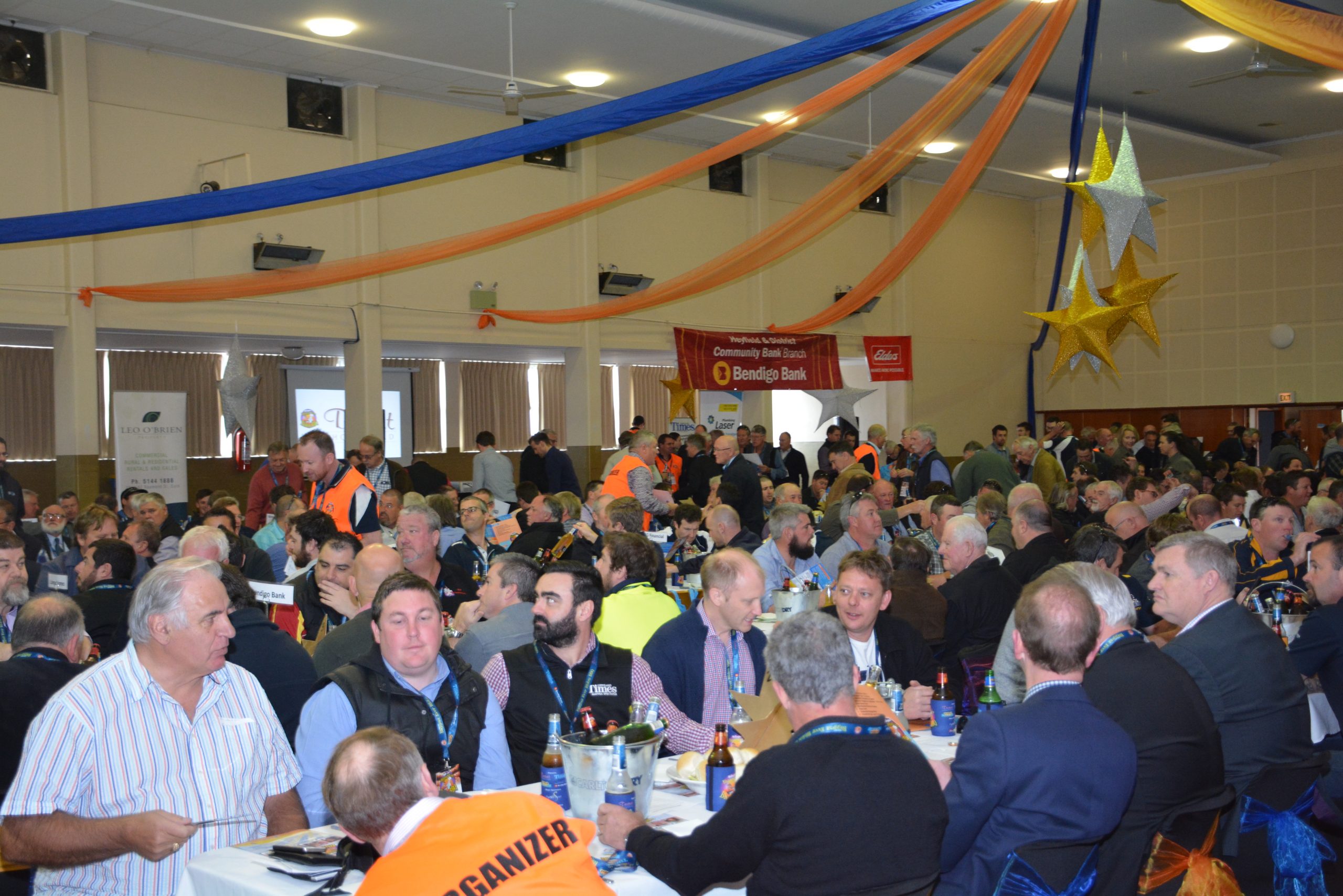 WELLINGTON’S Biggest Blokes Barbecue is back for 2016.

A former Sale resident Ms Taylor is experienced at relating to male audiences, having delivered her compelling five minute address to other biggest ever blokes barbecues across Victoria.

Dean Jones is well known as a former Test cricketer, Ashes winner, leading one day run scorer, cricket commentator and is a sought after speaker.

Rex Hunt, a former Richmond football champion, television and radio personality and football commentator is well known for his habit of making up quirky nicknames for players. He has also been known around the world for fishing and wildlife programs and is regarded as one of the celebrity speaking circuit’s accomplished performers.

Organising committee chairman Leo O’Brien is excited by the enthusiasm and support shown by the event’s many sponsors.

“It never ceases to amaze me how generous the local community and businesses are.

“I’m involved in a lot of different stuff like this and I see how the generosity of businesses is shown, not just in buying tables but donating goods and services for auction,” he said.

“Businesses like Duart, which is catering, the Star and Criterion hotels, who are donating their waiting staff and Lazzaro Bros, Gordyn meats and Somervilles who are donating the food at no cost, are the reasons we are able to make so much money for the cause.

“We have to acknowledge all the business patrons who have got behind this and helped it grow.”

Major auction items include a brand new Kuboto mower values at $7500 donated by Andrew Dunkley Machinery and Kubota and a Legends of Cricket signature cricket bat donated by Rockys Electrical of Cowwarr. In addition there is a substantial collection of memorabilia to adorn office and workshop walls.

Master of ceremonies will once again be Matt Cummins with the auction of goods and services being conducted by Leo O’Brien.

“The committee members seemed to think I could do it again,” he said.

Mr O’Brien also acknowledged the assistance of the Sale Memorial Hall committee and the Sale RSL and other hall users for their cooperation.

While the biggest ever barbecue is nominally sold out people wishing to register in case of some tables members having to miss the event can still leave their details with Leo O’Brien on 5144 1888.