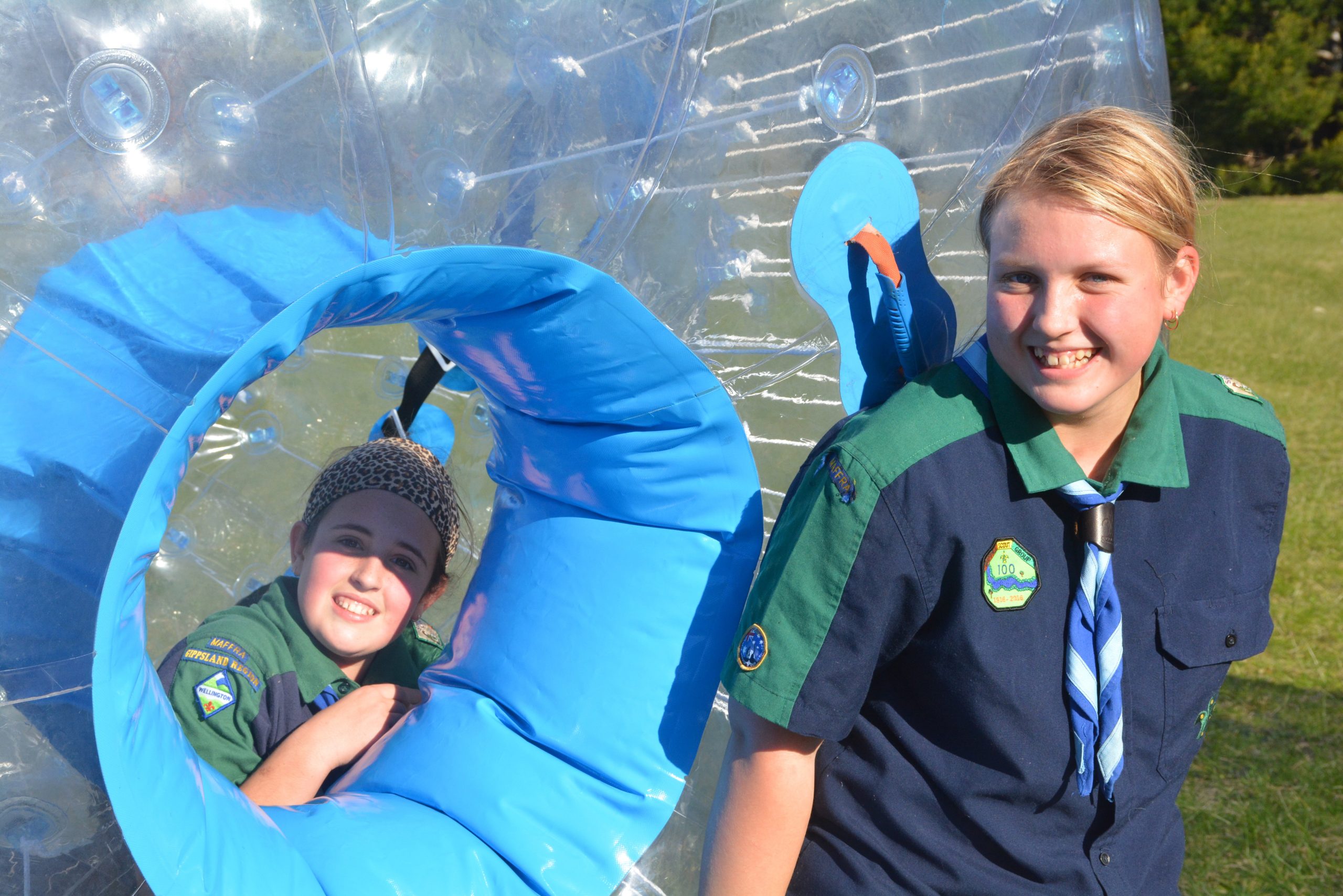 Official proceedings included the presentation of new Section flags and the unveiling of a centenary plaque.

Centenary badges were presented to current members, with a badge design illustrated by Scout Nicholas Hinsley.

There were a range of activities for the scouts on the day, such as a rope bridge and Zorb balls, and a barbecue lunch and Devonshire tea on offer.

The day was attended by Chief Commissioner of Scouts Victoria Brendan Watson, Region Commissioner for Gippsland Cliff Dent and other group leaders from the Wellington District.

Maffra Scout Group leader in charge Rob ‘Midge’ Creely said he was pleased with the turnout.

“There’s been quite a few people through, a lot of interest from the public, which was great,” Mr Creely said.

While the celebrations were mainly about the centenary, Maffra Scouts also used the opportunity to showcase the recent refurbishments undertaken on the hall.

New kitchen and toilet facilities had been installed, as well as a fresh lick of paint throughout, made possible by Scouts Australia, and local support.

“We’ve had a lot of sponsorship from the local businesses, they were a real help,” Mr Creely said.

A range of photographs and memorabilia were on display, attracting several locals and former scouts and cubs.

“I’m sure the kids enjoyed it as much as I did.”

The First Maffra Scout Troop was formed in Maffra in July 1916 under leadership of S.M. Arnold and J Lutin and met in the Church of England Hall.

In the 1930s, the group acquired a building at the current site in Johnson St, which was formerly a blacksmiths’ shop.

In 1970, another group was formed, called Second Maffra, and both groups used the same hall but operated independently.

In 1989, both the first and second groups were struggling with leadership so they amalgamated.