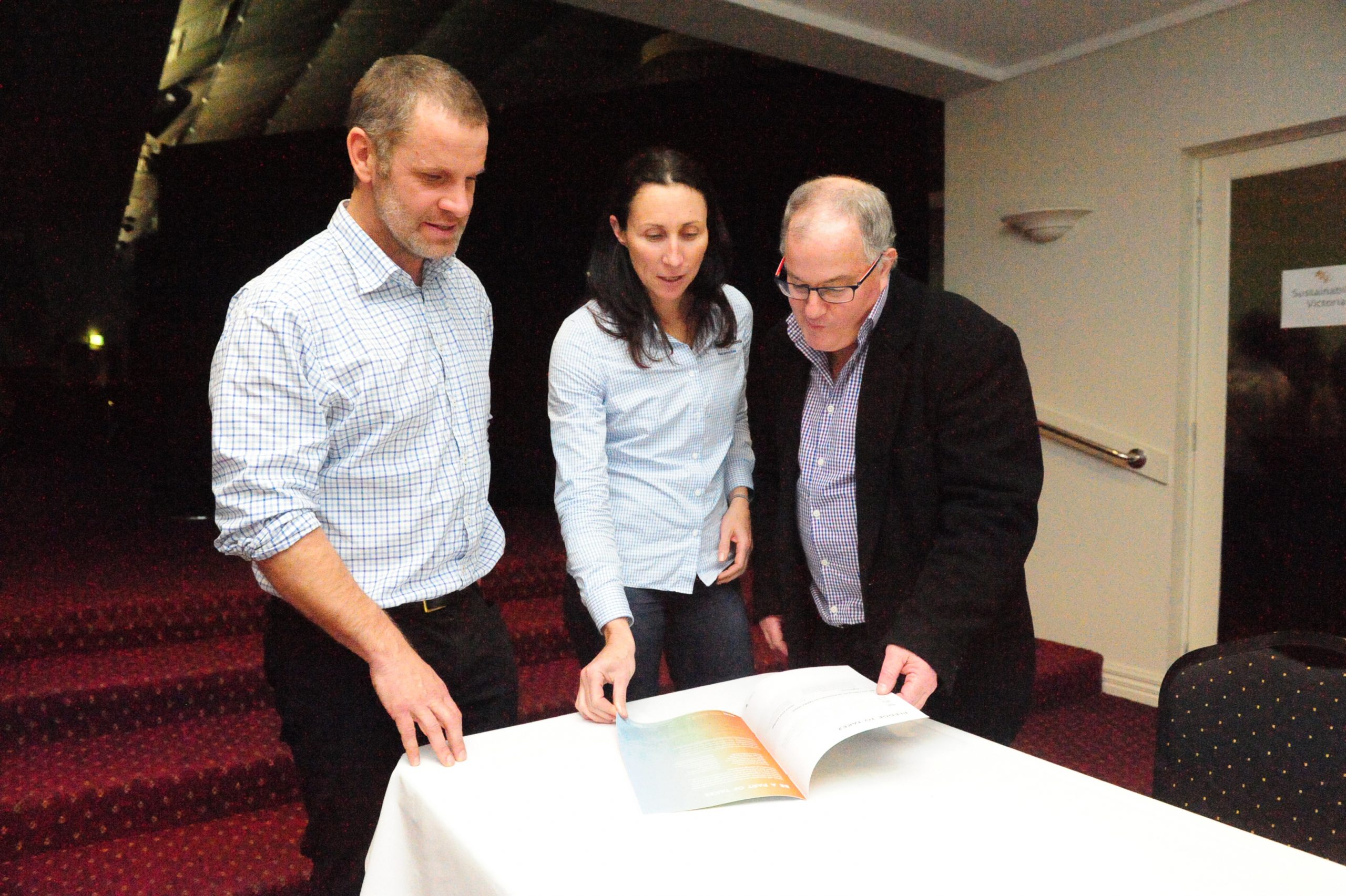 PUTTING a positive face on transition was the focus of a meeting held in Traralgon last week that attracted a varied attendance of politicians, sustainability groups and local government.

Rather than talking about closing things down, the discussion featured possible renewable energy projects in the area and how to use resources in better ways.

“The key of the meeting was about putting a positive face on transition. It’s not about closing things down, it can also be about saving money, being more energy efficient, using resources in better ways . . . and therefore being able to create jobs and a better future.”

Mr McCubbin said the debate was timely given the Committee for Gippsland’s recent economic report on the Latrobe Valley’s future, as well as the state government’s climate change pledge.

He said there was general agreement that “we need to move towards a cleaner, more sustainable future” with plenty of opportunities in the region to do that successfully.

“I think that was the point, there is no shortage of good projects that we can do locally that will create jobs and reduce our carbon footprint,” Mr McCubbin said.

“There is certainly a community will to bring those to the table.

“What GCCN will do is work with people (farmers, local governments and industry) to bring some of those projects to fruition.”