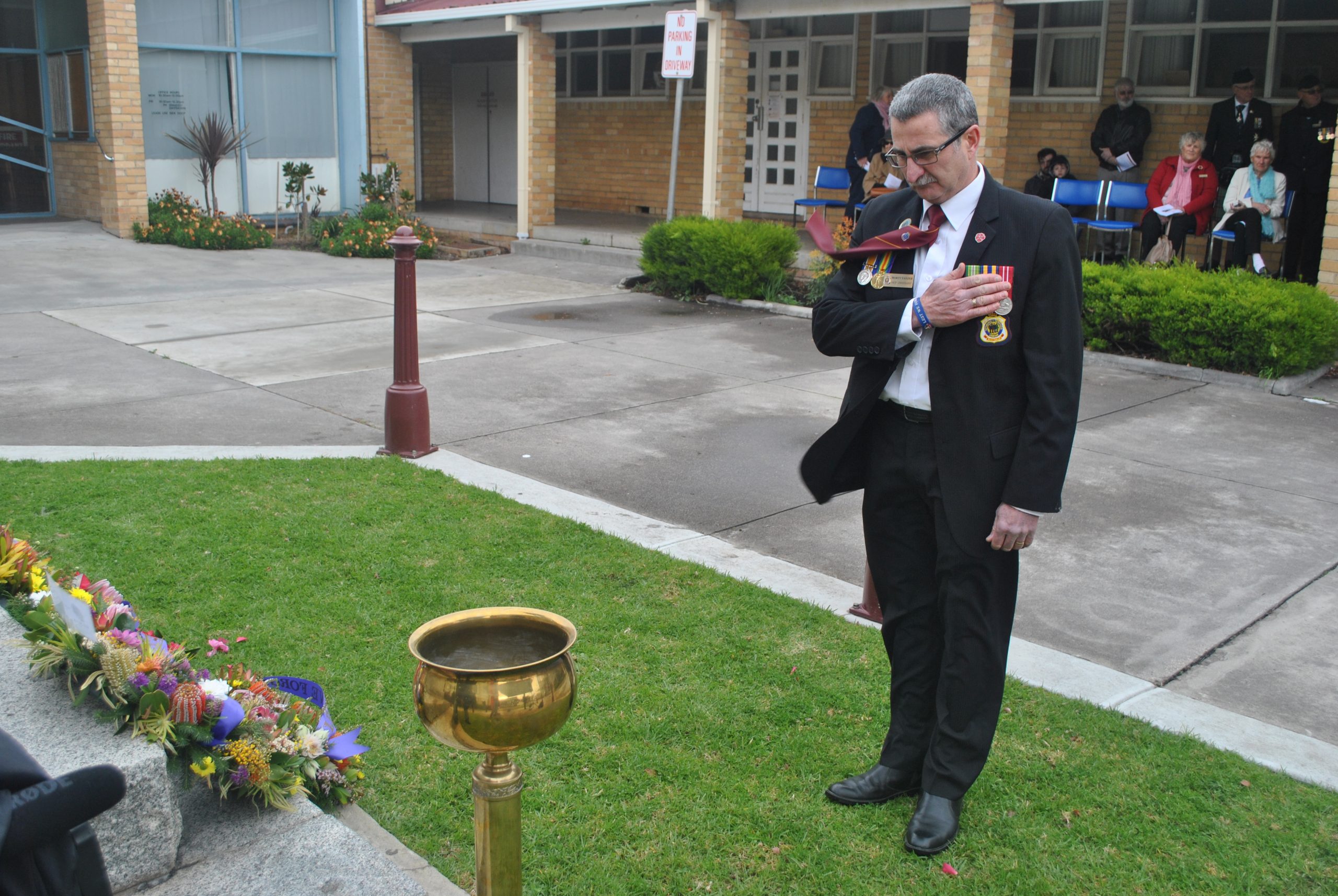 SALE RSL held a commemorative service on Saturday afternoon to remember those who lost their lives 100 years ago in the battles of Fromelles, Pozieres and Romani.

Sale RSL president Geoff Newby addressed the crowd, speaking of the horrors of war and giving thanks to those who gave their lives.

More than 28,000 Australians were killed or wounded in the battles.

At Frommelles, the Australian 5th Division and British 61st Division attacked heavily defended as part of a plan to draw German attention away from the Somme.

The attack made no impact on the Somme battle.

Pozieres, a small village in the Somme valley in France, was the scene of bitter and costly fighting for the 1st, 2nd and 4th Australian Divisions during July and August 1916, which resulted in 23,000 Australians casualties (1754 Victorians died).

The village was captured initially by the 1st Division on July 23.

The 2nd Division took over from the 1st and mounted two more attacks, resulting in the seizure of German positions beyond the village.

The 4th Division was next into the line at Pozieres.

It too endured a massive artillery bombardment, as had the other two divisions, and defeated a German counter-attack on August 7.

This was the last attempt by the Germans to retake Pozieres.

The battle of Romani in the Sinai, fought between August 3 and August 5,1916, finally put a stop to the Turkish threat to the Suez Canal.

Initially, only the Australian 1st Light Horse Brigade was in position to meet the Turkish attack.

Heavily outnumbered, it was forced to fall back, but as reinforcements steadily arrived, the position was stabilized and the Turks were defeated.

More than 600 Australians and 200 New Zealanders became casualties in the Sinai.