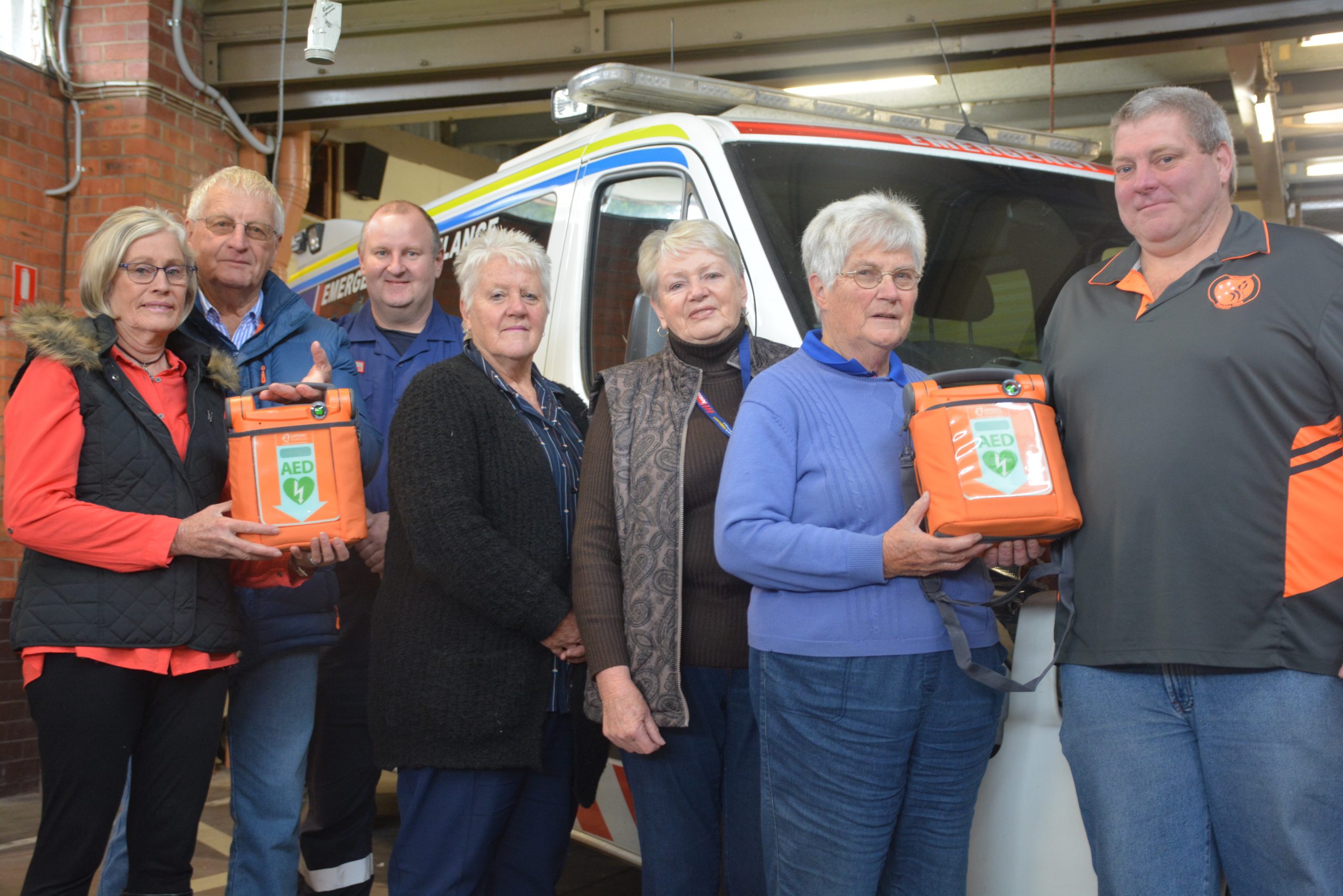 SALE Ambulance Auxiliary has donated five defibrillators to smaller local sporting and recreational clubs, in an effort to improve community access to defibrillation during cardiac arrest.

Responding to an initiative set by Ambulance Victoria, Sale Ambulance Auxiliary funded a defibrillator program, wherein it bought and donated a number of the machines, costing $2500 each amounting to more than $12,000.

“If even one of them saved a life, it’s worth a million dollars,” Mrs Clavarino said.

“We like to think of it as we’re always asking the community for support, so this is our way of giving back to the community in some small way.”

Senior MICA and team manager at the Sale ambulance branch, Dave Rice, said public access to defibrillation dramatically increased the chance of lives being saved in the community before paramedics arrived.

“These defibrillators are safe to operate with no training from any member of the public; it tells you what to do,” Mr Rice said.

“We’re hoping that community access to defibrillation and more training for CPR will make a massive difference to what we do, because without that, our survival rate plummets.”

Statistics released by Ambulance Victoria reveal that Victorian paramedics attend more than 5500 cardiac arrests each year, but just one in 10 survive.

For every minute defibrillation is delayed, the chance of survival for a person in cardiac arrest decreases by nine per cent.

The early use of a defibrillator by members of the public can significantly increase chances of survival.

Sale and District Sunday Afternoon Cyclists president Colin Langshaw was grateful to accept the defibrillator on behalf of the club.

“We hope we never have to use it, but at least we have it if we do,” Mr Langshaw said.

Sale Ambulance Auxiliary comprises a team of committed volunteers who meet once a month to raise much-needed money for Ambulance Victoria’s Sale branch.