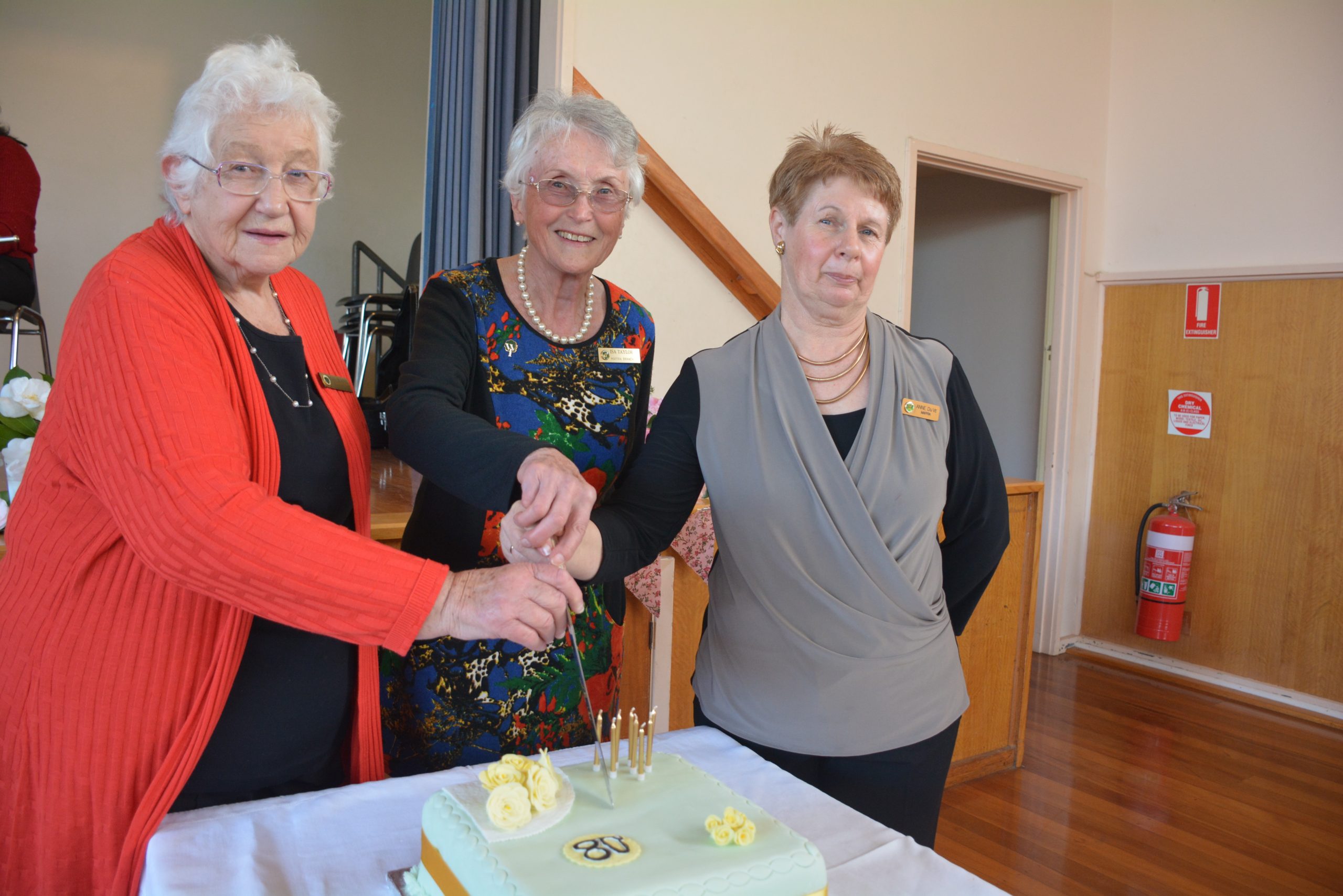 MAFFRA’S Country Women’s Association branch is still going strong after 80 years, and celebrated its birthday with a huge luncheon on Wednesday.

Branch president Qona Boys read from the original minutes of the first meeting in 1936, with entertainment from Boisdale Consolidated Primary School’s marimba ensemble, and from Maffra Secondary College.

More than 60 women attended from across the district.

Four members were recognised for their long service, including Ms Boys and Lois Ramsey for 10 years, secretary Joan Irving for 20 years, and treasurer Anne Du Ve for 25 years.

State president Machelle Crichton said the organisation should be proud for surviving so strongly for so long.

“You have to understand your history, because that inspires you for the future,” she said, encouraging the group to act local but think global.

“The shire depends on groups like this for the smooth running of the community, they provide so much inspiration and labour,” he said.

“(The school) has a proud association with the CWA for over 57 years, and really values their support,” he said.

Servers for the luncheon were provided by the school.

Vintage memorabilia and classic cars were on display, and many women wore classic outfits, including Ms Boys, who wore her mother’s outfit from the 1930s.

Many of the attendees reflected on their time in the CWA, acknowledging how important the group was.

Helen Jewell, a member of the Bundalaguah branch, said it kept the brain going.

“I can remember when I first joined the branch, I was a lot younger and fitter, and I was amazed at what some of the women older than me were up to,” she said.