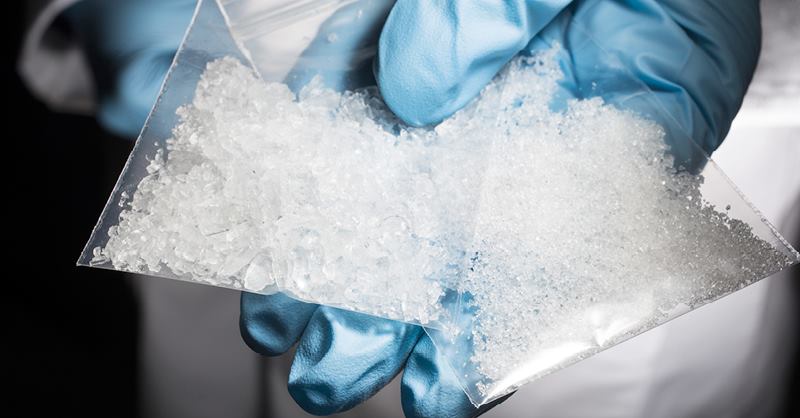 CRIME Stopper’s Dob in a Dealer campaign has led to a 500 per cent increase in the number of drug-related information reports received by Crime Stoppers in the Wellington police service area alone.

During the two-week campaign, there was an additional 500 per cent increase in information reports relating specifically to amphetamines across Wellington.

The campaign, launched in collaboration with Sale and Bairnsdale police on July 18, urged locals in the Wellington and east Gippsland regions to ‘dob in dealers’.

Locals were encouraged to report information about those manufacturing, distributing and trafficking crystal methylamphetamine (‘ice’) and other illicit drugs in their neighbourhoods.

“We rely on the community’s support, and this is a good example of the police and the community working together,” Inspector Wallace said.

“Every piece of information we receive is interrogated and assists police in removing drugs from the community.

“Drugs in our community is an issue that requires all agencies, including police and the wider community, to contribute and reduce the effects that drugs can cause.”

Crime Stoppers Victoria general manager Cathy Rhodes thanked those who supported the Dob in a Dealer campaign, adding many people knew someone affected by illicit drugs and the devastating effect they could have on individuals, their loved ones and the wider community.

“The Gippsland community’s response to the program has been significant, and the increase in reports shows how determined residents are to put a stop to the flow of illegal substances into their neighbourhoods,” Ms Rhodes said.

“The information received by Crime Stoppers’ contact centre has been passed to police for investigation.

“Arrests are made and drug warrants are executed as a result of reports to Crime Stoppers.

“While the Dob in a Dealer program will now shift focus to other locations across the state, reports can be made to Crime Stoppers 365 days a year and we urge you to continue to pass on information about any suspicious behaviour.

“Making a report to Crime Stoppers is completely confidential.

“Every piece of information you provide can help solve crimes and reduce the supply of illicit drugs.”

Statewide, Crime Stoppers Victoria has helped recover drugs with a street value of more than more than $8 million during the 2015-16 financial year, thanks to information received from the campaign.

Intelligence from the community has also led to a record 5268 charges, as well as 1357 arrests across the state.

Crime Stoppers has identified methylamphetamine not only as a law enforcement issue, but also a complex health issue.

Some people reporting may have existing addictions to drugs or may be family members of someone suffering addictions.

Those with drug problems, or who know others affected by drug use or addiction, can phone support services such as Family Drug Help on 1300 660 068 or Youth Support and Advocacy Service on 1800 014 446.

Dob in a Dealer information about local drug dealing activity can be reported confidentially online at www.crimestoppersvic.com.au or phone Crime Stoppers on 1800 333 000.