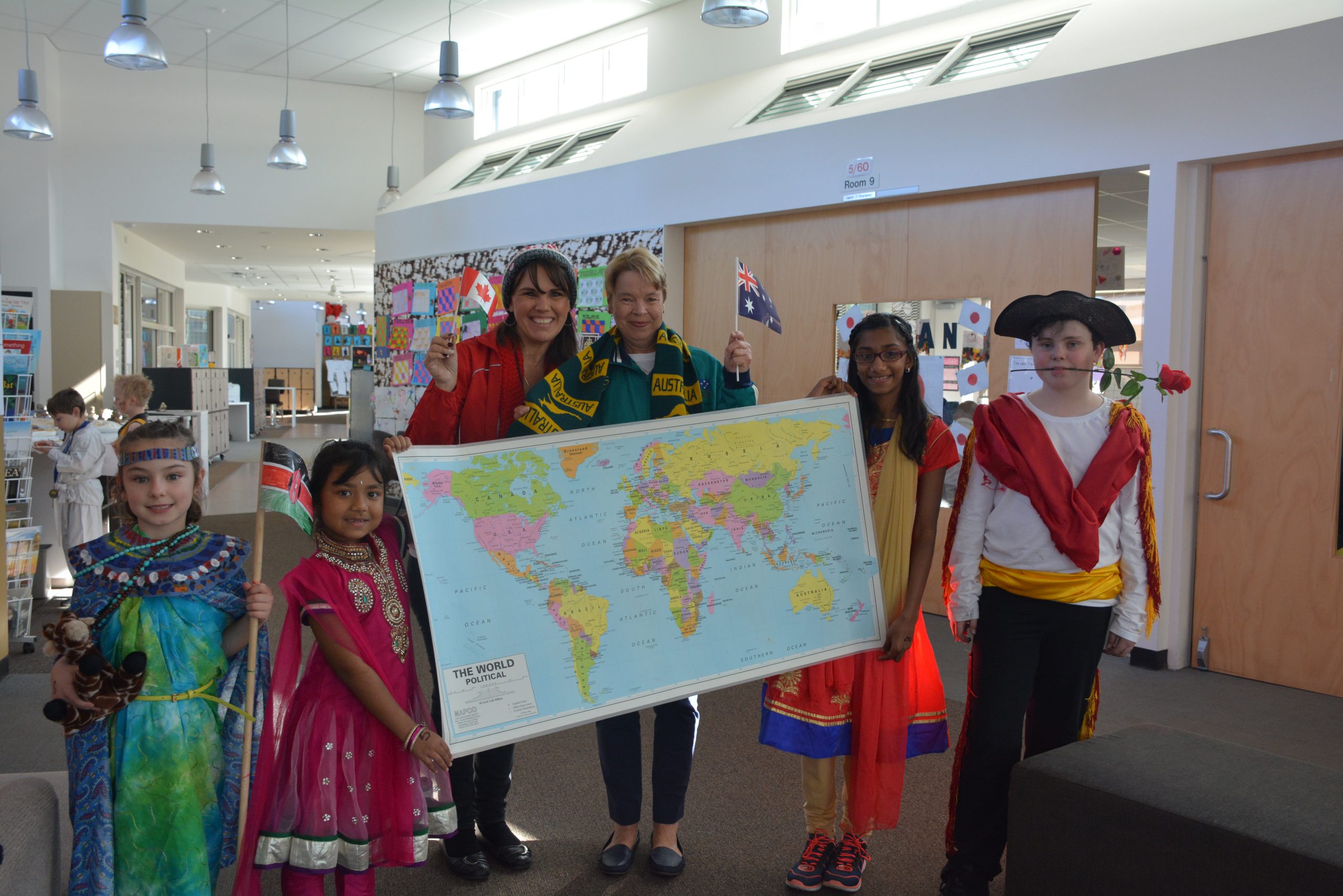 LOCAL schools are continuing to get involved in the Olympic spirit.

Representatives from the seven schools were split into teams from different countries, each with flags, costumes, and mascots.

The Olympic torch, which had toured the schools, lit a “cauldron” after a parade of nations.

Wurruk Primary School principal Dale Mills said the day was about trying to build up the cluster alliance.

“Traditionally we’ve focused on sports and camps, what we’re trying to move towards this year and into the future is a much more cohesive program between the eight schools in the cluster,” he said, focusing on the collaboration between staff at the schools.

“There’s the social aspect, the students have a chance to get together for that transition between the schools.

“(They’re) also getting a chance to apply the skills they learn in the classroom to different activities, whether that’s creativity through science and design, or things they’ve been learning about countries and cultures, and building and making different things.

“It gives them a chance to learn from different people, which is really important.”

Guthridge Primary School celebrated the Olympics by encouraging students to learn about other countries.

Kids have been learning about other places and cultures during the term, and during their Olympics Day on Wednesday, came together to tour the world.

Many dressed up in national outfits, or as Olympians, and got to try activities like Indian yoga, Jamaican hair beading, and eating pancakes with Canadian maple syrup.

Toreadors, basketballers, and representatives from Fiji, India, and Kenya could be spotted around the school as the students made their way from classroom to classroom, each donating a dollar coin to help an orphanage in Vietnam.

Principal Sue Burnett said it was a great way for the kids to learn about geography.

“It’s really exciting, because it gets the kids out of their local area and thinking broadly, and appreciating that people come from different cultures,” she said, adding that the dressing up was a lot of fun.

“We really like to celebrate that at our school.”

Ms Burnett recently returned from a trip to Greece, where she ran in amphitheatres that held the very first ancient and modern Olympics.

“Olympia’s 2500 years old, so to stand where those athletes actually stood was terrific,” she said.