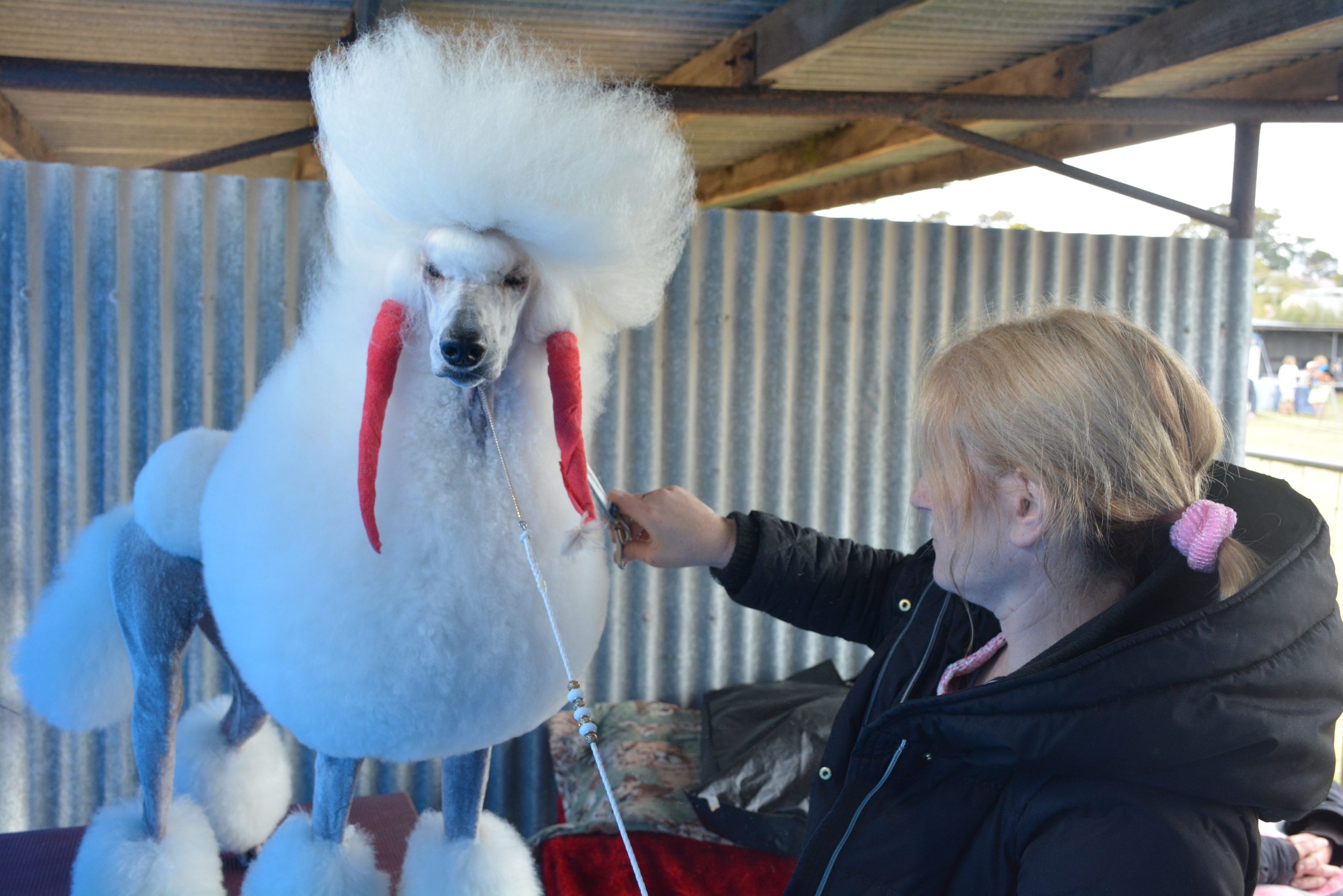 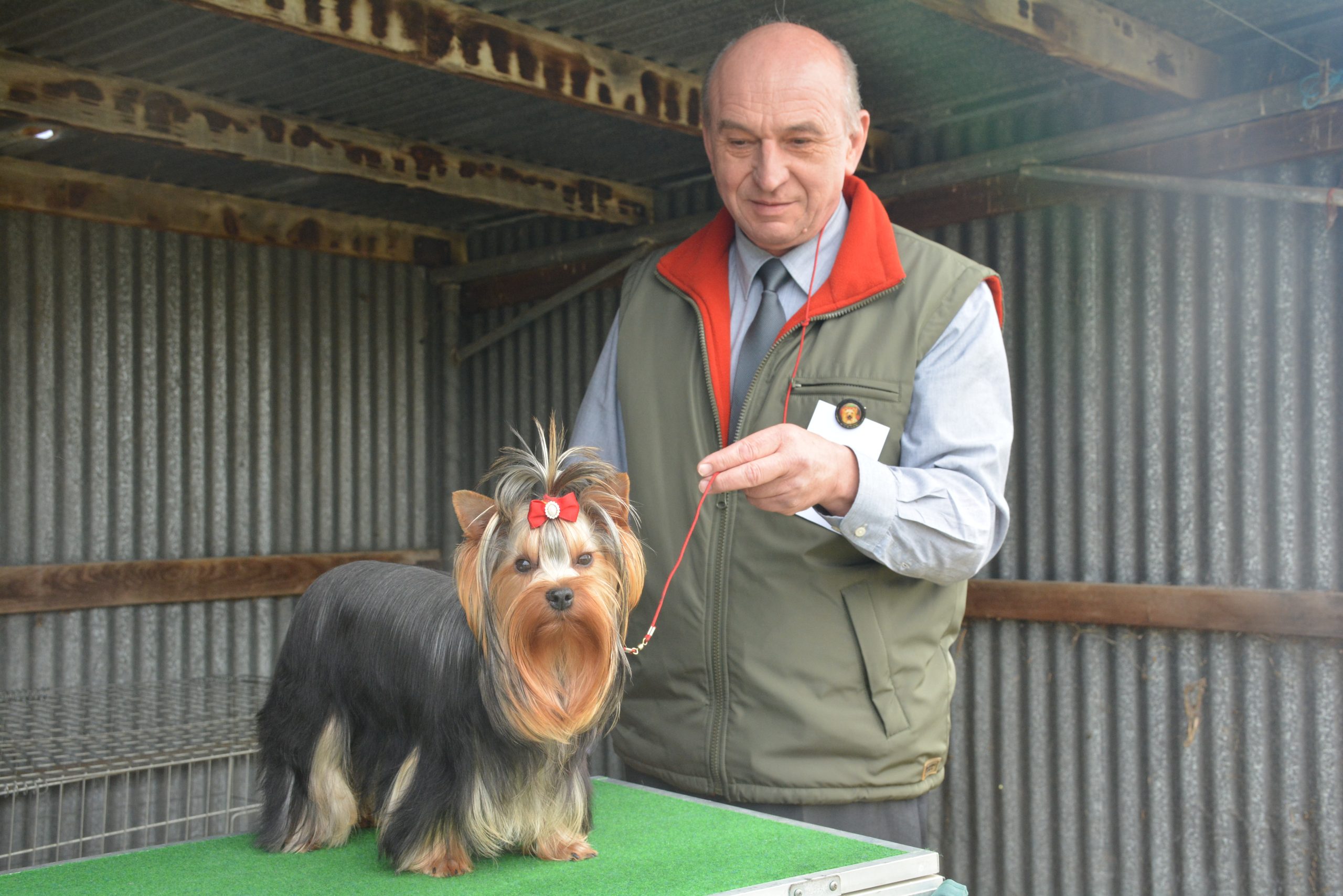 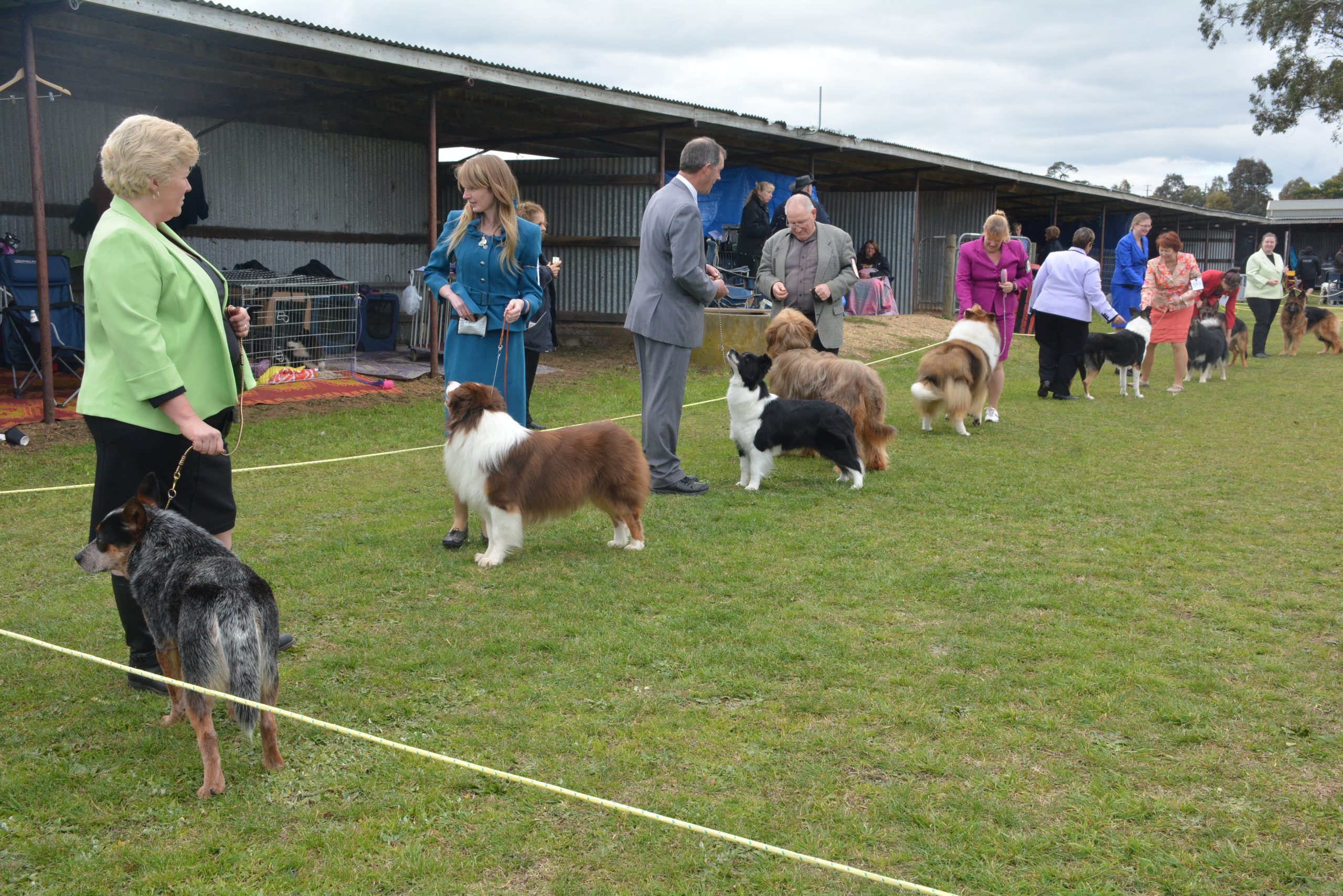 THE All Breeds Championship Dog Show was held over the weekend, with competitors from all around the state flocking to Maffra Recreation Reserve to show off their pampered pooches.

Temperate weather was a welcome adjustment to last year’s mud sty, allowing for 545 entries on Friday, and approximately 600 on both Saturday and Sunday.

French Bulldogs and Cavalier King Charles Spaniels were well represented over the competition, whereas rarer breeds, such as the Xoloitzcuintle (or Mexican Hairless Dog), not surprisingly only had one or two entries.

The categories ranged from baby puppy (around three months), right through to mature.

The most coveted trophy for each day was the ‘Best in Show’, awarded to a Doberman, a Shar Pei and a Saluki on each day respectively by three international judges heralding from New Zealand, and three from Western Australia.

“It showcases pure breeds and the efforts of responsible breeders, and it brings people who are passionate about a common interest together,” Ms Austin said.

“The exhibitors enjoyed their weekend as always in Maffra, giving lots of support to local business, and hopefully will be back again next year.”

The Sale-Maffra and District Kennel Club holds committee meetings on the fourth Monday of every month (except in December/January).