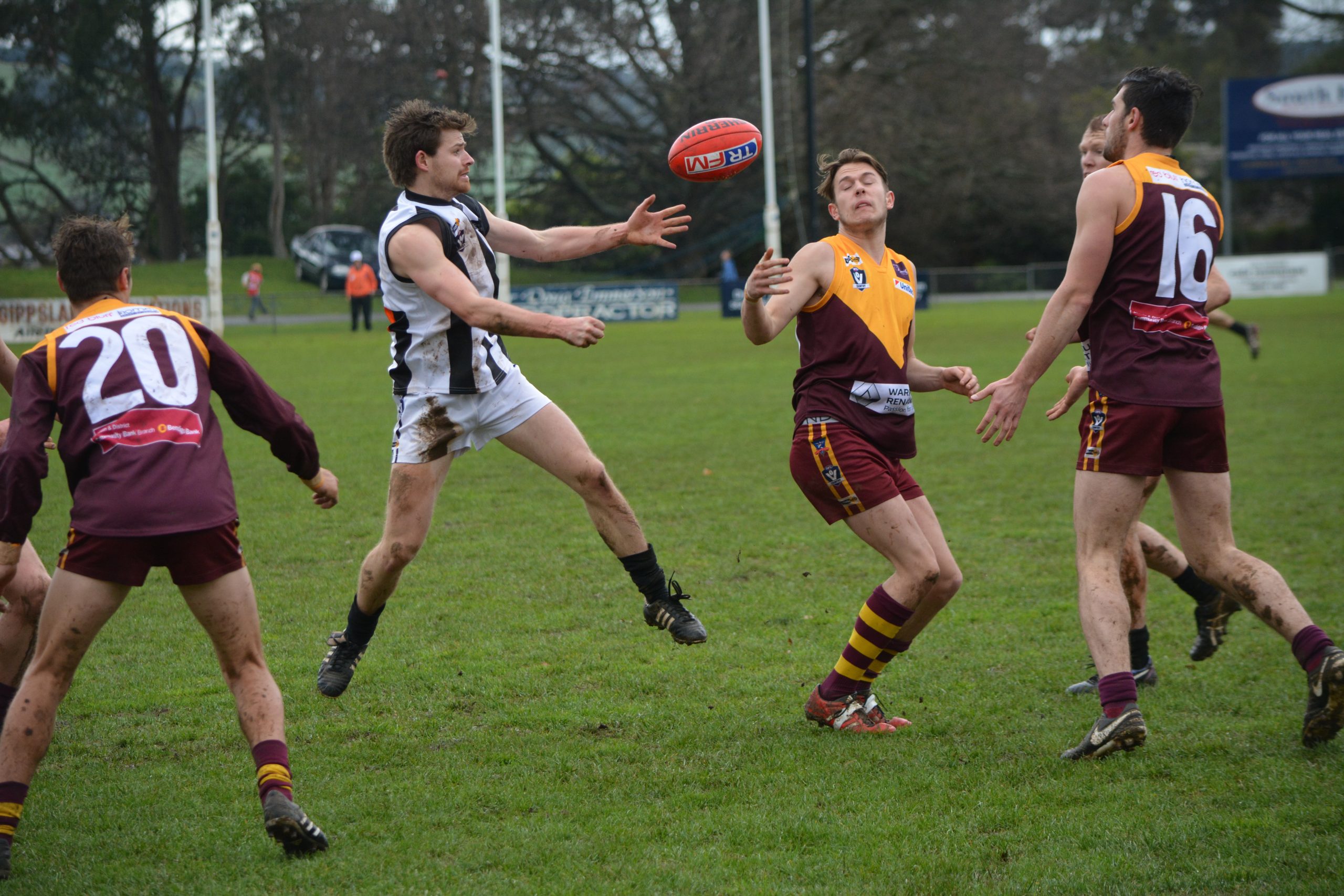 SALE is one of three teams vying for the last spot in the Gippsland League football finals on Saturday.

Warragul occupies the prized fifth position, with Sale and Wonthaggi four points adrift, hoping for the Gulls to lose at home to Maffra.

Both the Magpies and Power will face teams out of finals contention, meaning victory by a large margin may be required to boost their percentage and give them a chance of moving up the ladder. But that will be useless if Warragul upsets third-placed Maffra.

Players and supporters of the three clubs are sure to be keeping an eye on the scores at the other venues on Saturday.

SALE will host Moe, whom the Magpies have not lost at home to since 2002.

The Magpies have won their past 15 meetings with the Lions at Sale Oval.

The Magpies have won four of their past five matches to move into finals calculations, with their midfield rising to the occasion.

With Wonthaggi taking on Bairnsdale, the Magpies may need a big win to ensure their percentage remains higher than the Power’s.

But the Lions will not want to make it easy for the Magpies. The Lions were too strong for Bairnsdale, and will be looking to end their season on a similar note.

The Lions also defeated the Magpies in round nine at Moe by 47 points.

WONTHAGGI will be confident of victory against bottom side Bairnsdale, but must go on the attack if it’s to make the finals.

The Power is four points outside the top five and trails sixth-placed Sale on percentage.

The Power seemed a certainty to make the finals a month ago, but four straight defeats have seen it fall to seventh place on the ladder.

TWO teams are relying on Maffra winning at Warragul.

Victory for the Gulls will book them a place in the elimination final against local rival Drouin, regardless of what happens at Sale and Wonthaggi.

Maffra has won its past eight matches against Warragul, but the Gulls are a better side than they have been in recent seasons.

The Eagles bounced back from their loss to Traralgon by defeating Wonthaggi. They were made to work for the 10-point win, having led by only three at the final break.

With second spot secured, the Eagles will be using Saturday’s match to prepare for its qualifying final against Traralgon the following weekend.

Maffra won’t be underestimating the Gulls, who last weekend upset Traralgon by three points to keep their finals hopes alive.

DROUIN will prepare for the elimination final by heading to Leongatha for a match against the minor premier.

While they can’t be knocked out of the top five, the Hawks will not want to enter the finals on the back of two consecutive losses.

AFTER losing to Warragul Traralgon will be looking to restore some confidence when it hosts Morwell.

The Maroons will also want to atone for their one-point loss to Morwell earlier this year, while the Tigers will be playing to avoid the wooden spoon.