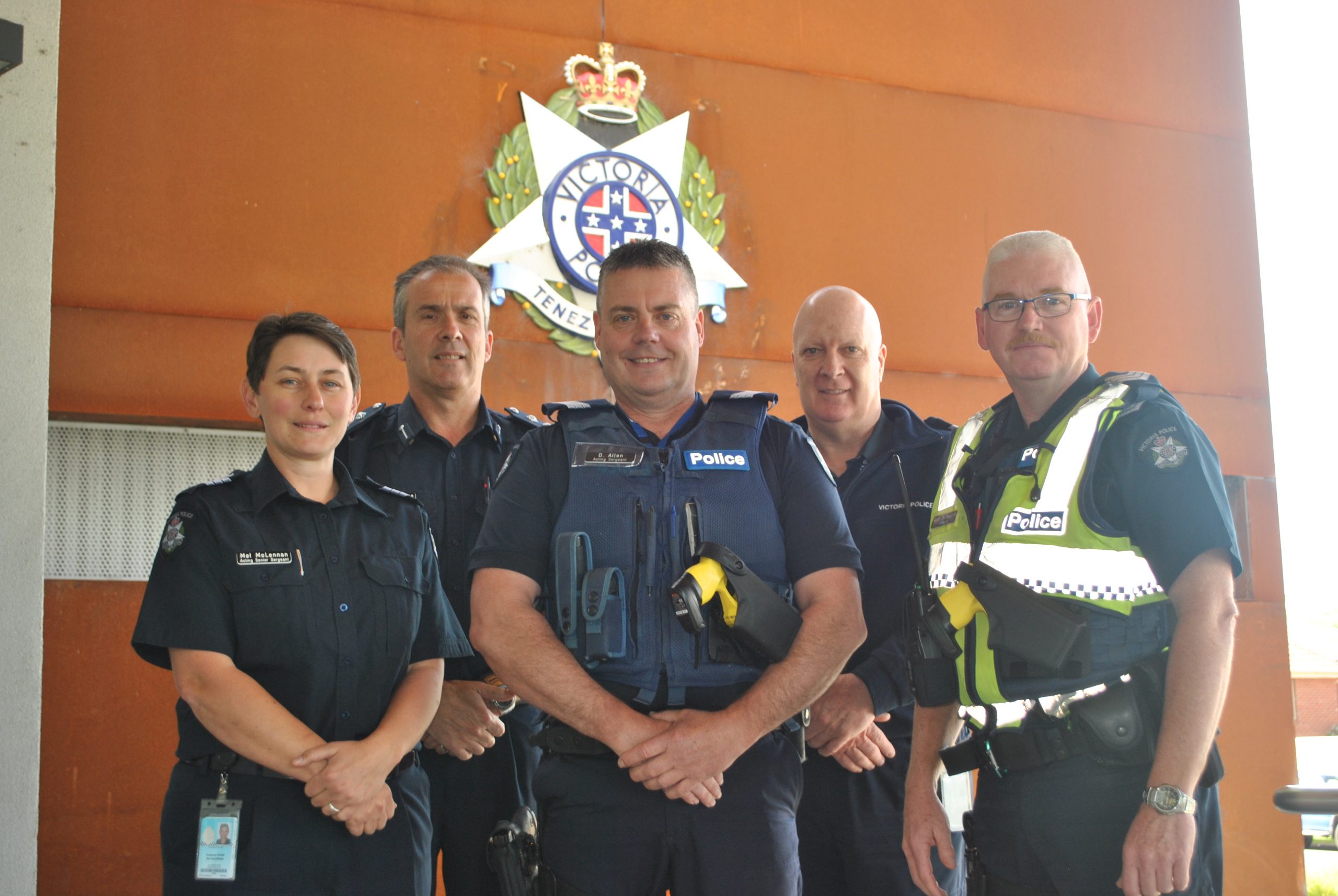 SALE police received conducted energy devices (CEDs or tasers) on Tuesday, as part of a roll-out to 24-hour police stations.

Following extensive trials which began in 2010, general duties and highway patrol officers have begun training to carry and use CEDs.

Local Area Commander for Wellington Police, Inspector Robert Wallace said police would now have another non-lethal option for the resolution of incidents when dealing with violent people and those threatening self-harm.

“They can only be used when it’s believed it will prevent death or serious injury,” Inspector Wallace said.

Victoria Police issued a statement denouncing the increase in the number of incidents where police have been confronted by armed and violent people and those who are drug or alcohol affected, often physical confrontations where police, members of the community and the individuals themselves are at risk of being injured.

Once officers are trained in their use, CEDs provide an additional tactical option to help resolve some of these high risk incidents.

In many cases, the presentation of a CED alone can help to safely diffuse a situation.

Officers are required to undertake a two-day course before being able to carry CEDs, in addition to regular training which includes negotiating and communicating techniques, general operational tactics and safety training.

Victoria Police says it will have strict accountability processes in place to monitor and record the use of CEDs, including video recording when one is presented and deployed.

In total, police at 31 stations will have CEDs, with the rollout continuing until mid-2018.