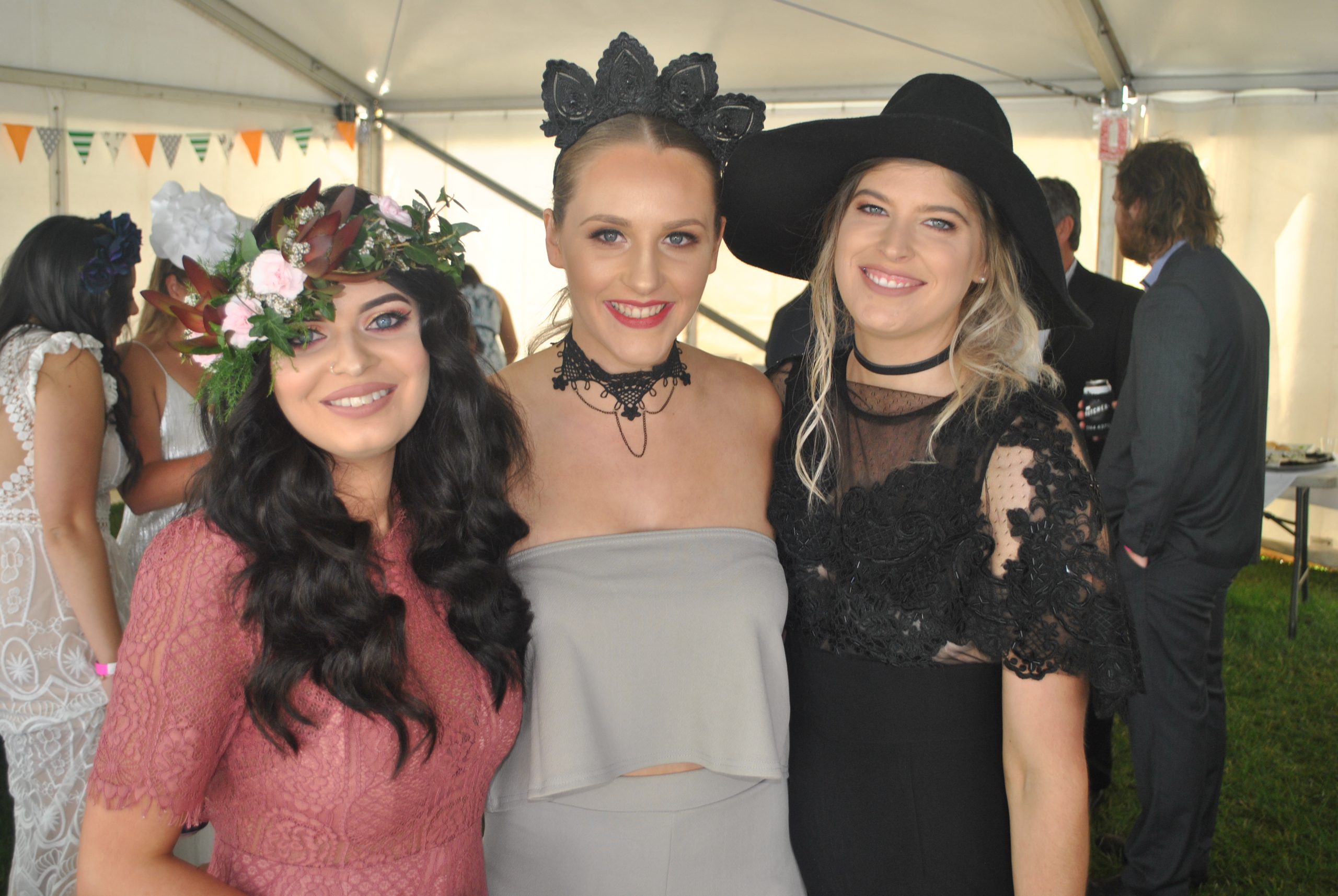 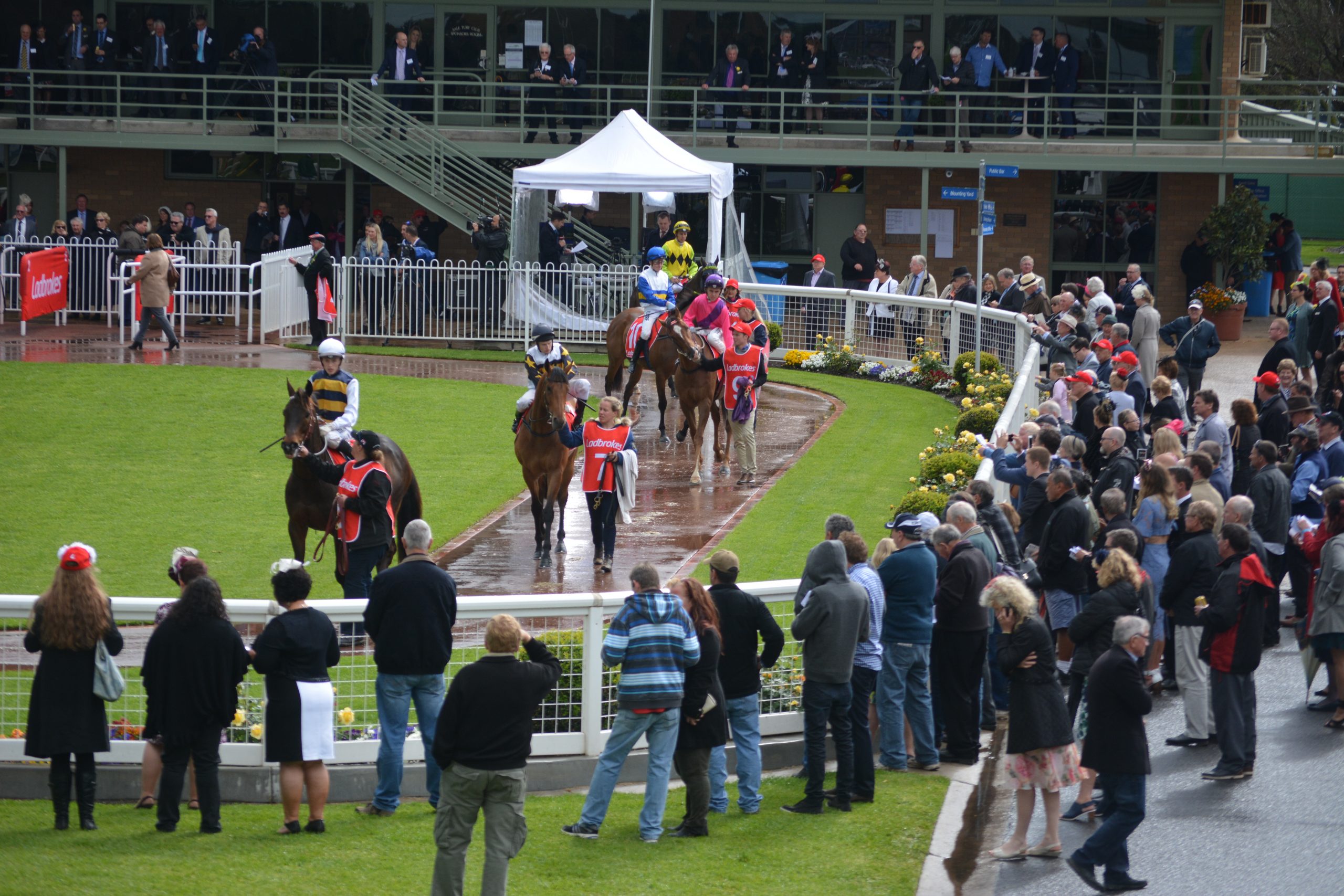 In fact, it inspired a cool new trend umbrellas and gumboots.

Fashions on the Field was hotly contested in all categories this year.

Pastels also featured heavily in the men’s category, and it was clear blue is a season favourite, with winner and runner-up in cobalt blue and blue-grey suits respectively.

On course, it was First Course which won the Sale Cup on a heavy track in a photo finish.

The eight-year-old gelding, ridden by Ben Thompson, held on to win from Cool Chap, trained by Lee and Anthony Freedman and ridden by Craig Newitt.

First Course is trained by Ken Keys at Cranbourne.

POLICE say they were happy with the crowd’s behaviour, saying patrons were “generally well behaved”.

Police conducted around 300 breath tests at the main entry of the racecourse, and recorded a few low level readings, but detected no offences.

Only one arrest was made, with police pleased with the way the majority of the crowd responded to directions.