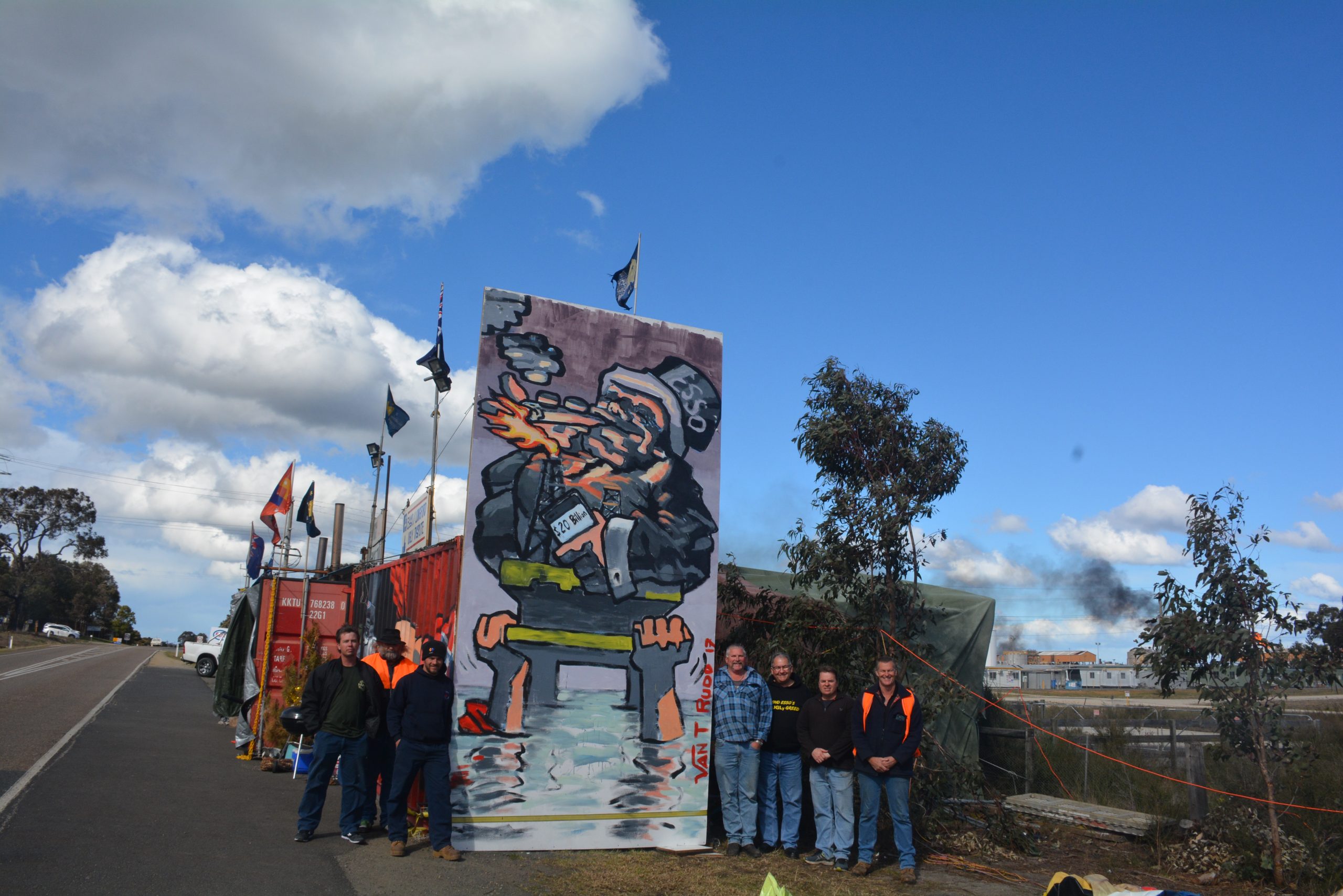 THE protest outside Esso’s Longford gas conditioning plant has hit its 12th week.

The dispute involves maintenance contract workers, who say they have lost 30 per cent of their wages and benefits and had work rosters changed under a new enterprise agreement which they had no say in with a subsidiary of contractor UGL.

Protesters have set up camp outside the gates, and said they were under surveillance from Esso security, which had taken photos and video footage of them.

A spokesperson for Esso said the company has undertaken a range of measures to protect people and assets.

“This includes temporary fences and gates and measures that monitor adherence to and reinforce our policies and expectations on a harassment free workplace,” they said.

Seven workers have reportedly been stood down over allegations of bullying and harassment, but unions organising the protest said they were not privy to the ongoing investigation and had no comment.

It is understood the unions and UGL have met for negotiations, but AWU organiser Jeff Sharp said the discussions “didn’t go far”.

“They’re bringing in overseas and interstate labour … there hasn’t been any progress at all.”

An Esso spokesperson said it was not party to discussions between UGL and unions.

The Australian Mines and Metals Association was approached for comment, but had not responded by deadline.