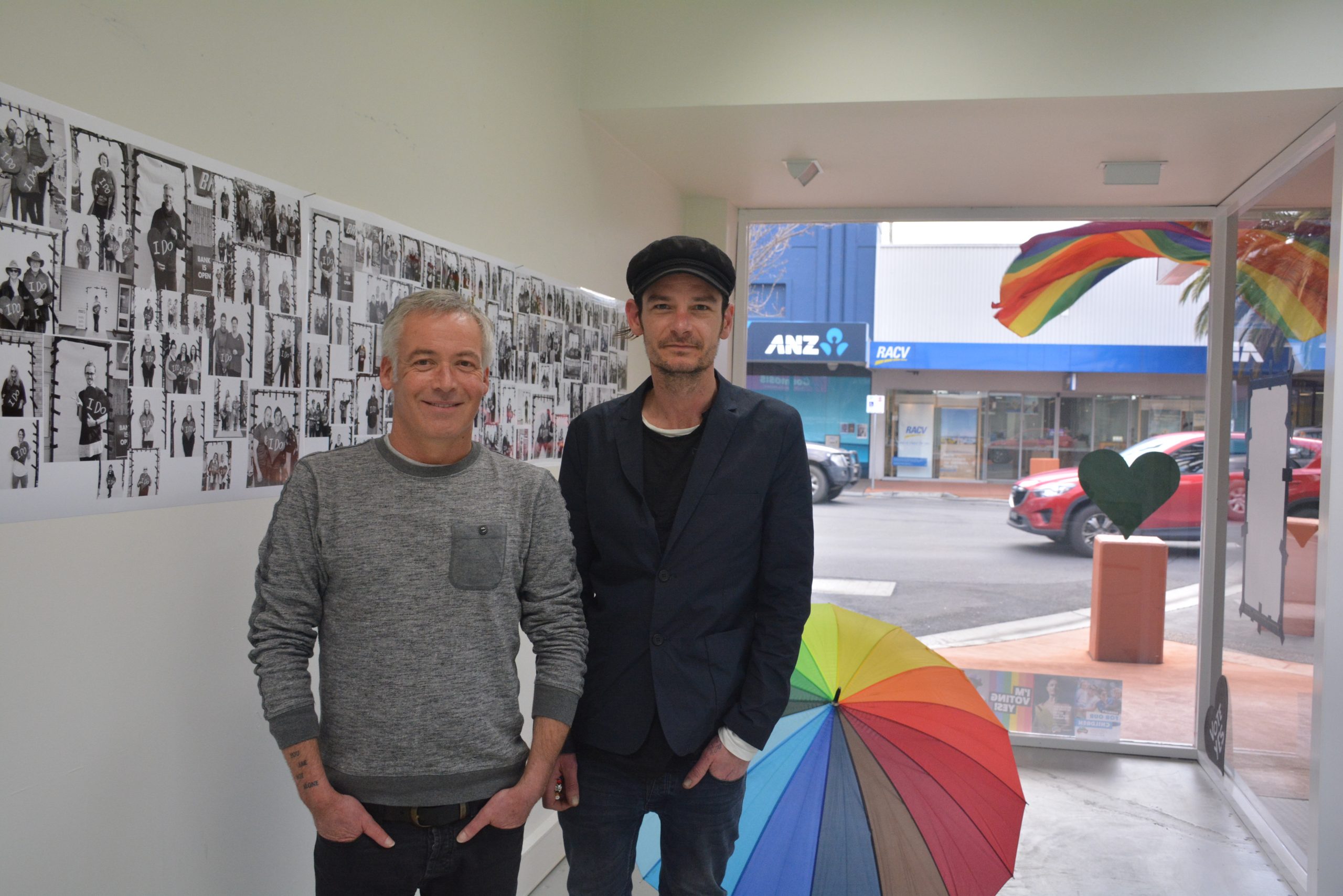 A VACANT shop in Raymond St, Sale, is enabling people in the local LGBTQI community to reach out and begin conversations, as the federal government’s postal survey on same-sex marriage hits mailboxes.

Hoping to get the facts out about what the survey will mean to people in Gippsland, Corey Alexander and Kevin O’Bryan used crowd funding to raise money to buy an advertisement in the Gippsland Times, but decided instead to use the money to rent a shop and talk to people face-to-face after realising how successful this approach can be.

For more than a week, they and their supporters have spoken with dozens of curious locals, and provided essential outreach to people who have been affected by the campaign.

The shop features resources for people who are undecided, as well as a display of Pollyannar’s ‘I Do Support Marriage Equality in Gippsland’ Big Picture, supported by plenty of cups of tea.

Mr Alexander said he hoped people would drop in and see it was a friendly environment, and that “it’s actually pretty normal here”.

“To some people who’ve never met anybody that fits under the umbrella — some of the people who are unsure are better able to respond to us when they come in here, and when they meet people in here, they never leave.

Mr O’Bryan said the survey would hopefully help educate the community about issues that LGBTQI people faced, in a peaceful way.

“There’s good support here for marriage equality, [Gippsland MHR] Darren Chester’s stood up for it … then you get a few ultra-right wingers that say no, and everyone gasps.

“This argument’s been going on for years and years.

“People are past the argument.

“Most of them have made up their minds, they want it to end, they want to move on, because there’s more important things to do — make it legal, just do it, get over it.”

The space is currently hosting an art exhibition with local artists, and will hold an open forum allowing the public to ask questions tonight, beginning at 6pm.