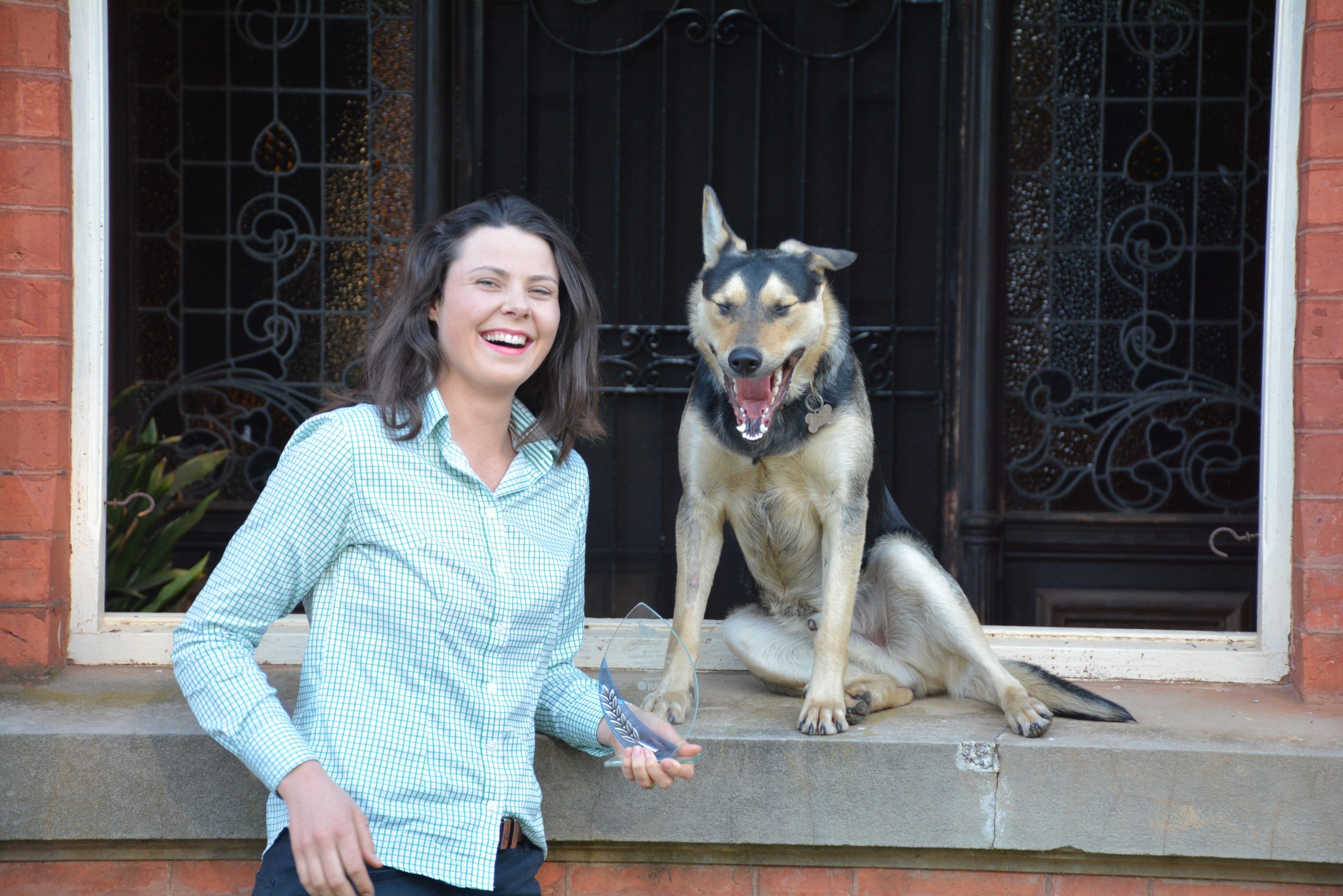 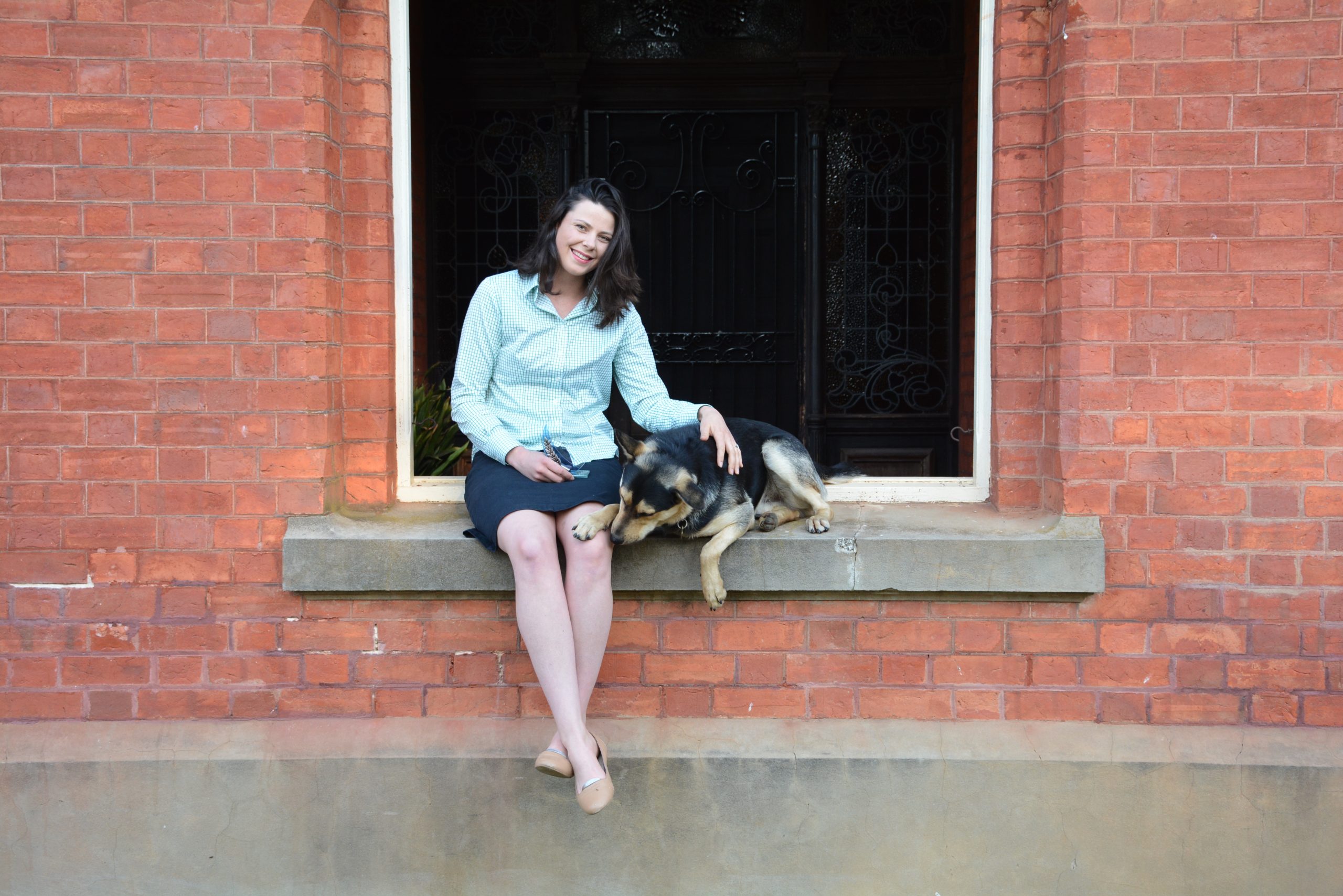 UNLIKE the scarecrows that dot her farm, Rosedale’s Sophie Crooke has been recognised for much more than just being outstanding in her field.

Representing Gippsland for the second time in the Young Rural Ambassador State Final at the Royal Melbourne Show, Sophie beat eight other finalists to walk away with the gold.

Sophie was crowned 2017 Victorian Rural Youth Ambassador at a special ceremony at the Royal Melbourne Show, winning on a criteria of general and rural knowledge, community and country show knowledge, and personality.

Victorian Agricultural Show executive officer Rod Bowles joked that the choice this year was so difficult, that by lunch time, two judges had nearly resigned.

“Eventually, when we heard the speeches tonight, it was that close in fact that right up until that point it was a small shortlist, but almost undecided,” he said.

Another half an hour in the back office with the three judges resulted in Sophie named as cream of the crop.

In a state of shock, Sophie had not planned an acceptance speech, but described her new title as an “honour”.

“I was pretty shocked, because all the other contestants were really involved in their shows,” she said.

“There were a lot of people there that were really experienced, but I think it was my speech that got me over the line in the end.”

Speaking on the importance of getting young people involved in agricultural shows around the country, Sophie was awarded $3000 as part of her prize.

“I want to try and improve a couple of aspects of our show, and some of this will go towards the prize money of the Young Farmers Challenge I’ll be running this year, which will hopefully bring in a couple of young people,” she said.

The Young Rural Ambassador award aims to highlight the talent, creativity and ingenuity of young rural people and encourage entrants to be role models in their local communities.

Sophie said the best part of the competition was networking with other farmers and gaining more experience.

“I meet a lot of people from all through Victoria who have their fingers in all different pies they’re all involved in their local shows, so I get a few ideas through them about what they do with their own show,” she said.

The 24-year-old progressed to the state finals after taking out the local title at last year’s Sale Agricultural Show, and the Gippsland section held at Duart Homestead in April this year.

Looking toward next year’s National Rural Ambassador competition in Adelaide, Sophie is now in the running for national champion, which would bring her up to a Royal standard.

“Ideally, I’d like to get involved in Royal Melbourne,” Sophie said.

But for now, Sophie is concentrating on Sale Show, which is less than five weeks away.

As a Sale and District Agricultural Society member herself, Sophie plays an important role in organising the Sale Show, and last year put together the Young Farmers Challenge.

A huge success amongst the crowd and competitors, the challenge encourages young people to get involved at the show, with teams of four between the ages of 18 and 35 undertaking timed tasks designed to emulate trials farm life can present.

Sophie said she was looking to include fun new challenges this year, such as one team member being pushed along in a wheelbarrow by a blindfolded teammate.

She hopes the challenge will be a chance to connect young people to farm life, and give them a taste of life in the Sale and District Agricultural Society, as supporting and guiding young volunteers was vital in order to keep agricultural shows alive.

The Maffra and Sale Shows rely on the same people every year, and need new hands to keep them going.

“If young people don’t get involved in the show, then the show will die, basically they need people to carry it on and learn the ropes,” she said.

“There are a lot of really outgoing, innovated members that we can learn off as young people.

“It’s all very well to organise the challenge, but the hardest part of that is getting the young people who competed it into the show society.”

When she’s not working on the Sale Show, Sophie can be seen slogging away at her Hereford farm she runs with fianc Andy Lay.