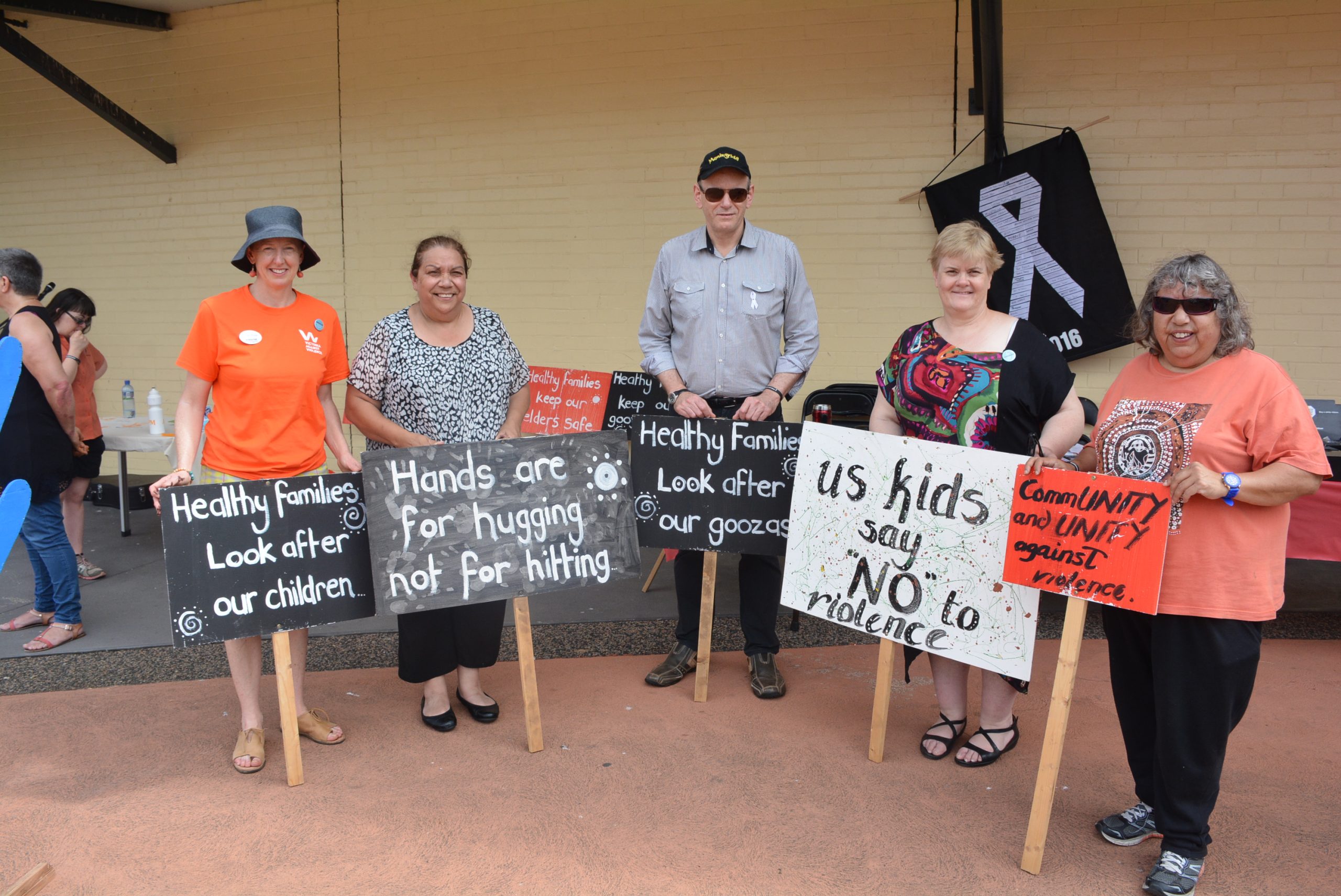 A CELEBRATION of White Ribbon Day in Sale in Saturday resulted in men, women and children turning out to support the campaign for gender equality and an end to violence against women.

There was a strong sense of optimism in the air at the White Ribbon Day stall in the mall, which was manned by staff and volunteers from a range of Gippsland community services and provided information, badges and white ribbons, a free sausage sizzle and live entertainment.

Andrea Hall from Gippsland Women’s Health said it was good to see the “climate was changing” on equality, with much greater global awareness of gender issues and gender-based violence.

Ms Hall said White Ribbon Day aimed to build on that awareness, empowering women with knowledge and tools, and encouraging communities to care.

Some of the messages from the service’s ‘Make the Link’ poster campaign, which features head shots of local people supporting the cause, include “We’re all in this Together”, “Equity Equals Team Strength”, “Placed on Merit, Not Gender”, and “Safe Women, Safe Children”.

Ivy Yarram from Yoowinna Wurnalung Healing Service said awareness days such as White Ribbon Day helped to encourage people to “look out for each other”, and challenge behaviours.

November 25 was also the United Nation’s declared International Day for the Elimination of Violence Against Women.

The ensuing 16 days of activism is a global campaign to raise awareness of gender-based violence.