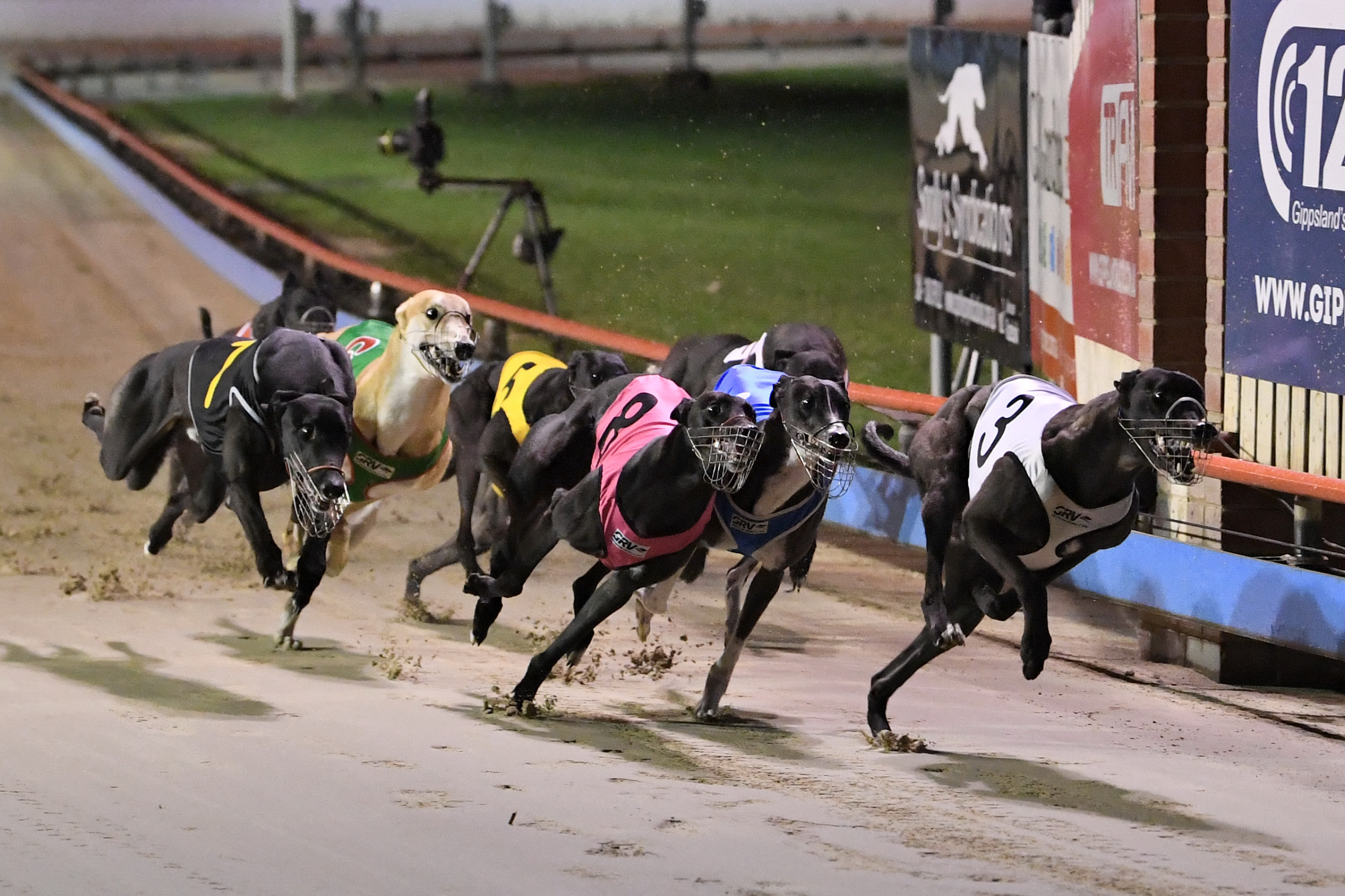 Thousands lined the track on Boxing Day to see the only interstate finalist emulate his sire Dyna Nalin, by upstaging Fanta Bale, trained by Robert Britton of Lara, in the group one 650 metre event.

Described by trainer Chris Halse as “dumb”, Quick Jagger continued WA’s excellent recent record in the cup, following in the footsteps of Dyna Nalin in 2013 and Star Recall, which was also sent to Victoria by Halse and partner Linda Britton in 2014.

While the Cannington 520m record holder had only had one unplaced middle distance appearance in his home state, he won impressively over 595m at Sandown Park before winning his Sale Cup heat in 37.37 seconds, just 0.03 outside Chasin’ Crackers’ qualifying standard.

“The dog has loads of ability and he’s always promised a lot, so to finally win a group one was a great feeling,” said

Halse, who watched the Cup in his car after trialling in WA.

“Deep down, I knew I had the fastest dog in the race, which sounds funny when you look at Fanta Bale and the other dogs in the race.

“It was just a matter of luck, because if there’s a way to get beaten, Quick Jagger will find it. If something can go wrong in a race, it will go wrong with him. The best way to put it is that he’s a dumb dog, which probably makes sense because he’s owned by a group of Irishmen.

“When he got around the first corner safely and was out wide I was really happy. I thought he had Chasin’ Crackers covered, but Fanta Bale is just a great chaser and you never know you’ve beaten her. But he was strong to the line and put them away in the straight.

“We won the Sale Cup with Star Recall. She was a very good bitch, but Quick Jagger is quicker than she was and he’s stronger too.”

It was a fairy tale result for Quick Jagger’s three owners, Irishmen Declan Edmonds and Eamonn Fitzpatrick and friend Geoff Chatfield, with first-time owner Edmonds telling GRV in the lead-up to the cup that before owning Quick Jagger he “didn’t know what a group one was”.

The winner of 12 from 27 starts, Quick Jagger is first reserve for the group three shootout, to be held at Sandown on New Year’s Day.

“It was always the plan to go to 700m with him down the track, but he can run the hands off the clock over 500m, so you try to pick up the good sprint races as well,” Halse said.

“After the way he went tonight we’ll have to step him up now. We’ve got a race called The Miata coming up over here in a couple of weeks that we’ll look at for sure.”

Sale Greyhound Racing Club’s venue manager Peter Johnston said he was thrilled with the strong attendance by the local community which came out to see the high calibre of racing on the day and make the most of free family activities.

Johnston said thousands of people attended, making the most of the perfect weather and free entertainment including a jumping castle, face painting and mega slide as well as food vans.

“This is the second year of the Gippsland Carnival, and given the success of last night, we believe it will be become a regular part of the Gippsland community’s Boxing Day celebrations,” he said.

“It is also a great economic boost to the local community, with people coming from near and far to attend, as well as competitors travelling to compete in 12 races from across the Australia, including the cup winner from WA.

The club were proud to host a VIP evening, attended by representatives from the GRV board, local politicians Danny O’Brien and Tim Bull, sponsors and local business people.

“The Sale Greyhound Cup is the first leg of Gippsland carnival and we are thrilled to kick start this fantastic carnival,” Johnston added.