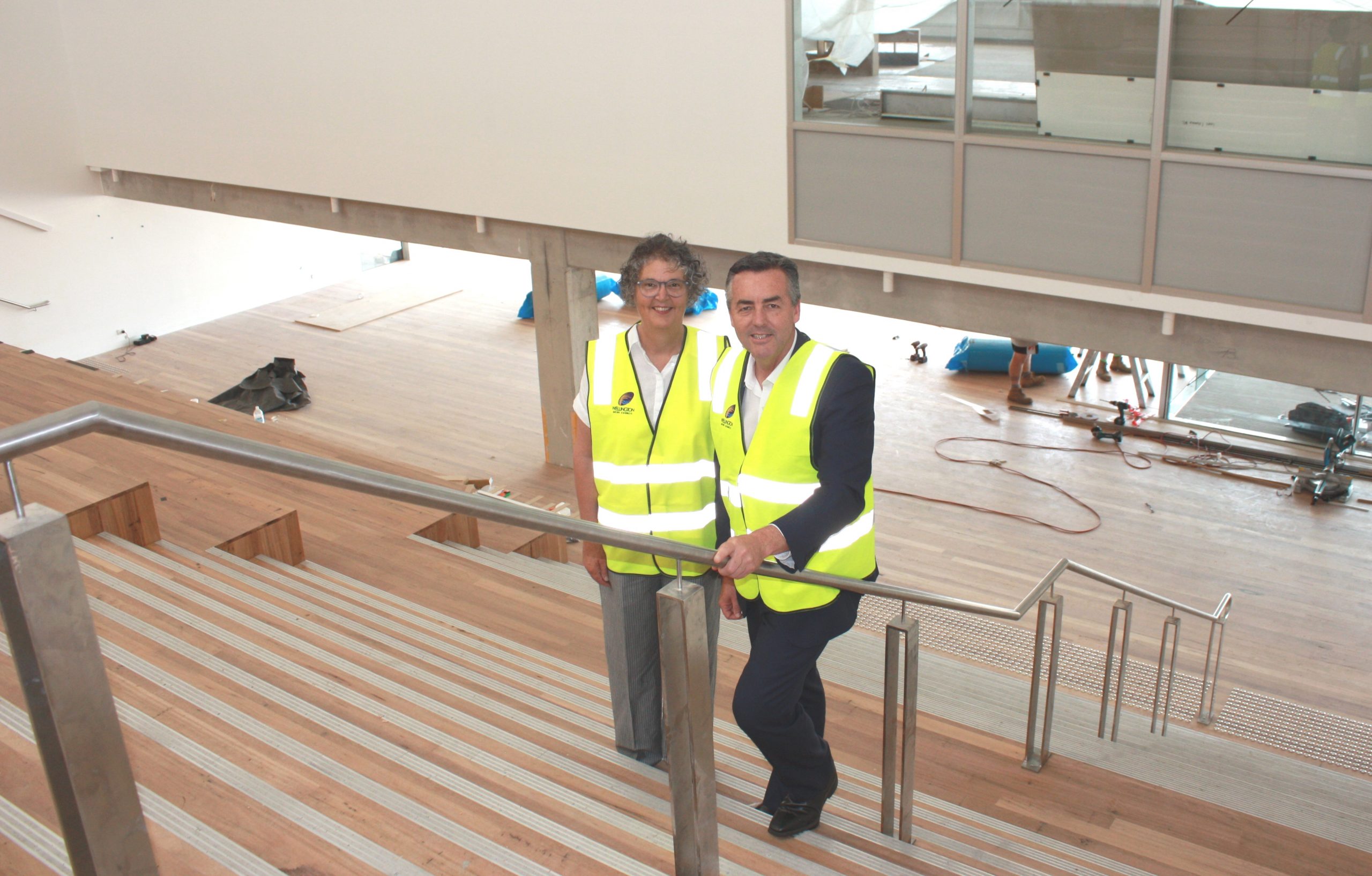 THE $14.6 million redevelopment at the Port of Sale to create a broad use community and civic space is on track to open to the public during the first week of January.

Visiting the new Wellington Centre, Gippsland MHR Darren Chester said the facility would add “a major cultural element to the area’s already strong history” and had provided an economic boost for the region.

He said 28 jobs were created during construction, with 17 ongoing jobs following project completion.

“Linking a major public building with the historic Port of Sale is creating a precinct that will provide long term benefits for our region,” Mr Chester said.

“The local community will benefit from the stand-alone library, which has been shared with Sale College in the past, and there are various community spaces with WiFi access.

“The centre has been designed to bring art to the people, and features various changing exhibitions throughout the facility in addition to the designated regional art gallery space.”

Mr Chester described it as an “impressive development”.

“I encourage locals to go along during the January holiday period and make use of the resources on offer.”

Wellington Shire mayor Carolyn Crossley said she was pleased with the outcome of the combined funding by federal, state and local governments.

“We are getting very close now to the much anticipated opening of the revitalised Port of Sale, and it was a pleasure to escort [Mr Chester] through the building that is totally unrecognisable from its past life,” she said.