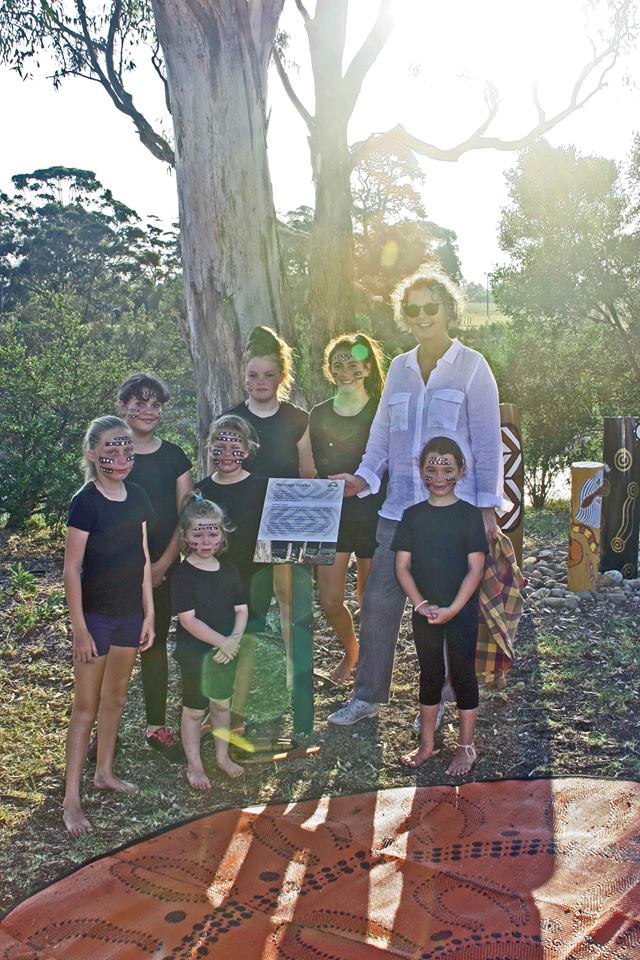 ON an ordinary corner in Stratford sits the extraordinary Garden for Humanity — named as, geographically, it’s at the juncture of McMillan St and Merrick St.

Plainly, McMillan St is named after Gippsland pioneer Angus McMillan, as it marks the indigenous trade route he followed as he crossed into what is now Stratford.

Henry Merrick was a slightly less prominent local squatter, and the only known Gippslander to lodge an official complaint with state government about the region’s infamous massacres, which slaughtered and drove away the area’s indigenous population.

In 2003, 30 women from community group Women Who Mean Business replaced the barren strip of land bordering the road with a sculpture park, and last week, three more community projects were unveiled on the corner.

Avon Landcare and Wellington Shire Council revealed a plaque detailing the plight of the critically endangered Gippsland Red Gum, of which there are four generations thriving onsite.

St Patrick’s Primary School students proudly test drove the fruits of their first dabble in civics, after lobbying the council for a safe route to school to avoid, what they not-so-affectionately dubbed, the “corner of death”.

The third project unveiled was the restoration of three indigenous message sticks.

Originally created in 2003 by Women Who Mean Business members Lynette Bishop, Sandra Neilson and Bonnie O’Shanassy as part of the Garden for Humanity, the message sticks each tell the story of local snakes, lizards and kangaroos, as well as the lives of Gunnai women and the Brayakooloong people.

Avon Landcare project manager Beth Ripper said she was extremely proud of what the groups had come together to achieve.

“There’s so many things that have come out of the Women Who Mean Business project, it’s just phenomenal,” she said.