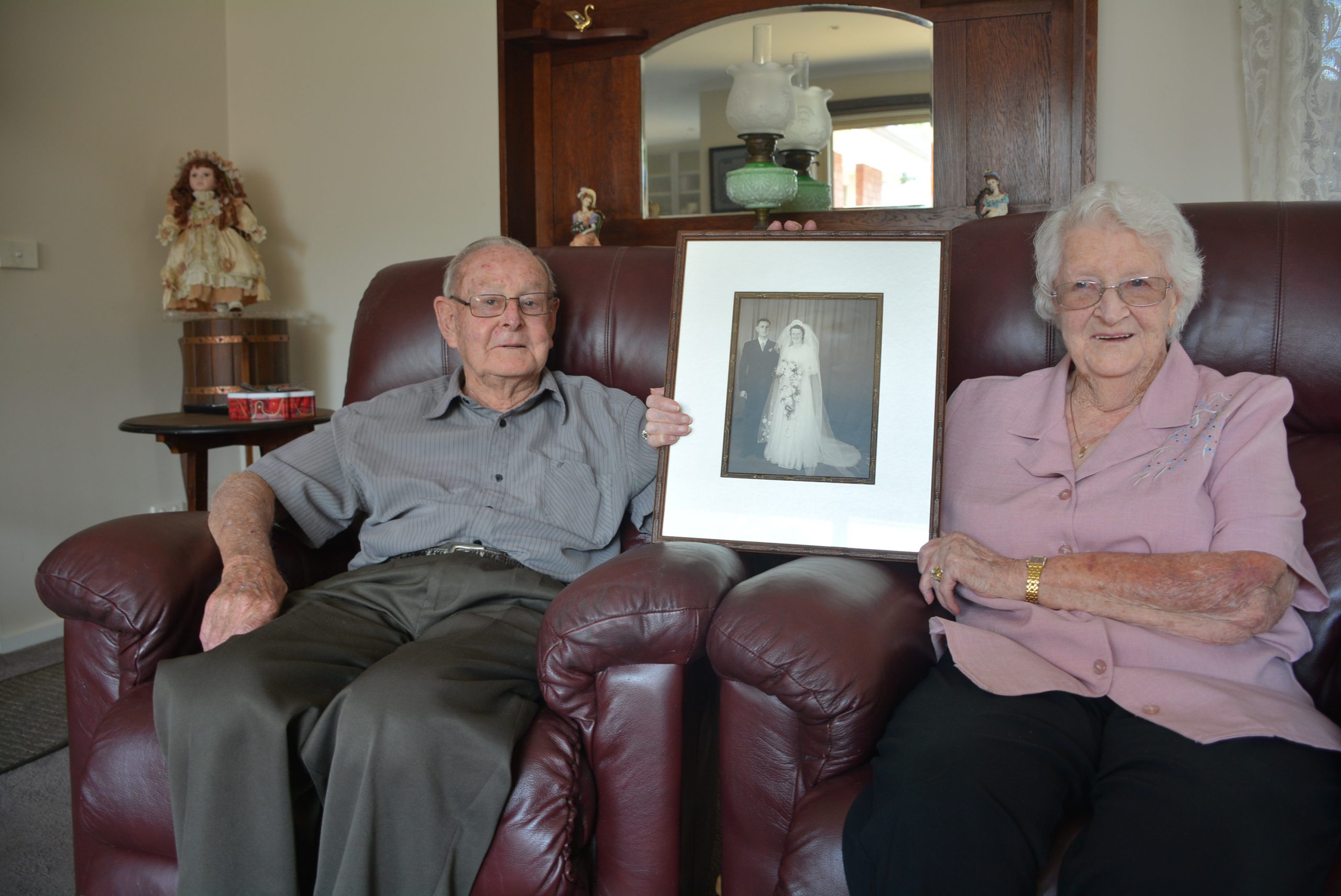 LAST year it was the Queen and Phil, and this year it’s Sale’s own Brenda and Bill Charnock celebrating the platinum milestone — otherwise known as 70 years of marriage.

Like many couples in the 1940s, the pair met at a local dance when Bill — originally a New South Welshman — was a fitter (2A) based at Sale with the RAAF.

As was the trend. Every Saturday young men and women from all around the district would flock to the Sale Mechanics Institute to dance and flirt while listening to the reassuring wartime tunes of the likes of Glenn Miller, Joe Loss, the Ink Spots and the Andrews Sisters.

Bill was posted to Townsville not long after meeting his bride-to-be, but the couple bonded their friendship through letters and the occasional phone call, and romance blossomed.

After the war, while still interstate and considering his career path post-RAAF, Bill teased Brenda with the challenge of finding him a job over the border so he could move to Sale.

Brenda took up the challenge, and found Bill a job at Lacey and Sons Engineering in Sale, and Gippsland has been home for the pair ever since.

They married in 1948 at St Paul’s Cathedral in Sale, and their growing family now consists of three children, 10 grandchildren and 12 greatgrandchildren, most of whom live locally.

And, of course, tolerance, adds Bill.

“That’s three life sentences; you don’t stay together 70 years without that,” he jokes.

Bill, 92, and Brenda, 91, have loved being part of the Sale community through organisations such as Lions, the CWA, the Masonic Lodge and the Men’s Shed, and have spent 70 years supporting each other’s hobbies and interests.

In the early days they collected the distinctive, moulded Carnival glass together, until their display cabinet was virtually bursting with more than 100 pieces.

They also took up caravanning in a succession of van styles and makes, upgrading each time to something a little more comfortable.

And in their retirement years in the 1980s, they said goodbye to Sale for eight months and travelled around the country.

Although they spent 20 years on acreage at Longford to give the three children a “country” lifestyle, and 10 years at Lakes Entrance for a sea change, they eventually returned to Sale — the town where it all began.

Bill and Brenda will celebrate their anniversary tomorrow over a family meal out on the town, with an ‘open house’ catch up with more family, friends and acquaintances after dinner.