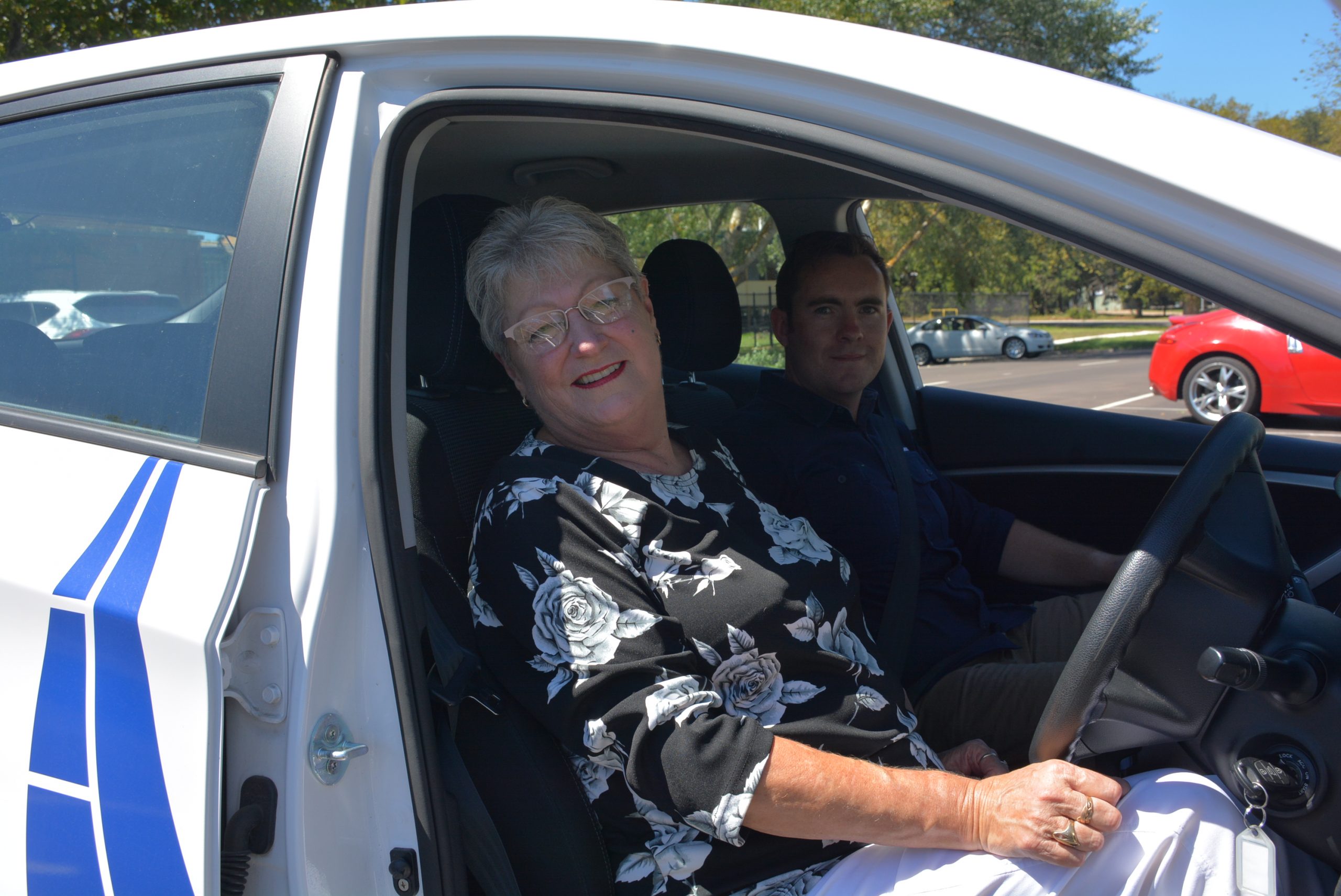 IT doesn’t matter whether you’ve driven for a week or a half-century, it’s always good to brush up on the road laws, and as part of Wellington Shire Council’s Living Longer, Driving Longer program, people aged over 60 can enjoy free driving lessons.

The 30 minute sessions, with a qualified instructor, aim to keep older people driving longer so they can stay independent and socially active.

The council is quick to point out that the lessons are not a test, and nothing will be reported to VicRoads — instead, they are a refresher, to help correct bad habits or update knowledge on new road rules and safety measures.

Funded by the Department of Health and Human Services, there will be up to 60 lessons available.

Driving instructor Chris Bird, who has experience teaching military drivers and is ready for anything, reiterated the lessons were not a test, but more of a course correction.

“As we get older, skills naturally fade away, so refresher training, revision training, and update training, is vitally important,” he said.

“There’s a number of road rule changes periodically — there’s new speed limits for passing emergency vehicles, I’ve had 16 and 17-year-olds whose parents have lost their licence over that.”

Participant Yvonne Martin, from Sale Senior Citizens Club, said it would be useful for drivers to build back confidence, especially if circumstances had changed.

“I think I’m a pretty good driver, and I’m yet to hear anybody say they thought they were a lousy driver,” she said.

“There’s so many dodos on the road, and you see them umpteen times every day — maybe I’m one of those dodos and I don’t know it.

“It’s a golden opportunity to have someone look at me and assess me, and say, well, you’re not quite cracking it, girl.”

“Some people might say, why over 60, they’ve been driving for years?” she said.

“Driving circumstances have changed, there could be a circumstance change in their life, to who used to drive in the household or the rules have changed; they may be isolated now where they weren’t before, and also, people are quite timid at going into the city now,” she said.

“Communities in our area are getting older, and there’s more older people moving to this great community to retire, and they’re finding different things — they may have had trains and trams in the city, and now they have to rely on a car.

“It’s enabling people to catch up, refresh, get confidence, so they can engage fully in the community and not be isolated.”

“We can all develop bad habits over the years, and sometimes when we get to more advanced ages, we might need a second opinion about our ability to drive,” he said.

“I’m fully aware it’s a refresher, not a test — but particularly given older drivers feature significantly in our road trauma and collision statistics, we fully support (this project).”

Ms Martin said she was encouraging people to at least think about going for a lesson.

“There was one chap I thought could have used it, but there was no way he was going there, “ she said.

“I think the fear was that he’d be assessed and his licence would be taken from him, but that’s not the aim of the program.

“Think about it — if you’re not really capable, you shouldn’t be on the road, because you’re not just risking your life, you’re risking every other road user as well.”

Lessons can be organised from any major town in the shire including Sale, Maffra, Yarram, Rosedale, Stratford and Heyfield.

To become involved, phone the council’s community wellbeing team on 5142 3186.