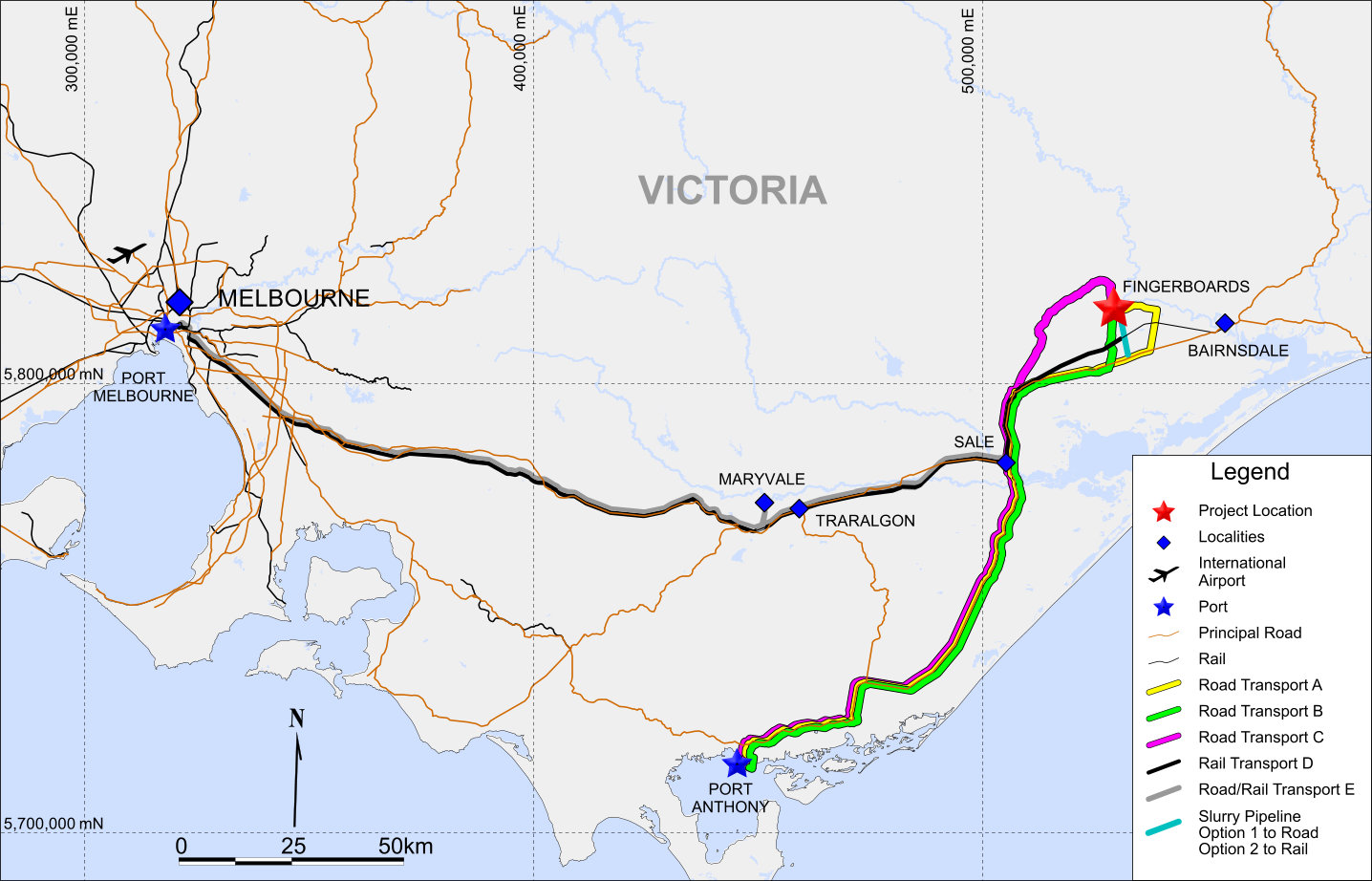 PROPONENT of the Fingerboards mineral sands mine, Kalbar Resources, has made changes to its proposed mine, including a second mining unit plant, modified arrangements for storage of residual material and additional mining equipment and transport requirements.

The proposed mine, near Glenaladale, is expected to produce minerals sands products including titanium, zircon and rare earths, which are used in a wide range of household and industrial applications.

The proponent has made refinements to the proposed project to improve production efficiency, modify the location of mine infrastructure and reduce the annual water requirements for the project. Refinements to the methods of separating and storing the mined material on the site have also been proposed.

Baseline data on soils, water and dust is also being collected.

Kalbar managing director, Neil O’Loughlin, said the firm had carried out more detailed evaluation of the Glenaladale deposit, and modified some of the proposed methods of mineral extraction now it had a better understanding of the resource and the strong global market conditions.

“This has led to refinements to the project description which we have provided to the Department of Environment, Land, Water and Planning and the Commonwealth, for inclusion in the final project scoping requirements and assessment in the Environment Effects Statement,” Mr O’Loughlin said.

The company estimates the project will create up to 200 direct jobs on the mine site, injecting wages of $15-20 million into the economy each year and generating another $10 million annually in royalties and tax payments for the Victorian government.

The proposed project will now include a second mining unit plant for recovery and separation of the mineral sands, modified storage of residual material arrangements before placement back in the mine void, and additional mining equipment and transport requirements.

Further assessment of the transport of concentrate will consider the feasibility of using road and rail.

There are three options for road transport from the site to the Princes Highway, with up to 40 truck movements per day, both to and from the project site.

According to the company, the ability to use rail would reduce the number of required truck movements.

About 96 per cent of the mined material, which a Kalbar representative said was mostly clay, sand and quartz, will be replaced in the mine void and the landscape fully rehabilitated as the mine proceeds.

“The Fingerboards project has been extensively explored since 2004 and has some of the highest zircon grades of undeveloped mineral sands projects in the world,” Mr O’Loughlin said.

“It presents a great opportunity for investment in the region, but first we must ensure that all potential impacts of the project can be properly managed.”