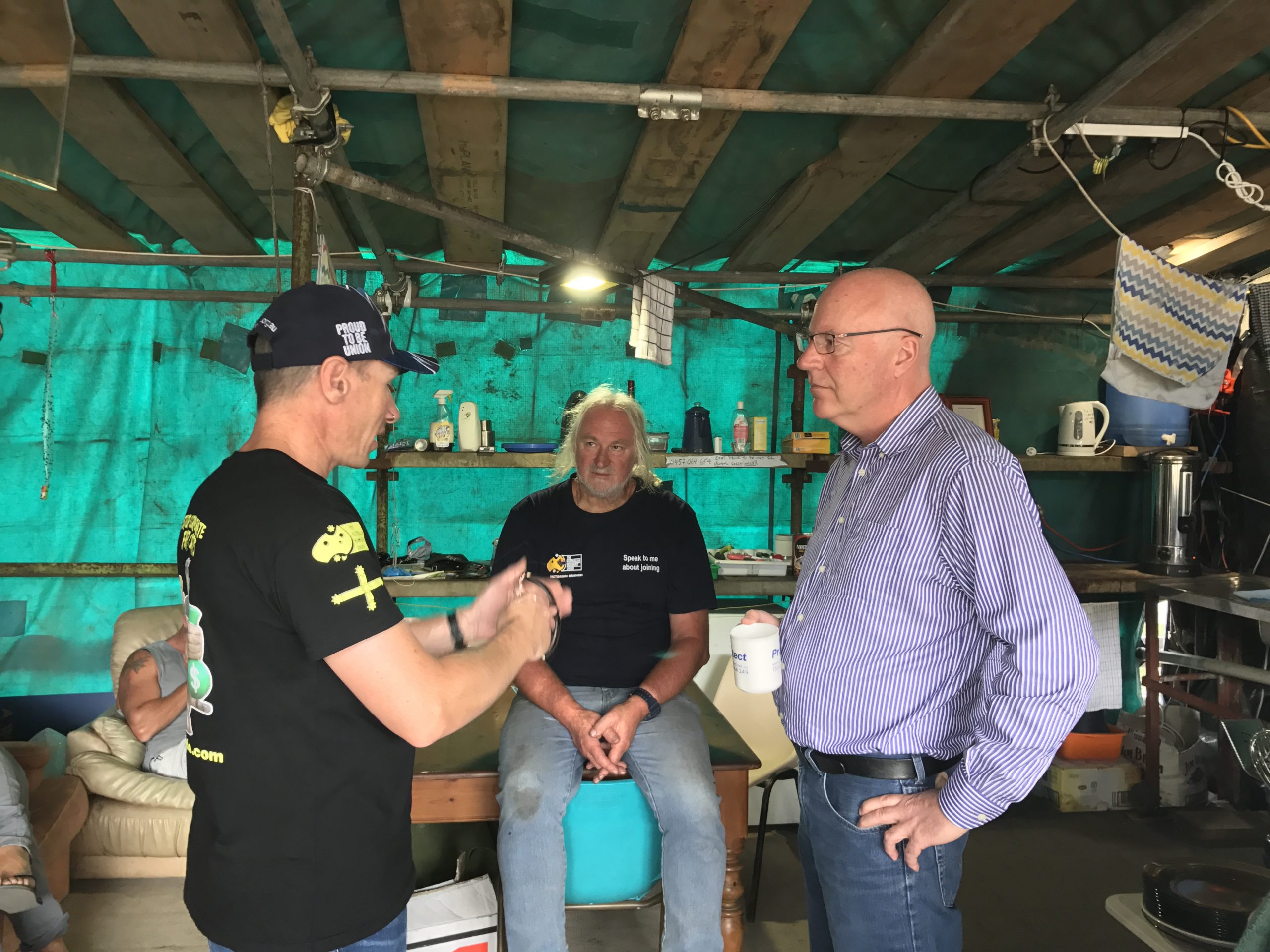 AN international group pushing for global tax reform says the current senate inquiry into ExxonMobil’s tax minimisation tactics will give strength to former Gippsland workers’ fight for the return of their wages and conditions.

The Tax Justice Network Australia is calling on the federal government to close loopholes that have allowed the multinational oil giant, parent company of Esso, to reap billions in profits while cutting wages and reducing workers’ conditions, including at its Gippsland site.

Mr Ward, a hearing witness and Make Exxon Pay researcher, said the inquiry heard Exxon Mobil did not expect to pay any corporate income tax in Australia until 2021.

“The company estimated it would pay around $600 million in 2021 only after paying nothing for eight years in a row,” he said.

He said the testimony proved the company was “arrogant, entitled and not transparent” when it came to  paying no tax in Australia.

Mr Ward, who was involved in last year’s landmark case against oil giant Chevron, which saw the  multi-national abandon its appeal against the Australian Tax Office in the High Court, said that case had parallels in Gippsland and set a precedent in “tackling corporate tax dodging”.

He believed the “people power” behind the current Gippsland fight over “corporate greed” would eventually see fair wages and conditions returned to workers.

“It’s been a long fight so far, but the Tax Justice Network knows that it’s important to expose multinationals for what they do, to stand up for working families, make noise and put the spotlight on their tax avoidance and their slashing of our wages and conditions,” Mr Ward said.

The federal government is expected to score a multi-billion dollar windfall as a result of the ATO’s fight with Chevron over its tax arrangements. Last year, the company was accused of paying no company tax in five of the previous seven financial years.

Senator Marshall, who also met with former on and off-shore workers at Longford on Tuesday before fronting Wednesday’s inquiry, told the Gippsland Times the federal government must change laws that allow multi-nationals to avoid tax and engage in unfair work practices.

Senator Marshall said he wanted to come to Sale to meet the people affected by last year’s contract changes at ExxonMobil that saw many local employees replaced by to fly-in fly-out workers contracted to UGL-Kaefer at cheaper rates and reduced conditions.

He said it was important to create a true picture of the oil giant’s behaviour and tax affairs, with all the information gathered during the inquiry to “go straight” to the ATO.

“Everything that we know about the way they do business will support the local fight here in Gippsland to restore wages and conditions,” Senator Marshall said.

A bus load of former ExxonMobil-UGL workers and union officials headed to the inquiry in Melbourne on Wednesday to make their presence felt and garner support for their cause.

The TJN and unions claim ExxonMobil has made $24.8 billion dollars in the last three years but paid no company tax in Australia.

Mr Ward said it was time ExxonMobil “paid up” and stopped slashing wages and condition.

“We’ll be out the front of the Senate Inquiry venue, standing up for working families,” he said.

In 2015, the ATO started requiring big companies to disclose their tax payments in a bid to curb alleged tax avoidance.

However some multi-nationals have been accused of moving income to countries where taxes are lower.

An ExxonMobil spokesman said the company welcomed the opportunity to appear before the Senate Economics Committee.

“We have also made a submission, which responds to many of the incorrect allegations made by the unions and the Tax Justice Network,” he said.

“It is also important to not confuse revenue with profit, as a wholesaler of automotive fuels most of ExxonMobil Australia’s revenue is made up of the cost of oil and refined product, as well as federal excise.

“Despite currently being in a corporate income tax loss position, Esso continues to pay significant amounts of tax to all levels of government including more than $250 million in petroleum resource rent tax, and millions of dollars in rates to the Wellington Shire Council.”

Regarding Esso’s maintenance contract with UGL, the spokesman said the specific rates of pay and conditions of employment were a matter between UGL and its employees.