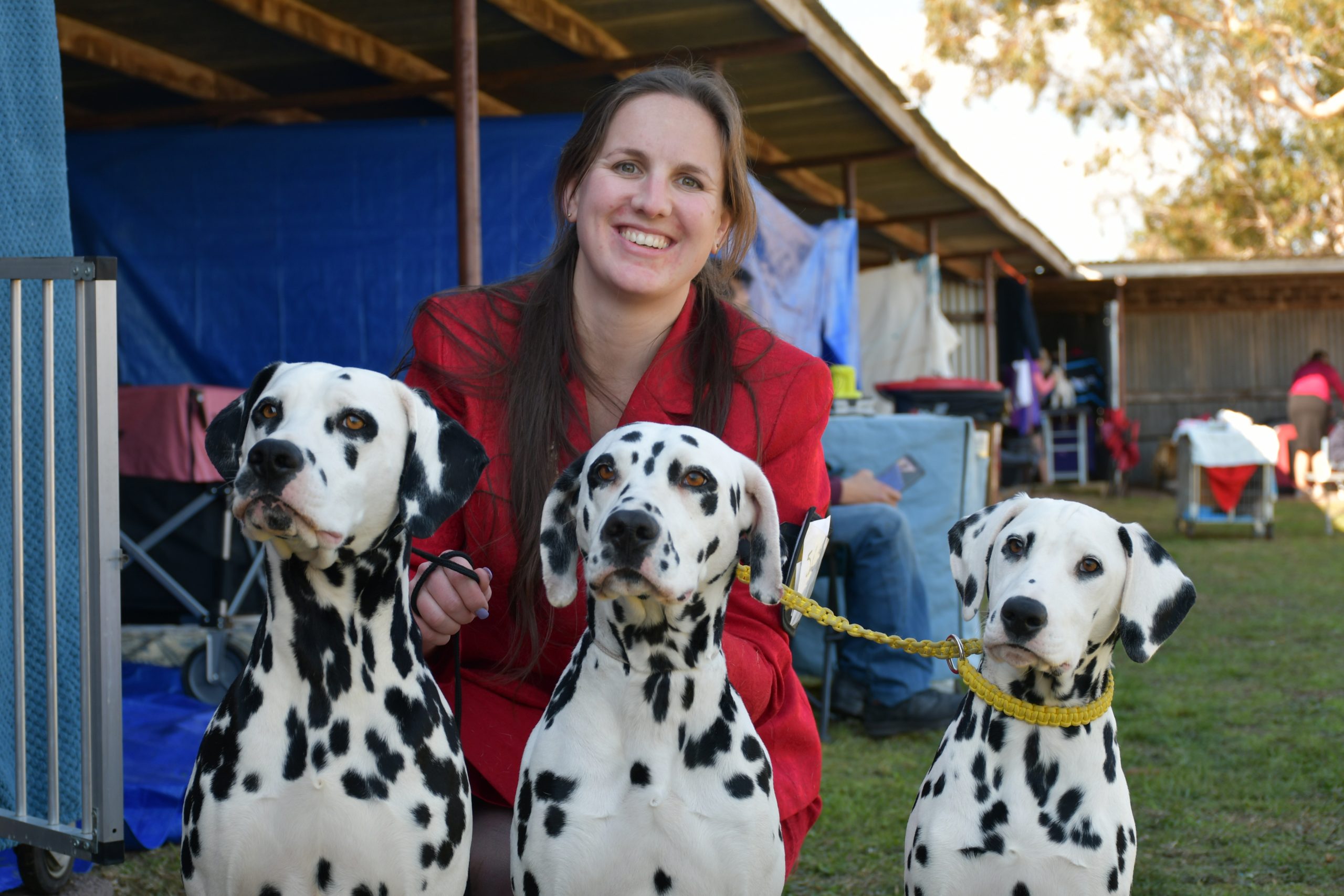 IN its 60th year, the Gippsland and District International Winter Dog Show, held in Maffra, brought sunshine and hundreds of dogs of all shapes and sizes.

Held across three days, with more than 600 competitors across 120 breeds, competition was fierce.

Best-in-show winners took nationally-ranked points, and with judges from Canada and Portugal, nothing was left to chance.

Angela Kelly, showing Denver the Newfoundlander, has been coming to Maffra since 1985.

“It takes me about three and a half to four hours to prepare for every show, washing him, blowdrying, scissors, you name it — it’s a little bit more than I spend on my hair, believe me,” she said.

“It’s a rewarding thing, if you like the breed, and (the competition) is very friendly, the atmosphere, and it’s good to support a local organisation.

“He’s a nice dog, so we’ll see what happens today.”

Across from Denver at the Showgrounds was Penny Kelly, with the imposing and intimidating Hungarian Puli, Preston — former US national champion in 2016 and number two all-breeds dog in 2017, most recently the number one all-breeds dog in Australia.

“Preston also won the Sydney Royal Show this year, the biggest in Australia, it’s a very big deal,” she beamed.

“It takes a day to wash and bath him, and in between that, he’s a dog, he runs on the park and on the beach, he plays with the cats, he’s living his best life.

“He’s a working dog, so he needs to be kept active, so whilst he comes here and is a show dog, he also lives at our house and he’s part of our family.”

Preston himself seemed unfazed by the attention.

Organiser and club treasurer Lesley Fairhall said the event brought hundreds of people to the district every year.

“There’s 320 individual exhibitors here today, and they’re not just here on their own, there’s at least 500 people just from the exhibitors,” she said, noting support from local businesses and Wellington Shire Council.

“It’s good seeing it all come together, and seeing the weather hold — we’ve had some dreadful years, knee-deep in mud, and when you have a dog with a coat, it’s no fun.”