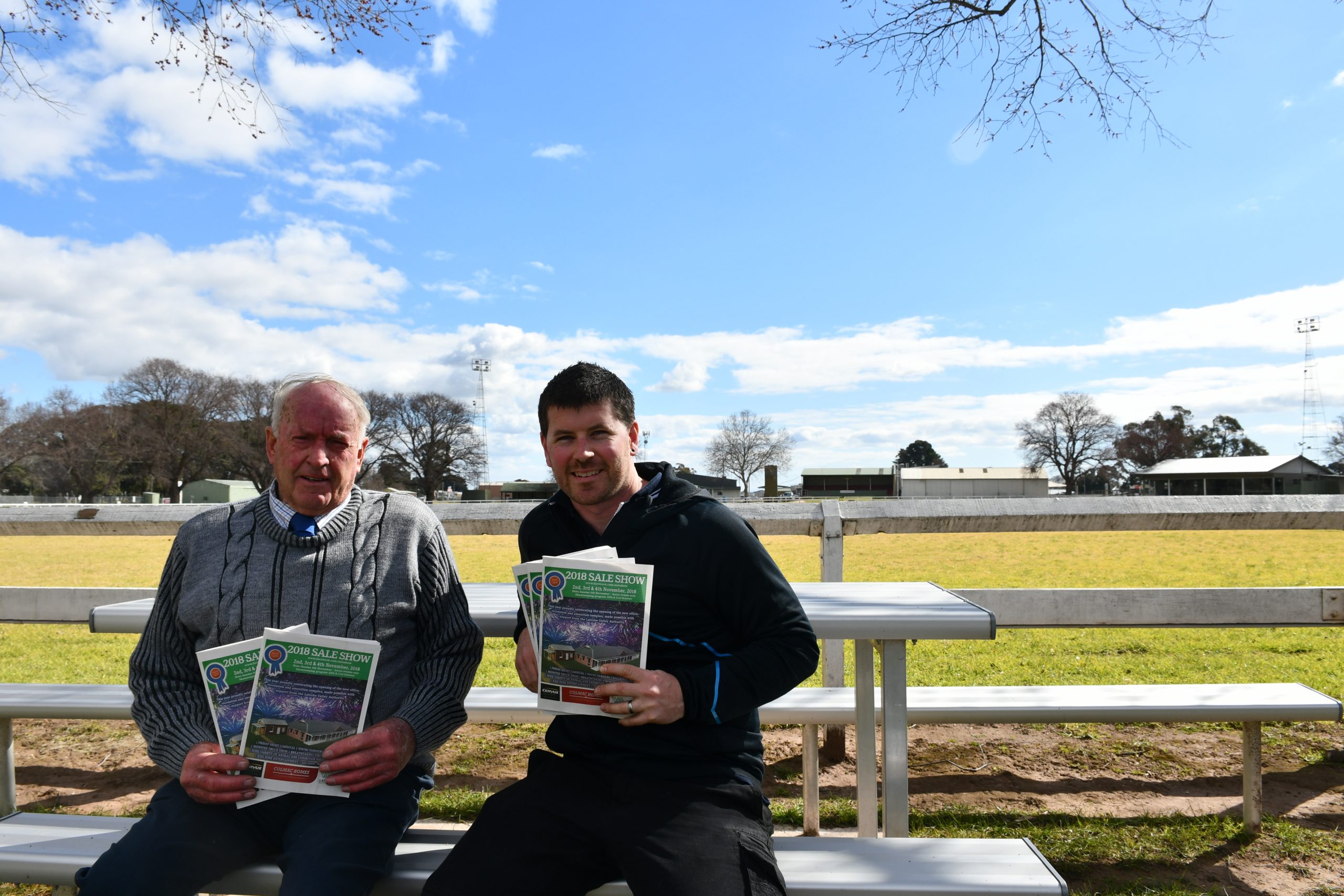 The Sale Agricultural Society, now running from its recently constructed headquarters, has a few new things for this year’s Sale Show.

New president John Mowat, who has not only won dozens of prime lamb ribbons but has been to every Sale Show but one (he reckons), said all of the improvements were fantastic.

“We’re very proud of the new building,” he said — the building includes a new toilet block as well as new committee rooms, and a public space for the caravan park.

“There’s been a lot of improvements done on the showgrounds in time I’ve been involved in it — the caravan park, the new buildings, the new committee room, the huge new shed and horse stables, and it’s all good for the Show.”

Committee member Matt Stagg said there would also be all the old favourites, including fireworks and monster trucks on Friday night, and the Young Farmers’ Challenge.

He encouraged everyone to get their entries in as soon as possible, whether it be a prize pig or chook, or their children’s art, or that new jam recipe.

“I think the tough times for the farmers, this gives them something to get away and have a break, bring the kids along and have a good weekend out, especially when it’s fairly tough at home,” he said.

“(The Sale Show) showcases the local fare as well, times might be tough, but people still come and exhibit their animals and get their kids’ art involved, it’s a big family thing.”

A highlight for the districts’ bakers is always the National Carrot Cake Competition, and this year, organiser Rosemary Mowat is planning something very special for its 15th year — the Champion of Champions competition, with a prize donated from the Covino family.

“That’s all the previous winners out the professional and open sections, up against one another,” Mr Mowat explained.

One expects the competition will be fierce.