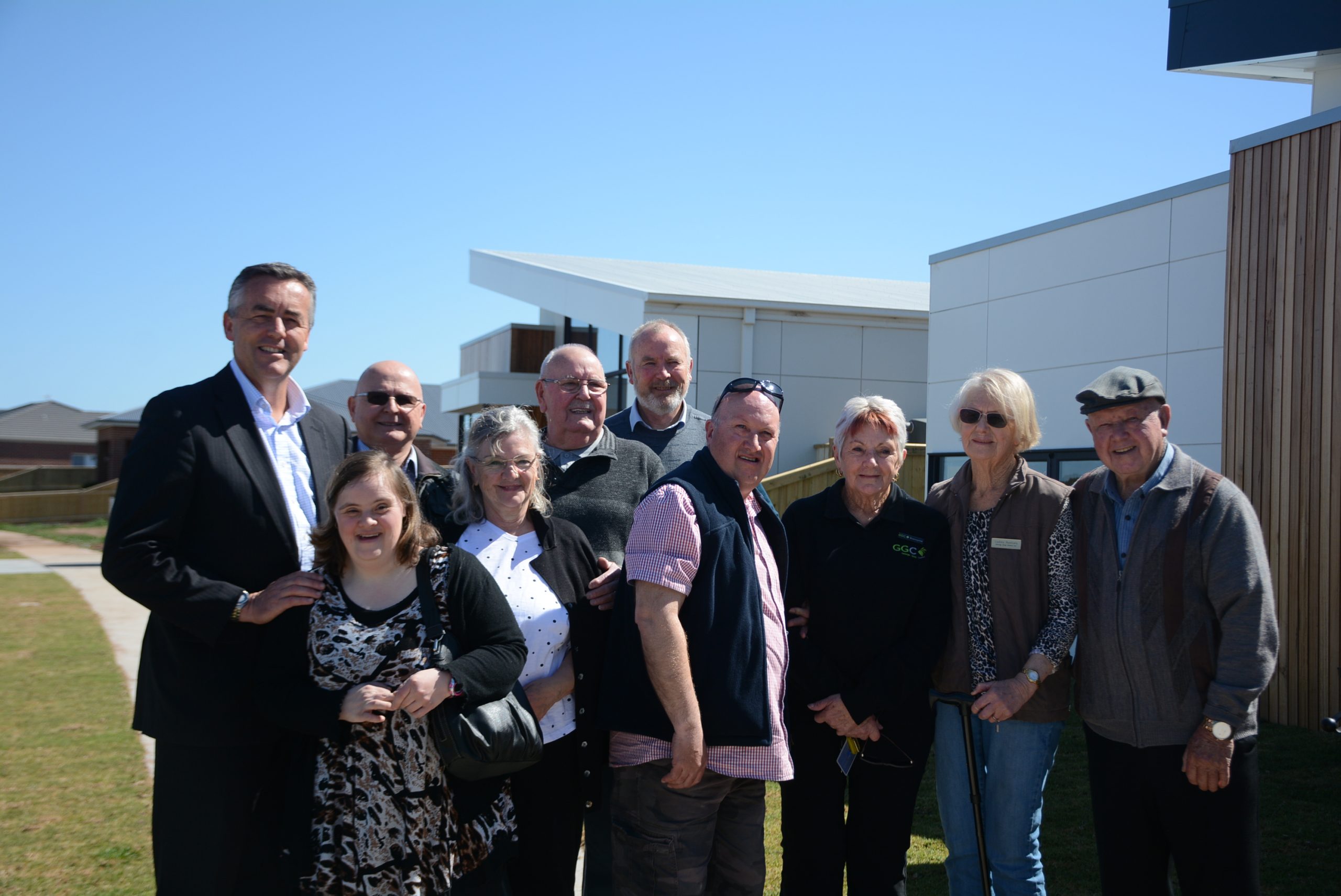 GLENHAVEN Estate, Sale, has become home to a world leader in disabled care, after an innovative housing project focusing on enablement, rather than disability, was unveiled recently.

Formally opened by Gippsland MHR Darren Chester, the revolutionary Freedom Housing project gives people with disabilities or those who need aged care the opportunity to live in a conventional residence with their families, but still access in-house professional care.

Four private homes are linked by a communal ‘key’, which stations home carers who can provide on-request care around the clock.

The model includes two physiotherapy rooms, with deep bath therapy available, as well as a communal kitchen and lounge.

The George Gray Centre board and chief executive Ian Hunt championed the $2.4 million housing development, which initially had some trouble gaining momentum because of planning and development regulations.

“This is the distillation of nearly 40 years in my experiences in trying to look after my late wife, who had MS, and raise our children,” he said.

“My late wife, Pamela, said Chris, there has to be a better way than just to be stuck at home and not being able to be cared for properly, or to then be relinquished to a nursing home where basically you just become something that gets toileted and fed and removed from family.

“That just kept, you know, nagging at me, so I thought perhaps there is, so I wonder what that looks like.”

After six months of agonising drafting, Mr Iliopoulos came up with the current model, which can be adapted to apartment living.

“There were a lot of things that it had to satisfy, and this four-house model, with opposing street frontages, is one that actually meets all the criteria, including United Nations’ Convention on the Rights of Persons with Disabilities, and every object and principal of the NDIS [National Disability Insurance Scheme] act,” he said.

“It is the only model in the world that does that today — it’s the first one on the planet.

“My daughter said, dad if you make anything that looks different to a normal house, I’m definitely not living in it.”

Mr Iliopoulos said the design could have the potential to replace almost every nursing home, group accommodation home, respite home and hospice.

“The model dispersed ubiquitously across Australia … would actually take all those functions and would bring this sort of care back into the community,” he said.

Mr Iliopoulos added the project had gained traction across the nation, with expressions of interest flowing in from all around Australia.

“Some of the demand is coming from those seeking alternatives to traditional aged care nursing homes, and from aging parents who wish to continue to live with a child who has disabilities and to also access personal care for themselves,” he said.

“I made a promise to Pamela eight years ago that I would do all I could to see this promise through … in a few moments, I guess that promise will be met,” he said.

“This is what she wanted for our family.”

Mr Hunt said one of the houses had already been bought by a local family, and the George Gray Centre was leasing out the remaining three at an affordable rate.

“When other local options are unsuitable, some parents have been forced to decide whether or not to leave this area altogether,” he said.

“A body corporate comprising of residents will govern the development, which means the occupants will have a say in who lives in the other homes when families move out and who provides the professional care.”

Mr Chester said the new housing option was terrific, not only for the families that were here now, but for families around Australia that would live in them in the future.

“I’m very keen to see this model proven, not just here in Gippsland, but right throughout Australia,” he said.

Mr Chester said he was proud the federal government had contributed $1.2 million to the project, while families, the George Gray Centre and North Gippsland Trust provided the balance of money needed.

“I think there’s huge opportunities for both state and federal governments to support communities with the up front infrastructure costs, knowing full well the long term benefits are there for the community,” he said.

“I think it gives people with disability and their families a great deal of dignity, respect and also a lot of comfort for older Australians who have children with disabilities so they know their children are going to be looked after going into the future.

“It’s fantastic to see George Gray Centre at the forefront of supporting families with disabilities in our community.”