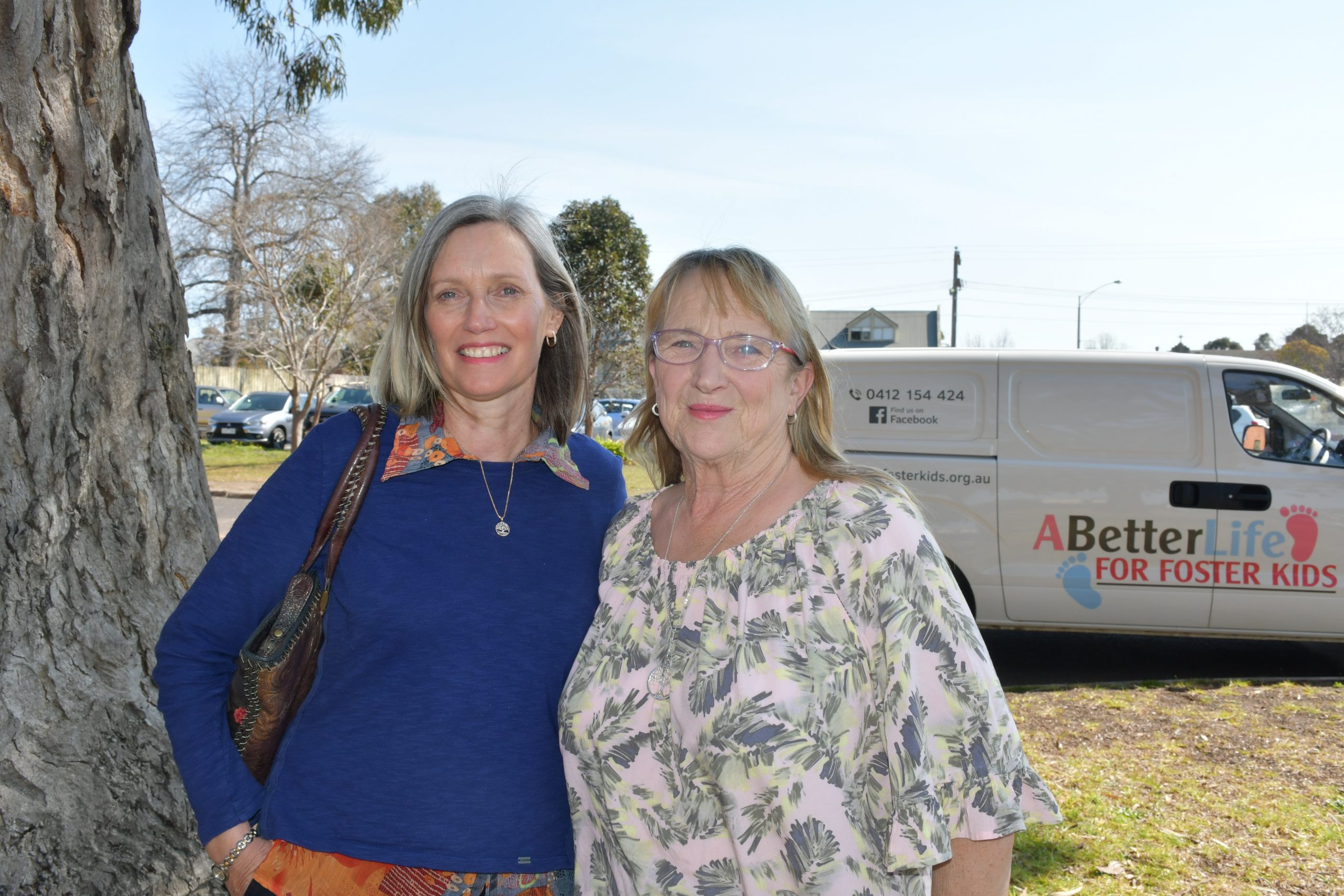 WITHOUT the Women of Wellington Factor, A Better Life For Foster Kids founder Heather Baird would be without her van.

Before the van, Ms Baird had to drive around the state to deliver crisis cases to children entering the foster system.

Last year, the WOW Factor’s annual charity ball raised enough money to get Ms Baird over the line to buy the van, and since then, she’s been able to help hundreds more vulnerable young people.

A Better Life For Foster Kids organises the cases, which include clothes, fresh underwear and toiletries and a teddy, for foster children, giving them something of their very own.

For children who sometimes have only the clothes on their backs, this can be life-changing.

She also delivers furniture to carers who may not have spare beds or cribs, and accepts donations of furniture to sell on to raise more money.

The WOW Factor’s Tracey Rowe, who works for the Department of Education and Training and looks after vulnerable students and children not in the system, said Ms Baird’s work was incredible.

Ms Rowe said A Better Life For Foster Kids gave children and adolescents a sense of having some control in their lives.

“Every time they get moved the sand shifts — it’s a crisis,” she said.

“DHHS just don’t have enough carers, and this is where Heather’s crisis cases (are important).”

The WOW Factor is proud to support A Better Life For Foster Kids again this year, with the gala ball to be held on November 24.

The ‘magenta ball’ will feature a three course dinner, an auction, fun photos, dancing and plenty of surprises, and will be held in the Laurels Function Centre at Greenwattle Racecourse, Sale.

Ms Baird said last year’s ball had made a massive difference to her charity.

“Normally, my fuel bill and hiring a van per year was up around the $10,000 mark, because every time I wanted to pick up and deliver, I had to hire a van,” she explained.

“This financial year, just finished, the fuel is down to $2500 and there are no hire fees, so that money’s now able to go in to helping the kids.”

The aim is also to raise awareness.

Ms Baird said most people in the community had no idea what these children were affected by.

“They don’t know the trauma that’s already done to this kids before we get them,” she said.

“They need a secure place to live, they need clothing, they need toiletries.

“Most of them have to be taught how to use them.

“I’ve seen an eight-year-old boy who didn’t know what to do with a toothbrush — he’d never even seen a toothbrush before.

“He came here with his carer, and getting his stuff together, he was just looking at it, I asked what colour he’d like, and he said, ‘what do I do with it?’.

“He’s really been a deprived child.

“I looked at the carer, and she said, ‘don’t worry, he’s had about four baths before we dressed him’.

“How can the children go to school and learn when we don’t even have these things in place?”

Ms Baird is pushing for massive reforms to the entire out-of-home care system, and added more children were falling through the cracks.

There have been success stories.

One child she has been helping near Wodonga recently qualified to represent Australia in swimming in Dubai, and money raised through the charity helped one girl go to her debutante ball, an important part of being included in the community.

While the system always needs more carers, not everyone is in a position to look after these children, and Ms Rowe said this was where people and groups like the WOW Factor could help.

“We have over 10,000 kids in care, and a lot of people I talk to for various reasons don’t want to be carers, but they want to help — this is a really salient example of how to help,” she said.

Ms Baird said that everyone could help out in some way.

“I have a lady who buys a couple of pairs of socks every time she goes down the street,” she said.

“The effort is there, and it’s an acknowledgement that these kids are worth it.

The WOW Factor is looking for sponsors to support the night, and businesses are encouraged to email womenofwellingtonfactor@gmail.com to find out how they can help.

There will also be a crackerjack bowls night at Sale Bowls Club on November 16.

Tickets to the magenta ball are $80, and are available from the Bendigo Bank, or message A Better Life for Foster Kids on Facebook.