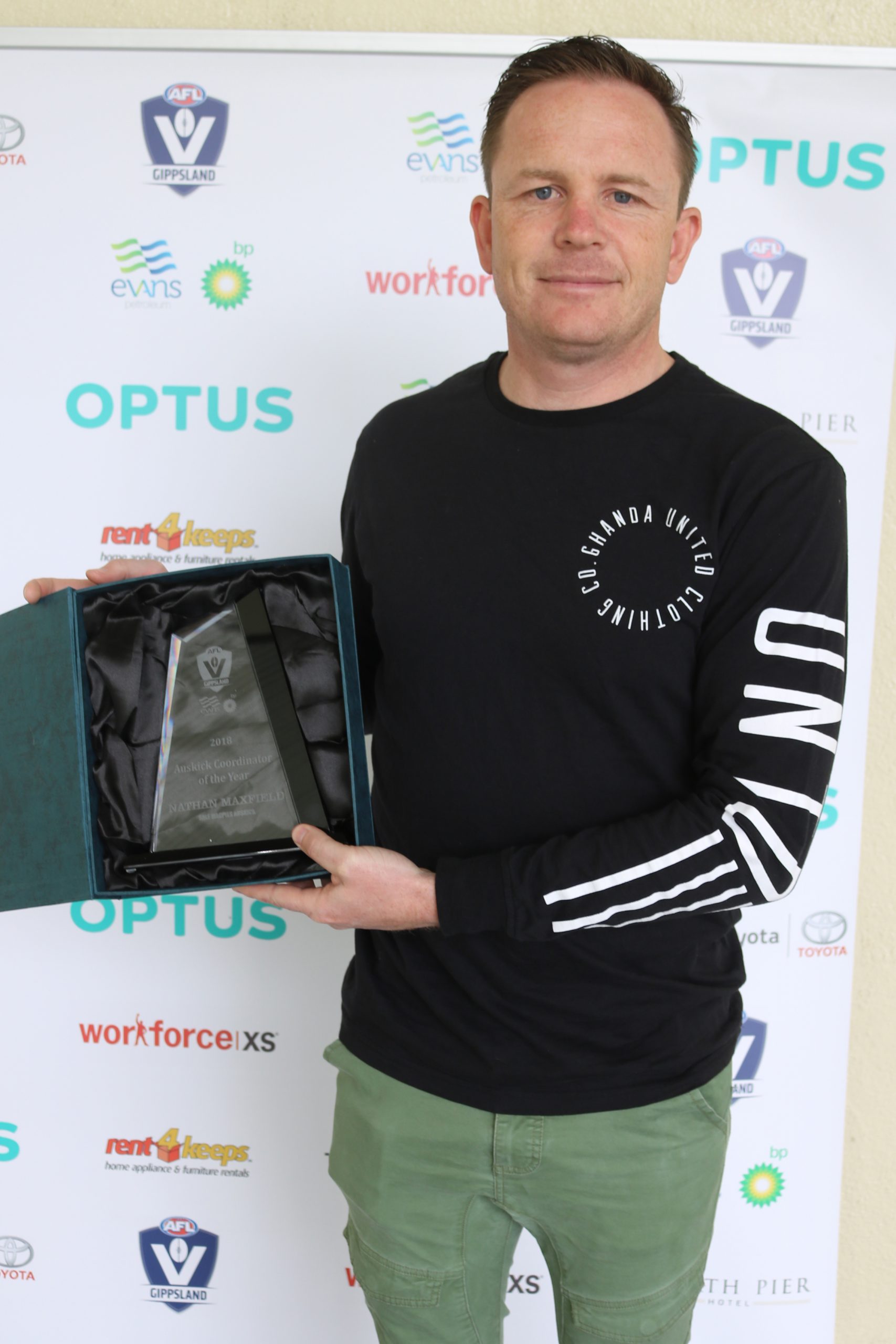 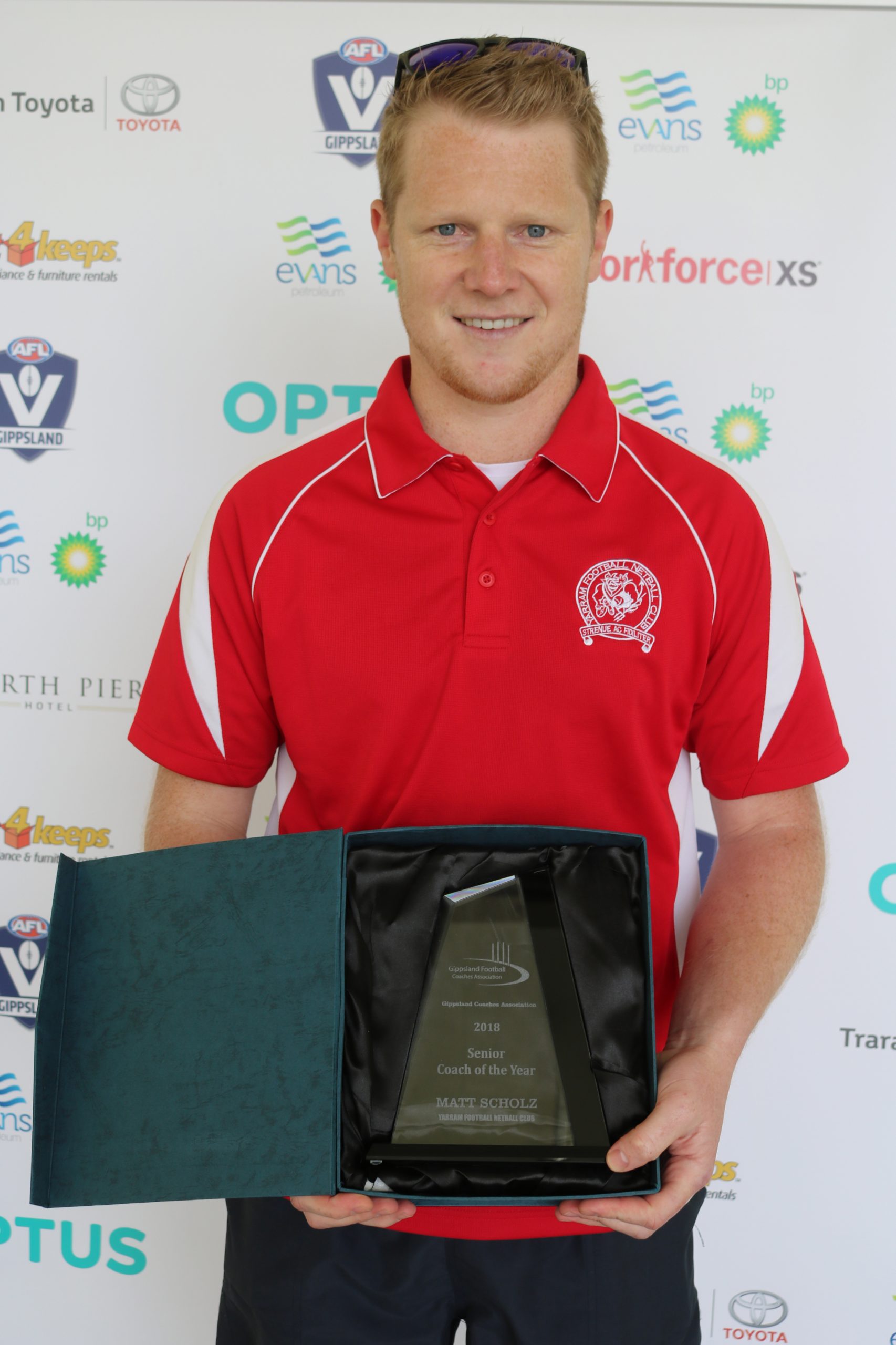 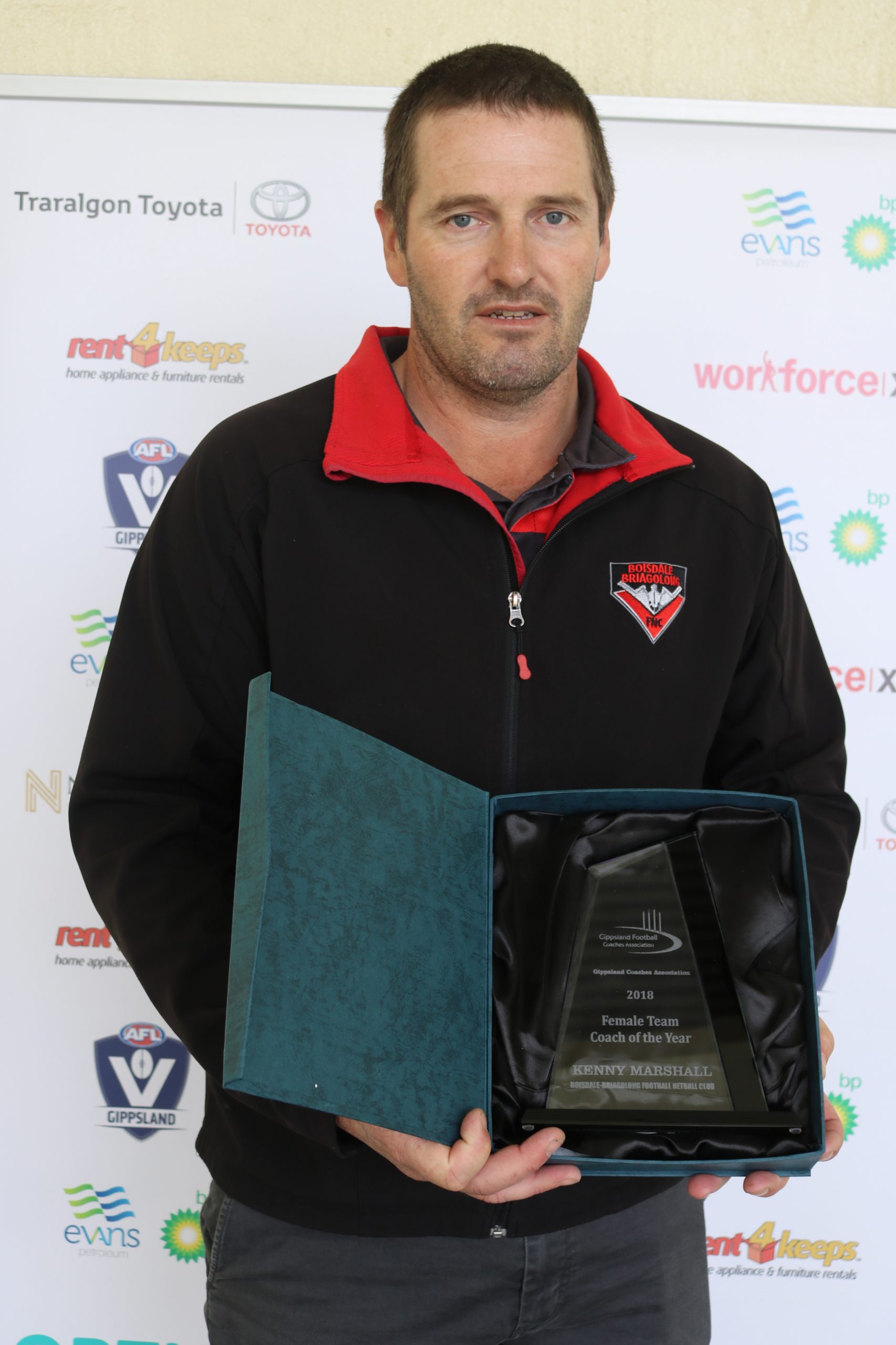 SEVEN of Gippsland’s finest coaches and standout volunteers have been recognised for their contribution to local football.

AFL Gippsland and the Gippsland branch of the Australian Football Coaches Association presented their awards during the Free Footy Festival at Traralgon’s Victory Park last Friday as part of the build up to Saturday’s AFL Grand Final. Yarram premiership coach Matthew Scholz was named Gippsland Senior Coach of the Year.

Scholz arrived at the AGL Loy Yang North Gippsland Football-Netball League club this season and made an immediate impact with his considered, caring and committed approach, leading the Demons to their maiden NGFNL senior flag and first since 2007.

Marshall was a key driver behind the formation of the team, which enjoyed great success off and on the field, including an undefeated season and subsequent Gippsland Women’s Development League premiership.

Sale Magpies Auskick Centre’s Nathan Maxfield was presented with the Auskick Coordinator of the Year Award, while Wy Yung Football Netball Club president Brad Overend was the AFL Gippsland Volunteer of the Year.