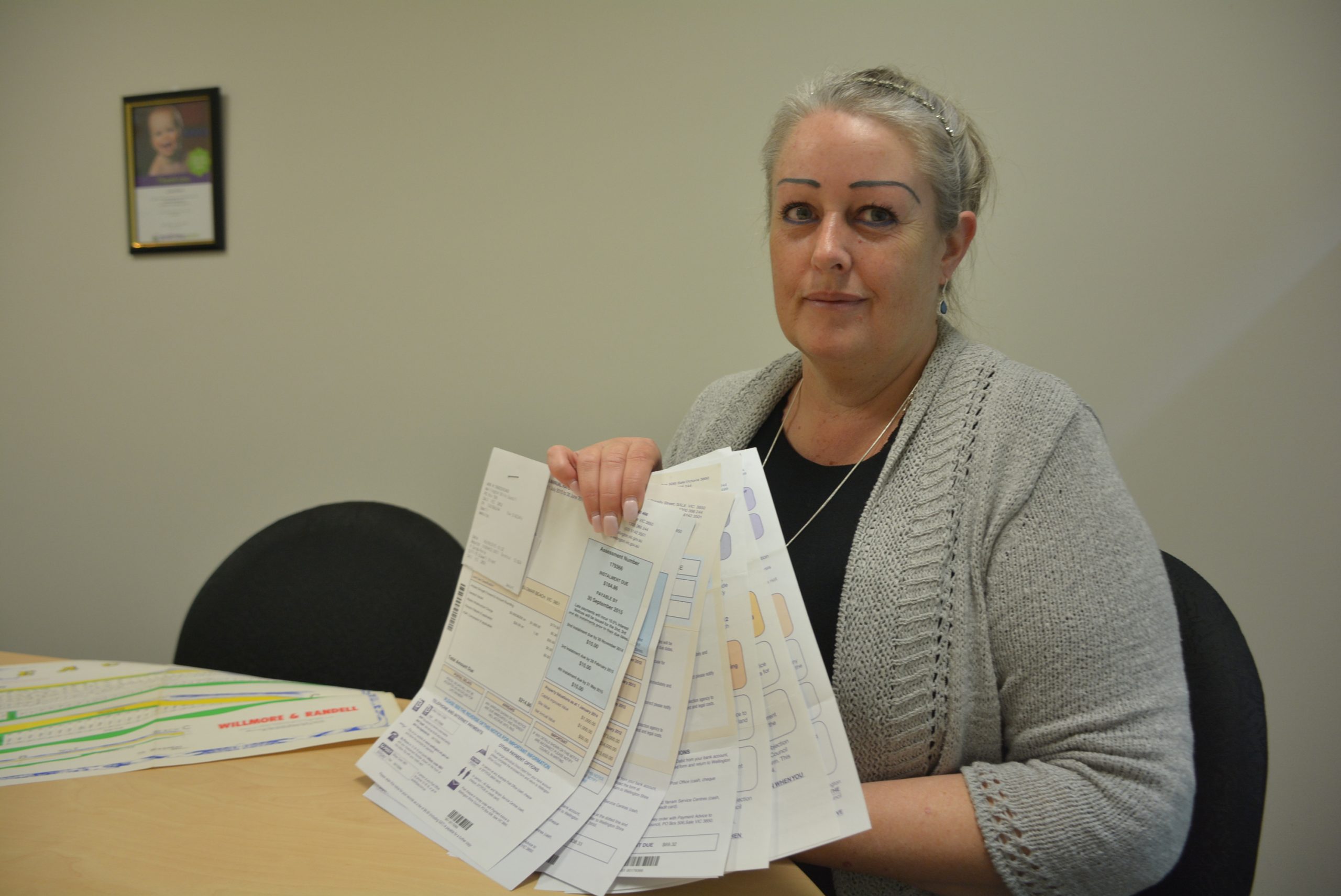 THE daughter of a former Golden Beach block owner is questioning why Wellington Shire Council continued to send out rates notices to owners of blocks which could not be built on, when rates did not have to be paid.

The land was subsequently classified as dune beach land, or an area of soil instability, and owners were notified they would be unable to build.

The then Rosedale Shire Council sent letters to block owners in March, 1982, saying rates would be excused because of this.

But rates notices kept coming, and Jo’s parents, Fay and Peter — and presumably many others — kept paying them.

When Jo moved home to help care for her parents in recent years, she began noticing what was coming in the mail, and queried council about the rates notices.

She said she was told they didn’t have to be paid — but the rates notices still kept coming.

“I had to keep reminding them (my parents) not to pay it,” Jo said.

“It made them nervous, thinking they might get into trouble or build up a debt.

“Council was only excusing payment for people who questioned it.

“Those who didn’t know have blindly paid the bill.

“How many other elderly people did pay it and didn’t question it?”

Last year, under council’s ‘Ninety Mile Beach Voluntary Assistance Scheme’, some beach block owners were given the opportunity to “voluntarily exchange your land for an assistance payment less outstanding rates”.

The Cerda-Pavias finally decided to sell, despite the fact that the payment received was less than the price they had paid for the block plus rates paid.

But the rates question continued to niggle Jo, until she found the 1982 Rosedale Shire letter which also confirmed rates were not payable.

She took that letter into council a couple of weeks ago, and asked for a refund on the rates paid since that letter was issued.

She said a person she spoke with at the rates office point-blank refused the request.

“Mum’s been very good at saving and diligent at paying bills,” Jo said.

“She worked full time until she was 69.

“Why should she be ripped off by anyone?”

Fay and Peter Cerda-Pavia, aged 95 and 91 respectively, are now in aged care, and Jo said could certainly make use of a rates refund.

She said she would be investigating the possibility of a class action over rates.

However, a Wellington Shire spokeswoman said the council was legally obligated to send out rates notices.

She confirmed that rates were waived for almost 30 years from 1980 by the former Rosedale Council, which made a decision to excuse rates on inappropriately subdisided coastal dune and flood-prone lots along the 90 Mile Beach that were undevelopable.

She said where rates and charges were outstanding, they were deducted from the voluntary assistance offer in all cases.

The Cerda-Pavias are among many who were caught up in a planning nightmare spanning decades.

A 25-kilometre strip of land between Bass Strait and Lake Reeve, from The Honeysuckles in the south-west to Paradise Beach in the north-east, was subdivided from the mid-1950s to 1969.

Thousands of blocks of land were sold to mostly newly arrived migrants, many bussed from Melbourne as special guests of the development company.

Soon after they were told they could not be built on, and the planning nightmare began.

There are a number of beach blocks in different areas which are subject to different controls and regulations, as well as different ‘buy-back schemes’.

Adding to complications, planning regulations have chopped and changed from government to government and council to council.