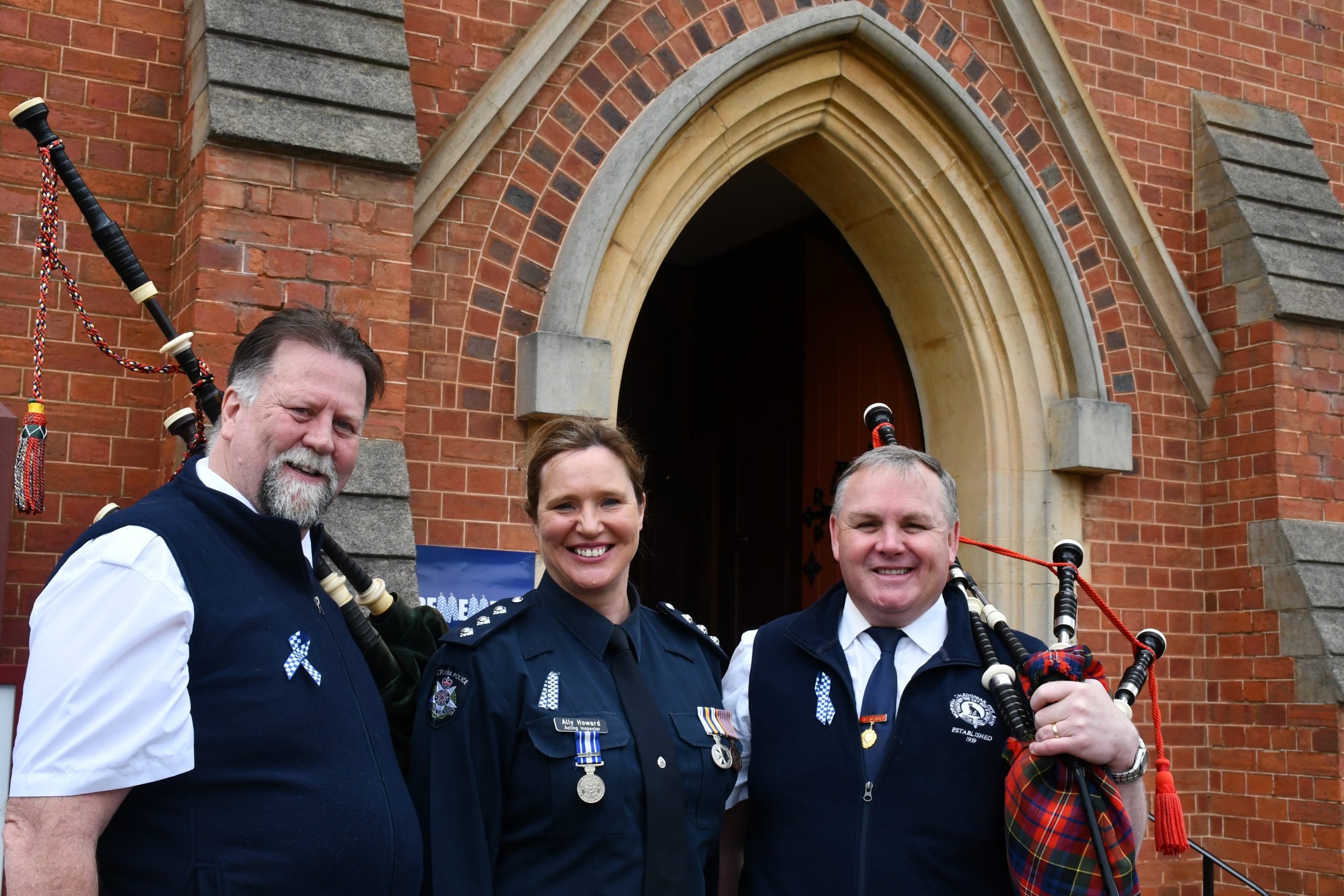 Led by recently-installed police chaplain, the Reverend Nikolai Blaskow, current and former officers and their families reflected on colleagues who died while serving, and gathered afterwards.

Leading Senior Constable Rose Basford read a list of names of all the officers who have died in the past 12 months.

Acting Inspector Ally Howard said it was important to pause and reflect, and bring families into the inner circle.

“Today is a really good opportunity for the family members who support the police members out there every day — they feel the ups and the downs with us, and this is an opportunity for us to bring them in and thank them,” she said.

“It’s also a really important opportunity for us to remember our fallen colleagues.”

Inspector Howard added the chaplaincy role was voluntary, and she was thankful the Rev Blaskow put his hand up.

“While he puts in hours and hours of his time to us, it also is above and beyond what he would normally do,” she said.

“He talks about policing being a vocation, it’s similar to nursing or teaching — anything that’s a ‘giving’ occupation.

“Nikolai gets us, I think, he understands we’re made up of such diversity, we embrace it and treasure it and foster it.”

The Reverend Blaskow said he volunteered in memory of his uncle and mother.

“If you ever go into the station, you’re immediately aware of the kind of traumatic situations they meet every day,” he said.

“For the newspaper, they write a story and it’s all over the next day, but these guys carry the memory of that.

“PTSD is a very serious thing — it can ruin a person for life.”

The chaplaincy role is an auxiliary to the sophisticated psychology unit in Melbourne that supports police across the state.

“They have a really good pick-up system,” the Rev Blaskow said.

“I’ve been in the role six weeks.

“It’s one day a week roughly, but I’ve spent more hours than I can count on my hands.”