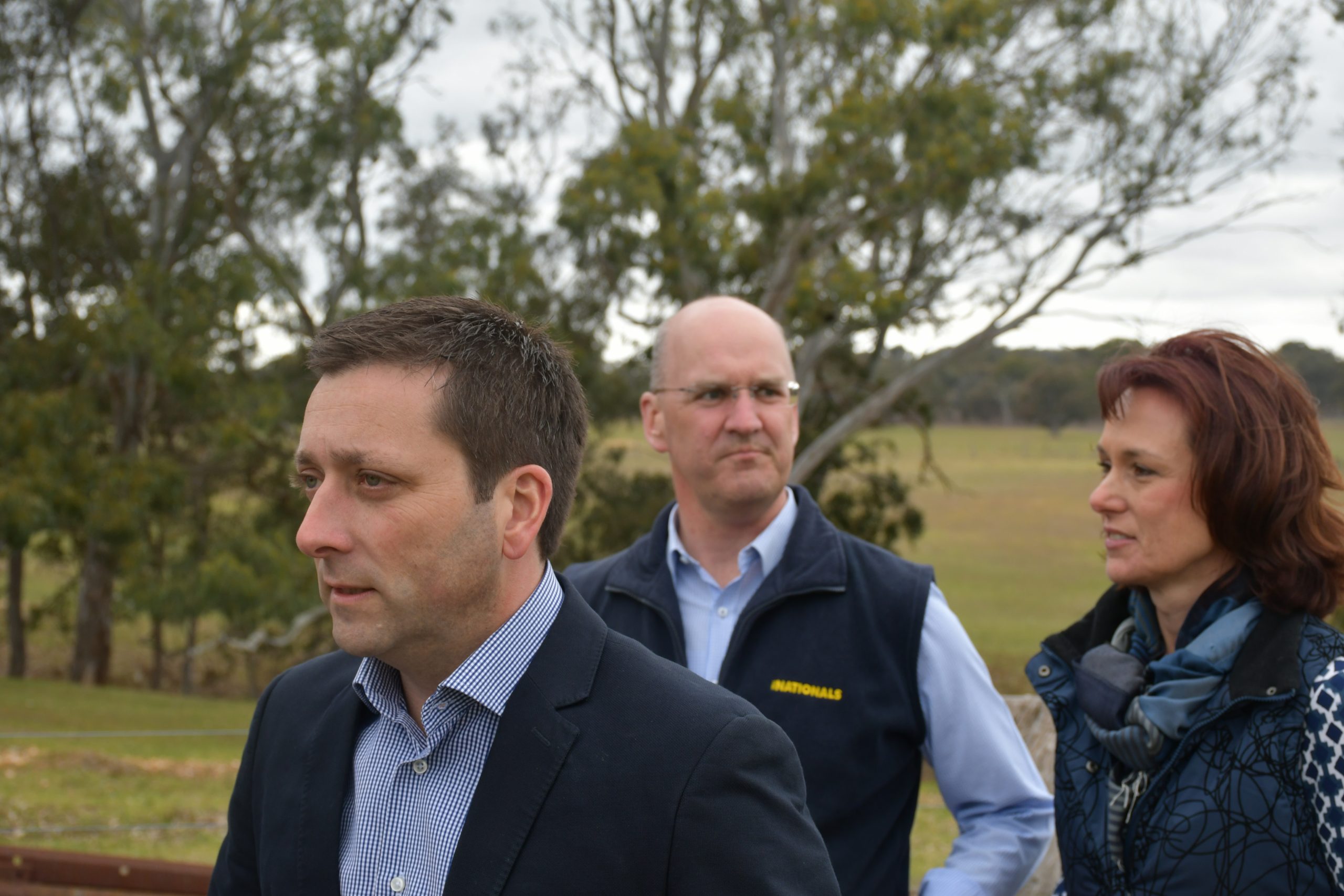 THE Liberal-Nationals Coalition has pledged to deliver a European-style fast train network for regional Victoria, if elected in the November state poll.

Coalition leader Matthew Guy said bringing Victoria’s cities closer together with high speed rail was the cornerstone of the Liberal Nationals plan to ease the population squeeze on Melbourne by decentralising jobs and population.

“I want to build a state of cities, not a city state but to do that we must build European-style high speed rail.”

Reaching speeds of up to 200 kilometres per hour, the projected high speed rail network would be the fastest in Australia.

The 10-year, $19 billion project would involve staged replacement or upgrades to Class One regional rail tracks to enable new generation VLocity trains to travel at speeds of up to 200kmh, cutting the travel time between Melbourne and Traralgon to 62 minutes and to Bairnsdale to just over two hours.

Mr Guy said the project would create up to 10,000 jobs, encourage more people to live in regional Victoria and relieve population pressures on Melbourne’s infrastructure.

The staged project would initially focus on the Geelong line to cut travel times to 32 minutes, with replacement of tracks to Bairnsdale, Warrnambool and Swan Hill to be scheduled to begin in the mid 2020s.

It would also involve the substantial upgrade of every other major country rail service, to Wodonga, Bairnsdale, Echuca, Swan Hill and Warrnambool, as well as the reopening of currently closed passenger services to Donald, Mildura, Horsham and Hamilton.

Much of the state’s current Class Two regional rail network has speed limits of 115-130kmh, with some newer sections rated at up to 160kmh, but many others have much lower speed limits.

The staged project would also include the previously announced commitment to build 96 new VLocity trains at a cost of $633 million.

At the core of the plan is the further separation of the regional network from the metropolitan network, increasing capacity and avoiding a ‘dump and run’ at the end of the suburban rail network.

Gippsland South MLA Danny O’Brien told the Gippsland Times the high speed rail project would get Bairnsdale line passengers to where they needed to be sooner and pave the way for more daily rail services.

“If elected, we’ll also buy new-generation long-haul trains for the Bairnsdale line which will be reliable, fast and comfortable, ending the plague of cancellations and replacement buses that we’ve been stuck with under Labor.”

He also reaffirmed the Coalition’s commitment to a business case for a dedicated Gippsland line to ensure travellers would be able to journey to Southern Cross station without having to change trains at Pakenham or Clayton.

Gippsland VLine Users Group spokesperson Natalie Thorne welcomed the proposal as terrific for regional Victoria if it eventuated, but in the absence of greater detail in Mr Guy’s announcement it was difficult to know how it would improve services on the Gippsland line.

“It sends a message of support for regional transport, but we don’t know if there are show stoppers such as reliance on federal government money,” she told the Gippsland Times.

She emphasised there would still be the need for a dedicated line for Gippsland trains, whether that be created by tunnelling, acquisition of land or adding to the side of the Sky Rail, as there would be little point in having high speed trains stuck behind slow moving Metro trains.

She also commented that the project would need to include consultation with transport users and transport experts to ensure its viability.

“It would need to be delivered in the best way, not involving us being tossed off at Pakenham,” she said.

“Unfortunately for the residents of Wellington, the Gippsland rail corridor is the most unreliable, the slowest and the most overcrowded,” she said.

“Wellington Shire Council has long advocated for more reliable train services to our municipality, which will better connect our residents to work and business in the metropolitan area and also for the tourism benefits bringing people quickly and easily into Wellington.

“We welcome any improvement that can be made to the current V/Line services that will assist with industry and tourism growth in our municipality.”