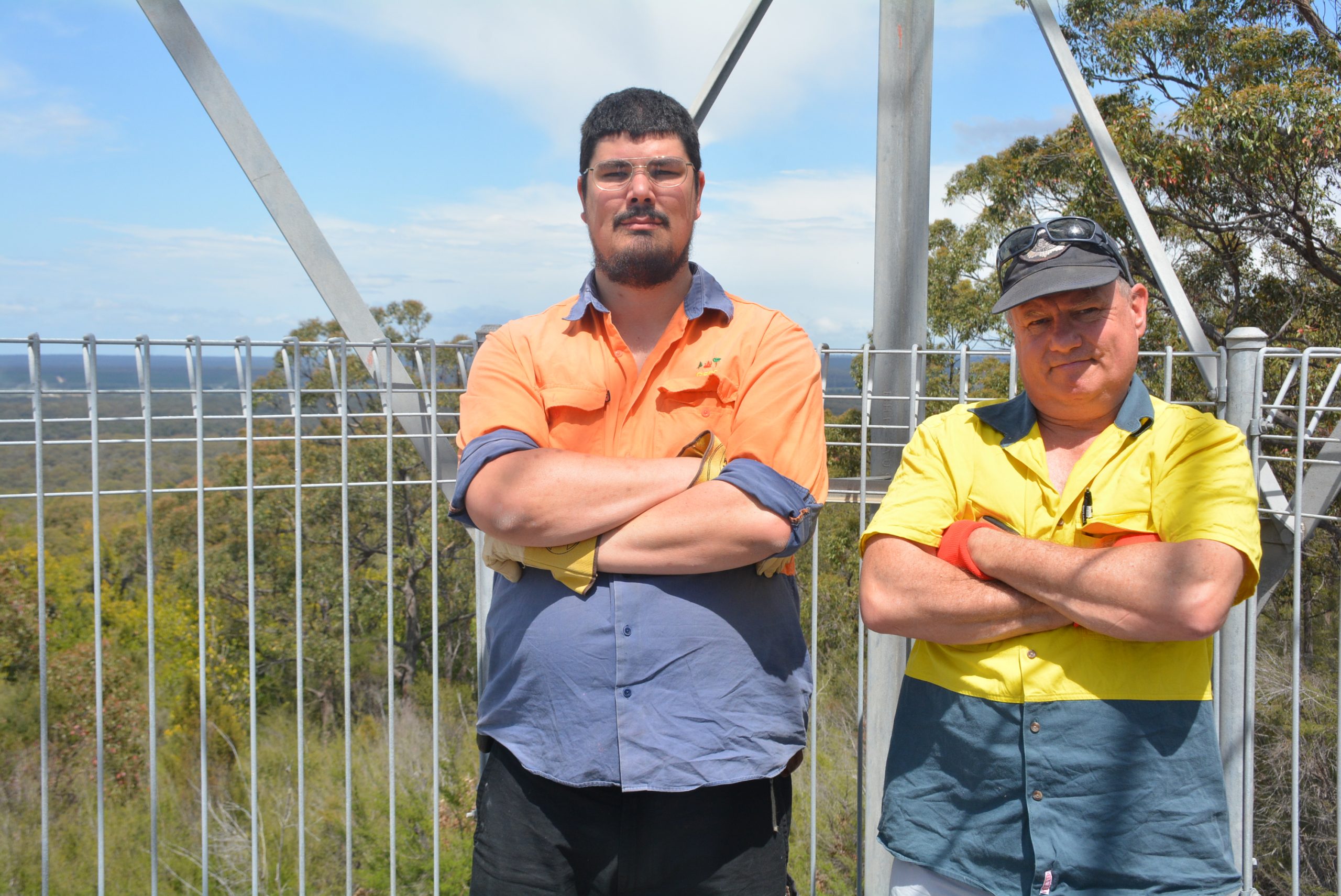 The Longford, Flynn and Stockdale towers, some more than 30 metres high, are manned by HPV employees.

They provide CFA crews with regular updates about fires, temperatures and wind changes.

HVP’s David Drane said people manning the towers were often the first ones to see any warning signs of fires or developments in their movement or behaviour.

“Last year we spotted a fire in Denison and within 17 minutes it was put out,” he said.

Despite their importance, the towers have become a target for vandals who risk their lives climbing them.

“People will climb the outskirts or even backwards up the ladders,” Mr Drane said.

“It is pure insanity.”

He said he had even been shot at by long range rifles several times while inside a tower.

If a person were to fall, death would be a likely outcome, as the towers are surrounded by dense forests, and are not easily accessible for paramedics.