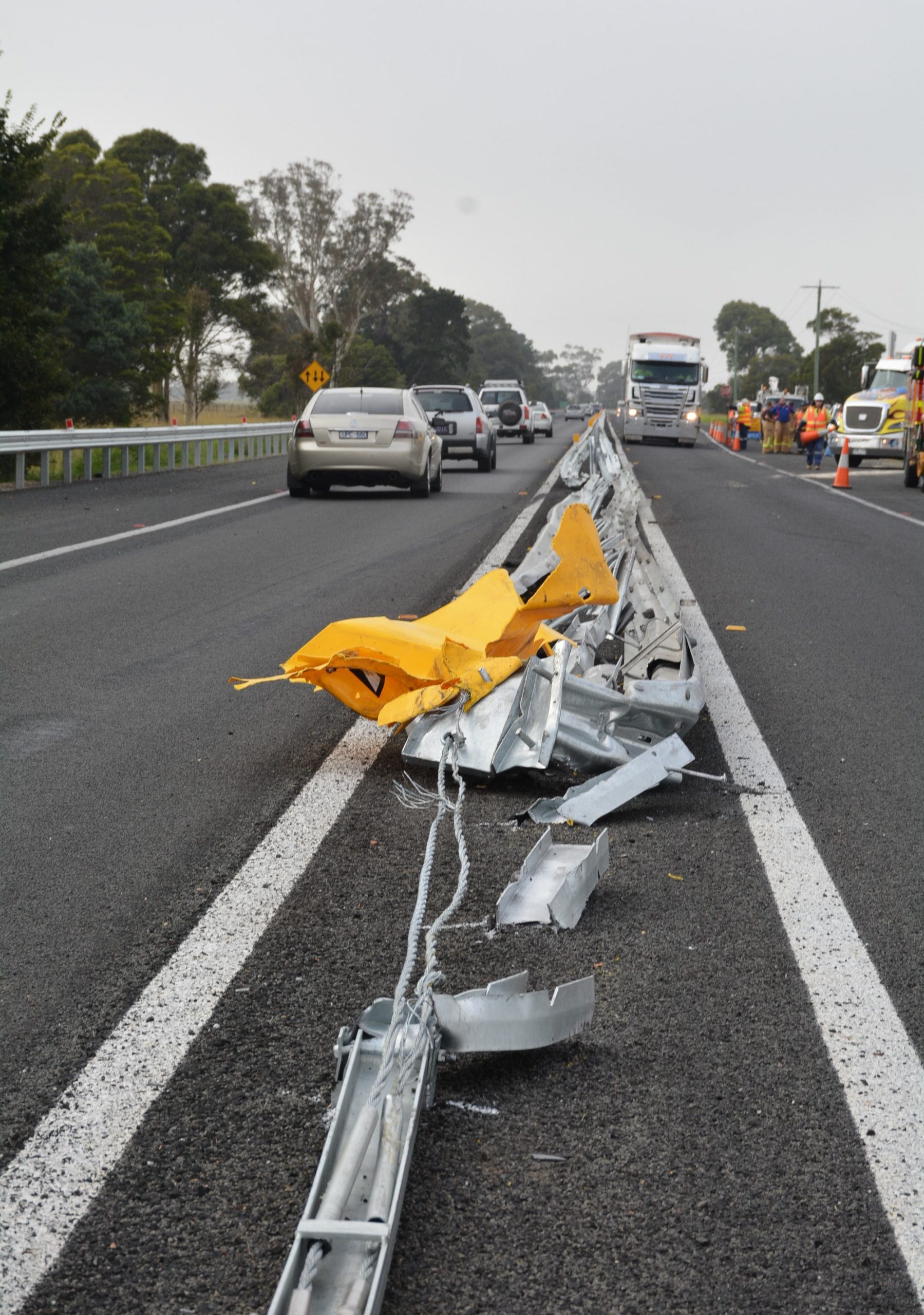 IT’S been a rough road for commuters navigating the journey between Sale and Stratford in the past 10 months, but the end is in sight.

The safety upgrades are close to completion on the Princes Highway, with some minor finishing works currently being finalised.

Acting director of the VicRoad’s safe system road infrastructure program, Nathan Matthews, said once complete, the major upgrade would provide drivers with a safer journey on what was previously one of the state’s highest risk roads.

“We thank the community for their patience while we’ve been completing these vital upgrades,” he said.

Safety upgrades on the highway between Sale and Stratford,  including widening and shoulder sealing, safety barrier installation and rumble strip line marking, began about 10  months ago.

But it hasn’t all been smooth going for VicRoads, or road users, with about 2km of the highway needing to be resurfaced because of damage caused by wet conditions during the upgrades.

That repair work was completed on October 12.

Frustrated road users have taken to social media to voice their concerns, with many unhappy with the condition of the new road.

Sale business owner Daniel Kelsey, who drives from Sale to Bairnsdale daily, said the long wait for the “atrocious” new road had not been worth it.

“The roadworks are frustrating, but a little pain for a little gain I can deal with.

“But when I travelled for the first time on the highway I could not believe the state of the so-called new road — it is atrocious,” he said.

“I am not usually one to complain, but all this time I have been travelling the back way to Bairnsdale waiting for the highway to reopen, and this is it.

“It’s so rough and uneven in some places, my car’s steering wheel is difficult to control, and that’s actually dangerous.”

Mr Kelsey said he was also concerned about the number of “ruts” and rumble lines still on the road, which had been a regular talking point among colleagues and friends.

“Everyone’s talking about how bad the road is,” he said.

“You can’t drive that way without noticing it, and when it rains it’s going to get worse.”

In July, police were forced to make a public plea for motorists not to use Bengworden Rd as an alternative to avoid the road works, because it was a higher risk road.

In September, another resident, Gordon Kedie, described the road as “the most dangerous section of the Princes Highway in Australia”.

“The highway between Sale and Stratford now has a very dangerous road surface, especially if you are on a motor bike, or worse still a pushbike,” he said.

“Shameful display of miss management — a huge waste of taxpayers’ money — bring on the election.”

VicRoads conceded there were a few minor repairs to be undertaken by the contractor to smooth the edge line of the road.

“Once completed, this package of upgrades will significantly improve safety for drivers travelling between Sale and Stratford,” Mr Matthew said.

The works are part of a $51.5 million spend to upgrade the Princes Highway between Sale and Bairnsdale.

The remaining works between Stratford and Bairnsdale will be completed early next year.

The project is part of the $1.4 billion Towards Zero Action Plan, funded through the Transport Accident Commission and delivered by VicRoads.