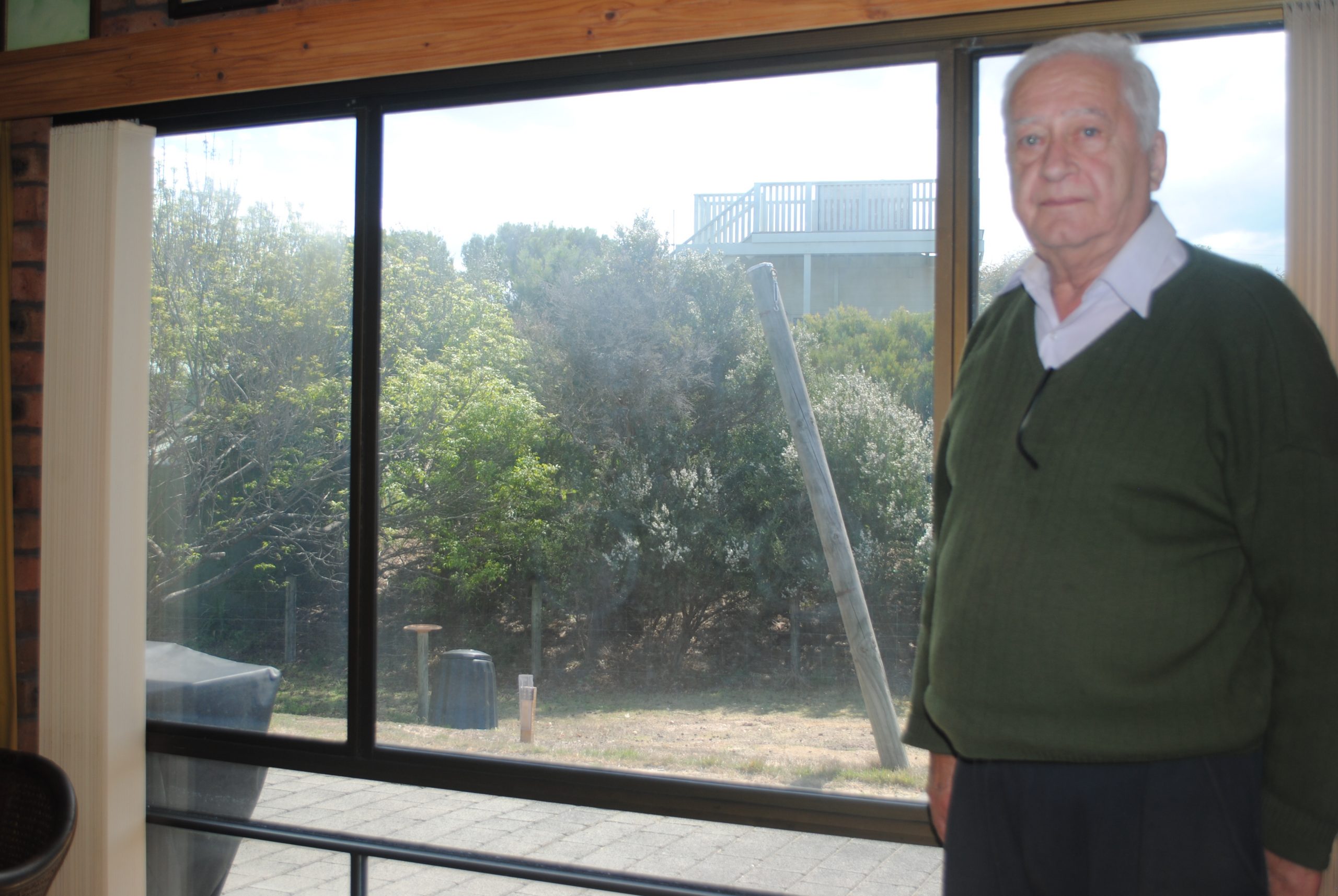 NEW changes to Victoria’s “fast track” planning process are already causing neighbourhood woes in Wellington Shire, with a Paradise Beach resident furious that an “inappropriate” development has destroyed his privacy and potentially lowered his home’s value.

Long time coastal resident Jack Joksimovich has complained to Wellington Shire Council that a viewing platform recently built behind his house provides an unobstructed view straight into his living room, and blocks the sunshine for some of the day.

But he said his biggest problem was that he didn’t have the opportunity to oppose the “invasive” platform because he wasn’t notified of his neighbour’s intentions to build it.

Mr Joksimovich says he has faced brick walls when it comes to seeking help, with Wellington Shire Council stating it has little power over new state government planning rules.

A council spokeswoman said the deck constructed behind Mr Joksimovich’s house in The Boulevard was granted planning approval via a VicSmart “fast track” application — a state government process introduced four years ago to reduce red tape in applications.

Last year, additional applications made assessable under VicSmart included single-storey extensions to single dwellings, and some building and works up to $100,000 in residential zones.

These kinds of planning permit applications are now exempt from public advertising requirements, and can be decided by a council chief executive or delegate without referral to council.

However, Planning Minister Richard Wynne told the Gippsland Times that while VicSmart “cuts red tape” for Victorians looking to do work on their homes, “applications should be assessed against criteria the community would expect, including visual impacts”.

The deck was also granted building approval from a private building surveyor, in accordance with the Victorian Building Regulations.

The council spokeswoman said given that all relevant statutory requirements had been met, “there is unfortunately no further action which council can take…”.

Mr Joksimovich is also upset about a garage extension on the same property behind his house that resulted in the garage being built about 10cm from his rear boundary, which he believes is “illegal” under the council’s own guidelines.

But again, the council said the structure was “compliant”.

The spokeswoman said the garage extension met planning and building codes, and that other complaints about the structure had been investigated and “rectified”.

A key element of the VicSmart application is the 10-day permit process, which means developments are approved quickly and without hold-ups.

Mr Joksimovich it seemed there wasn’t much he could do to restore his privacy or his faith in the planning process, but said he would consider contacting legal aid to fight the issue at the Victorian Civil and Administrative Appeal Tribunal.