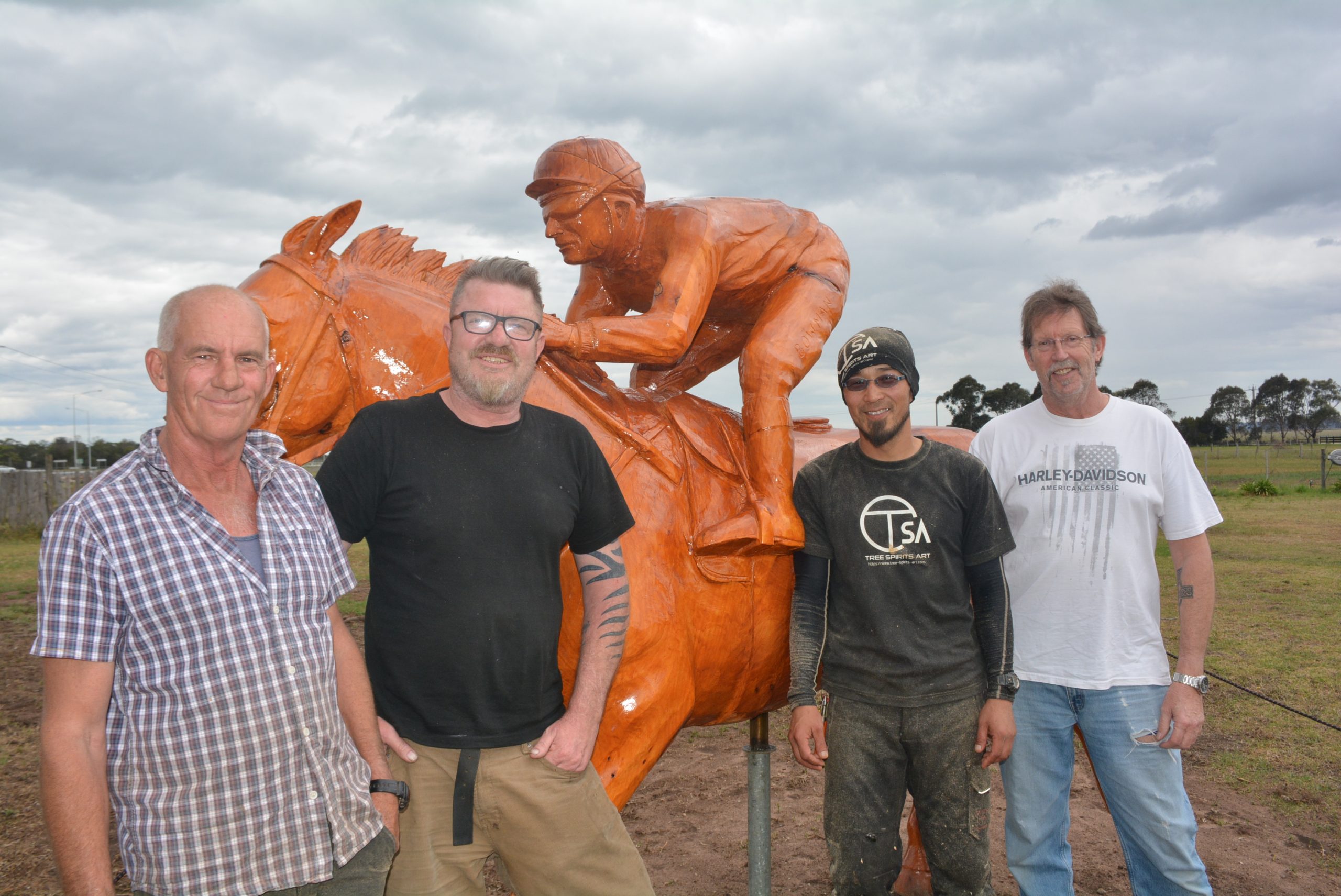 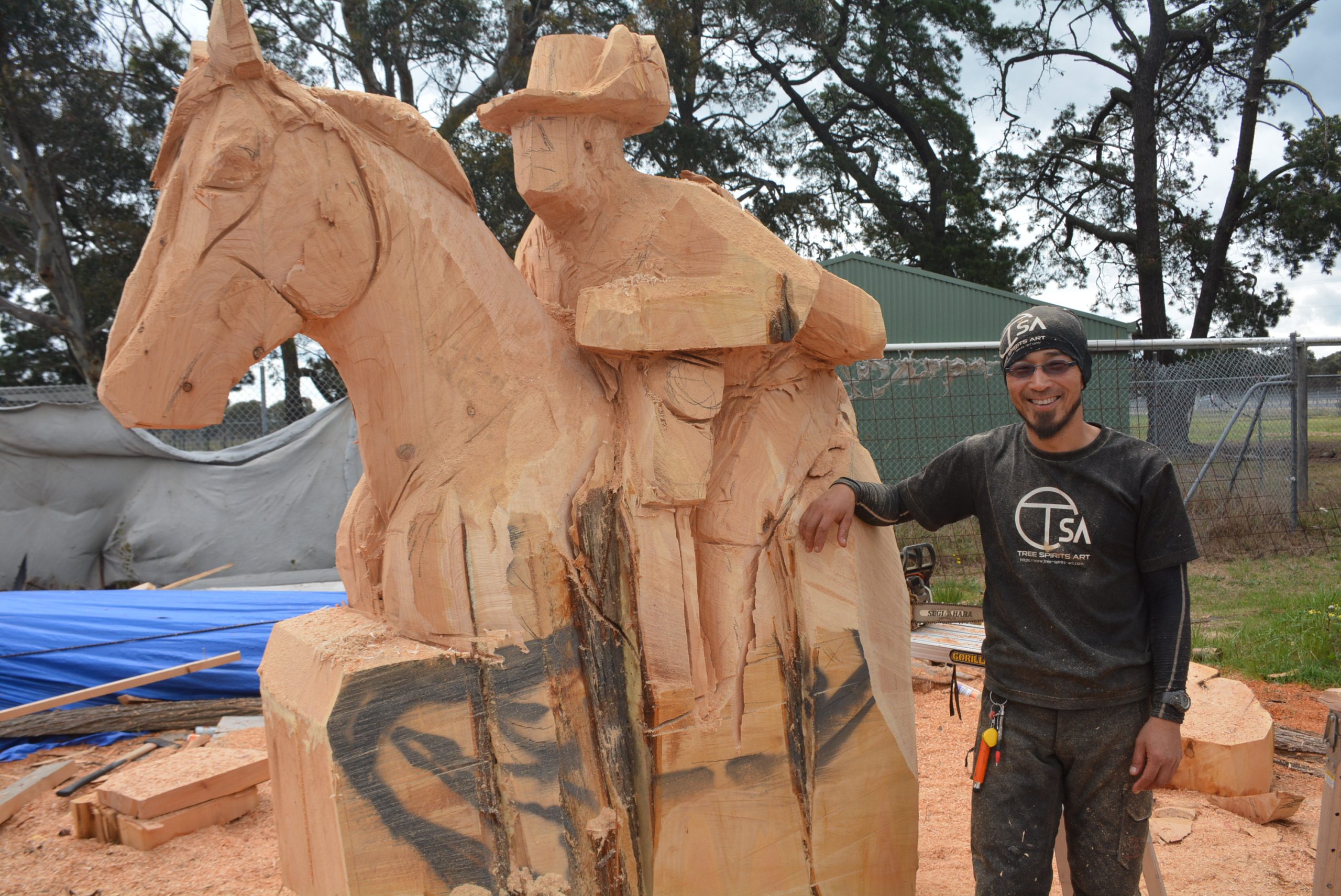 JAPANESE artist Hikaru Kodama has been in Sale to complete a large sculpture of a light horse and mounted soldier.

The sculpture, made of wood and carved with chainsaws, is part of a series of war figures for the Homefront Sculpture project to be displayed at Greensborough War Memorial Park.

Hikaru has previously carved figures from World War 1, the Vietnam War and the war in Afghanistan for this project.

Melbourne-based filmmaker Mike Wilkins is also in Sale to film Hikaru at work, and is producing a documentary about the creation of the Homefront Sculptures which will feature interviews with a number of war veterans.

Because of the large size of this sculpture, Hikaru has been carving in Sale at the workshop of local sculptor John Brady.

John has assisted in moving the huge pieces of wood into position and preparing them for Hikaru to carve.

With the work expected to be completed in time for Remembrance Day, fellow wood sculptor Leigh Conkie admits the task of creating wood monuments is definitely a labour of love.

“We mainly use cypress here in Sale, which we source from trees that have either fallen down or been lopped.”

Hikaru has been a chainsaw artist for the past 16 years, while Leigh and John all progressed to taking up the exercise after beginning as hobby enthusiasts.

“Some guys go and get art degrees, but we all taught ourselves, just by picking it up and learning as we went,” Leigh explained.

Starting with the wood at most raw, the artist will glue together pieces to form the basic outline of the work before they begin chainsaw carving.

Initially the glued together pieces resemble something one may find in an early piece of cubism, before they are carved over about two weeks to eventually create the finished project.

“We do a lot of commissions, including for the local shire; animal sculptures are also quite popular,” said John.

“Sometimes I will get a photo and try to copy it as best I can, but a lot of the time you will find you just let your instincts take over.”

All works at the Fulham property are handcrafted, with an incredible amount of detail going into the final products.

A feature at the exhibit is the recently completed sculpture of champion racehorse Winx, a project which John admits is his “pride and joy”.

The sculpture highlights all the intricacies and expressions as Winx is posed in her classical run down the straight, and also includes both name and number of jockey Hugh Bowman, which have been expertly carved into the saddle.

The gallery, at 4176 Princes Highway, Fulham, is open weekends and public holidays.