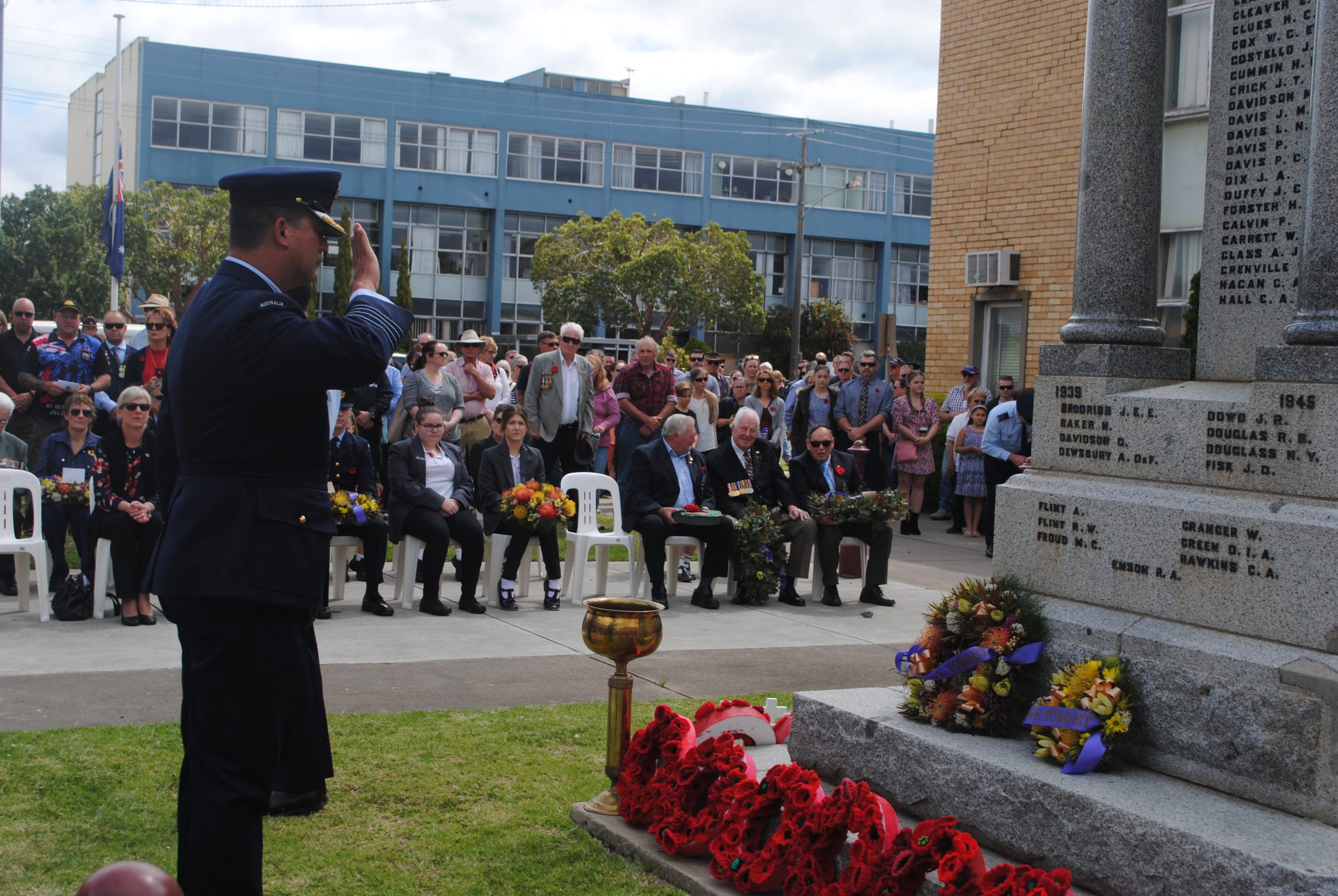 REMEMBRANCE Day services across Wellington Shire were well attended on Sunday, as people commemorated a century since the end of World War 1.

Those attending ceremonies were reminded of the staggering numbers of Australian lives lost in conflict.

Twenty-three crosses were placed at the Sale Cenotaph to remember local lives lost in World War 1.

In Sale, the clocktower was also lit up in red to remember the fallen.

As part of Maffra’s commemoration activities, an M113 armoured personnel carrier parked on Johnson St, which tied in with Gippsland Vehicle Collection’s launch of its 1930s to ’50s Jitterbug to Boogie-Woogie exhibit.

Sale and Maffra also took part in a special international event honouring the service of more than 2000 Allied pipers who were killed in the war and the many more who were wounded or served in four years of conflict at Gallipoli and on the Western Front.

Sale RSL Pipe Band and the Maffra Men’s Shed took part, and as part of this commemoration, bagpipers played the tune, The Battle’s O’er.

It was part of a coordinated international event at more than 1000 locations worldwide, where buglers sounded the Last Post, and beacons were lit in a tribute called ‘Beacons of Light’.

The beacons signified the light of peace that emerged from the darkness of four years of war.

In Loch Sport, a beautifully crafted board took centre stage.

Made by the Loch Sport Community House art and craft group women, it featured more than 250 crocheted and knitted poppies and embroidered buttons.

An Armistice ball in Sale on Friday night was deemed an enjoyable night, and was attended by more than 120.