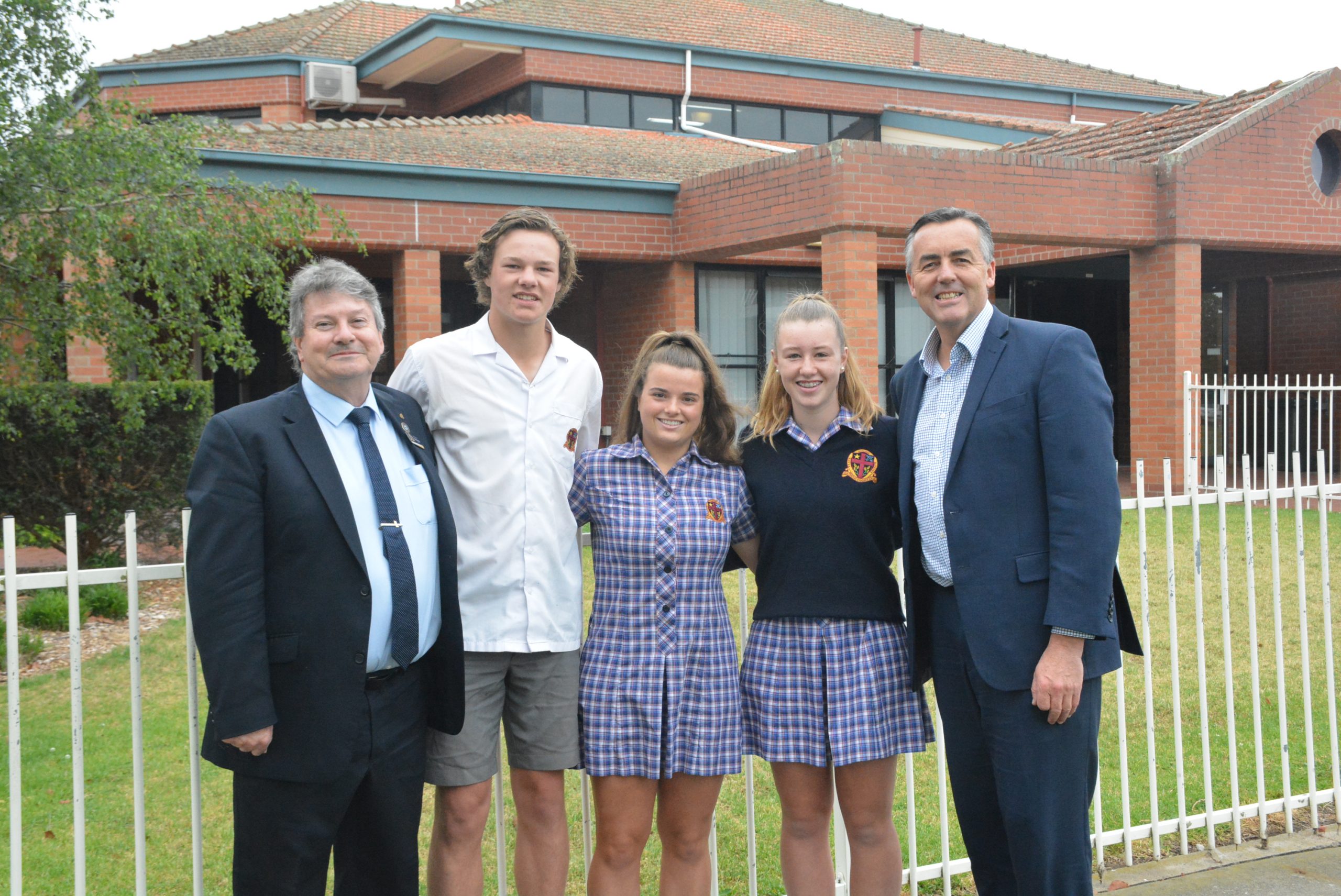 SALE’S current year six student population will have even more to look forward to in their transition to secondary school.

Those bound for Catholic College Sale, that is. These students will be the first through a multimillion dollar redevelopment of the St Patrick’s campus’ John 23rd building, which will feature purpose-built, state-of-the-art learning spaces.

The building will house year seven and eight students when the school consolidates its Sion and St Patrick’s campuses at the end of 2020.

Gippsland MHR Darren Chester visited the school on Wednesday morning to announce a federal contribution of $1 million, which caps off the $6 million needed to complete the project.

Catholic College Sale is kicking in the remaining $5 million to fund the project.

Having secured the funding, construction will begin mid-next year, and take about a year to complete.

Mr Chester said the money was provided through the Capital Grants Program, which funds new facilities in schools that may not have the capacity to fully self-fund, and would set up the school for years.

“It’s a real partnership approach to making sure we can provide top quality education opportunities here in Sale,” he said

“The government provides funding for a range of schools right around regional Australia through the grants processes, so it’s good to see some of the money making it to Gippsland.

“I encourage schools to apply to make sure they get a share of it in the future.”

Principal Chris Randell said the project added to the school’s already-packed building program which would provide students with contemporarylearning services.

“Our staff are very  excited, and the wider community is joyous to see what’s happening at the college at the moment,” he said.

“Once the money comes through, we’ll go to a tender process, in which we hope we have a number of local aspects that are able to be involved either in the main tender or sub-tendering.

“With the building itself, it will provide open area spaces for students, it’ll have learning facilities that will allow students to move from learning classrooms into contemporary break-out spaces, larger learning areas for students to gather in larger groups, problem solve and work through their programs in a way that allows them to be critical thinkers.”

Mr Randell said the consolidation would result in benefits across the board, and not just for students.

“[It will] allow our teachers to be on one campus and therefore be able to move through all year levels without having to travel to do that, which many of them do at the moment,” he said.

“I think it’s going to be a great opportunity to meet the younger students, and I reckon it’ll be great having year seven to 12 houses all joined together,” she said.

Fellow student Lilli Stobie added the school had hosted barbecues and other community events to raise money to help fund the refurbishment.

“It won’t be as daunting because [the younger students] will have all the older year levels to get around them, show them around the school and what it’s all about,” she said.

The future of the school’s Sion campus, and the heritage listed Our Lady of Sion Convent, is still uncertain.

A Catholic Diocese of Sale spokesperson said the site was owned by the diocese, not the college, and the final decision would be made by the bishop in consultation with various people, including his College of Consultors and Council of Priests.

The spokesperson also noted given the historic significance of Our Lady of Sion College in the story of education in Gippsland, any decision made would not be rushed.

When the amalgamation of the two campuses was announced in mid-2016, the Bishop of the Diocese of Sale, the Most Reverend Pat O’Regan, and Marist Provincial Australia’s Brother Peter Carroll, said the ongoing financial viability of maintaining both campuses made it necessary to look into the future provision of Catholic secondary education in Sale.