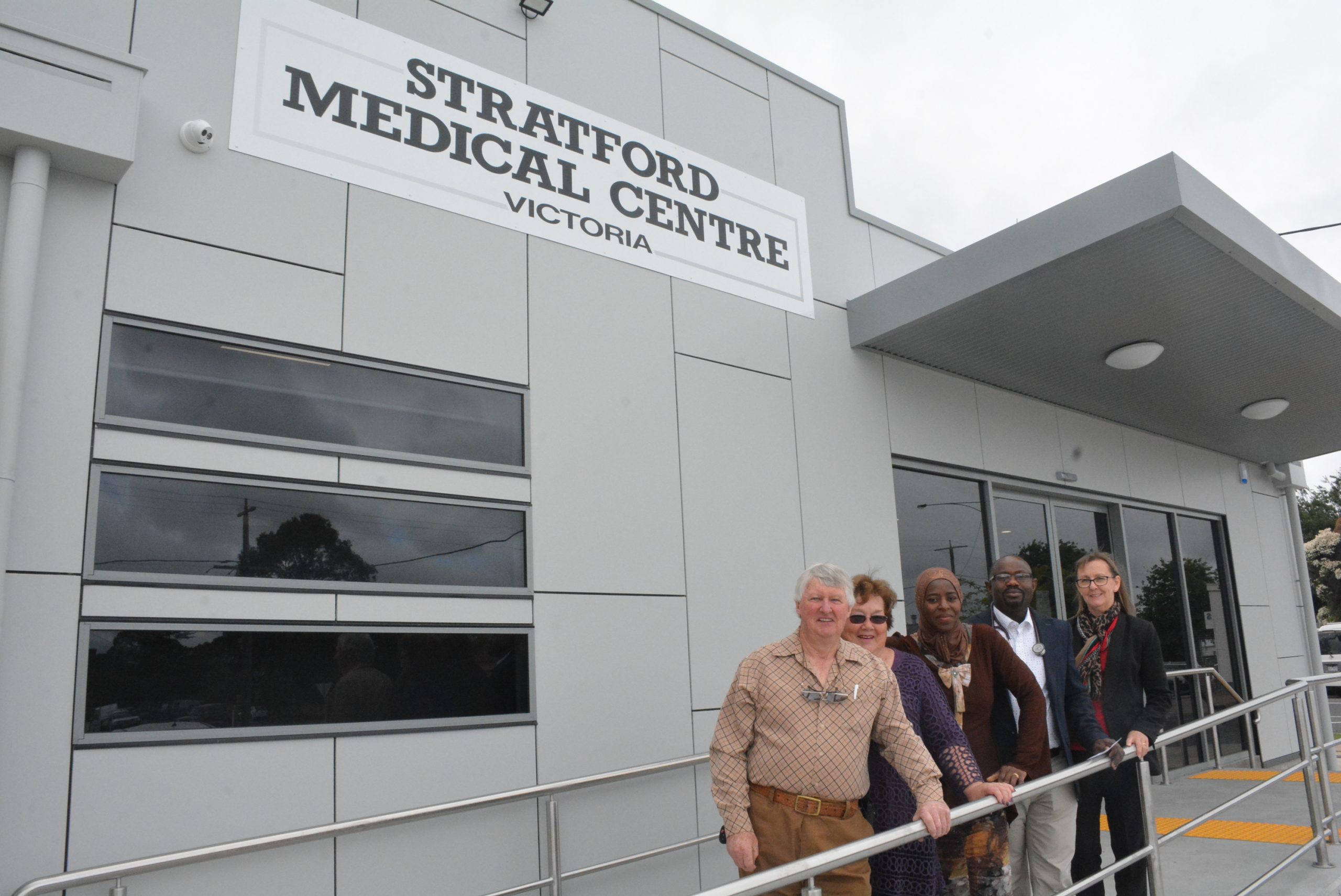 THE rooms have been fitted and the equipment wired at Stratford’s new medical centre, which is now open and taking appointments.

The project has been some two years in the making, with Dr Abdul Hanafi making the move to Stratford after realising the area needed a modern medical clinic.

“Smaller towns than Stratford right across Victoria not only have clinics, but hospitals as well,” said Dr Hanafi, pointing to the towns of Birchip and Hopetoun in the Mallee region, which both have populations of under 1000 and still boast hospitals.

“We need to make services more accessible in areas where the population is growing.”

The clinic was officially opened last Friday by Gippsland MHR Darren Chester, with excited locals getting a tour of the facility.

Stratford resident Kath Booth said she had lived in Stratford all her life, “and I know this will be a great asset to the town” she said.

Mr Chester said Stratford was a vibrant town with a population of about 2600, including 720 families.

“The 2016 census showed 20 percent of the town’s population was aged under 14 and almost 18 per cent was over 65, so being able to have a doctor in their town is important to many people,” he said.

“The new medical centre will complement the neighbouring pharmacy.

“Locals will be able to see the GP and then go next door to get any prescriptions filled.

“It is terrific to see the Stratford community, led by Ray Veal, work to support Dr Hanafi to establish a medical practice in town.”

After graduating from his native Nigeria, Dr Hanafi furthered his studies in the United Kingdom, obtaining a Masters in Public Health from Manchester University.

Before that he spent some time in the Caribbean, before moving to Australia in 2011 where he was admitted as a general practitioner from the Royal Australian College and began work in the Grampians.

The Stratford clinic features state-of-the-art technology and provides consultation rooms to accommodate up to five doctors, as well as a nurse station.

The centre also includes pathology facilities and a treatment room.

“We are open to all types of clients, and we’ll be ensuring we provide critical service to patients,” Dr Hanafi said.

The Stratford Medical Centre is in Tyers St, and is open from 8.30am to 5pm weekdays.