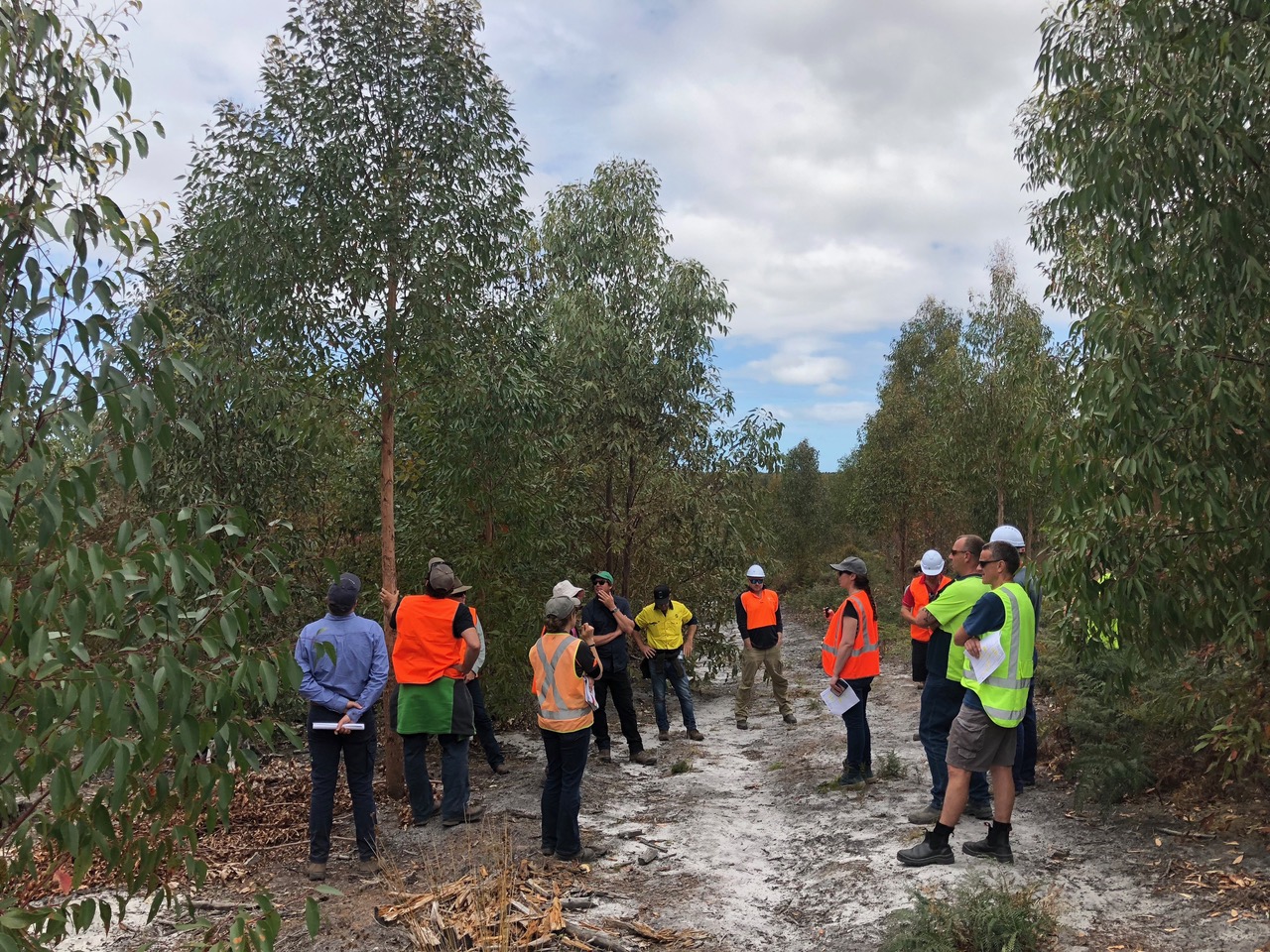 GROWING durable hardwood plantations specifically for the new Radial Timber sawmill at Yarram is a tricky business, as it has not been done before.

Heartwood Plantations was thus keen to hear from other groups around Australia who were also growing durable eucalypts, hosting a forum in Yarram.

All have done a lot of work in integrating their plantations with animals. Mr Lambert said many pine or short rotation eucalypts relied on heavy stockings and fairly low intensity management, which generated weeds underneath.

“When growing durable hardwoods, thinning and pruning regularly, you have light coming in to the ground,” he said.

“That means weeds, particularly in the Strzelecki Ranges.”

In NSW, they were dealing with massive lantana in their plantations.

“The focus is on how to convert the inter-rows into pasture to eliminate the noxious weeds and be productive for cattle,” Mr Lambert said.

“Heartwood Plantations now has Heartwood Herds, which is set up for the that main reason — we have more than 300 cattle and sheep, gradually doing the same thing at a lot of our sites.

“You realise, they have to work together.”

While south Gippsland and northern NSW used different breeds of cattle and sheep, the fencing and land management challenges were the same.

“[The question is] which bits to potentially leave and not put trees on, and not having to plant all those steep slopes where it’s twice as expensive to do something,” Mr Lambert said.

“It endears us more to the farming communities — they see livestock, activity, management.”

Super Forest Plantations, for example, was growing seedlings for five or six species and mixing them in the trays. It tried everything from rainforest species to Iron Barks, Grey Gums and other highly valued timbers such as Mahogany.

“No two trees in a row are the same, and they are all class one or two durables,” Mr Lambert said.

“They are not constrained by big commercial size, and have started cultivating up and down hills with spot cultivators.”

Because species mixtures were so interesting, Heartwood had changed its direction.

“We are not going to the extent they are, but for risk management, we are trying to mix two species.

“Frost has destroyed so many of our plantations in recent years, having a species that is not as frost sensitive, is quite wise.

“Drought, nutrition, insects — one can be hammered and the other not touched.”

This brought different management challenges, but the benefits outweighed these.

“It gets back to what nature tells us about eucalypts — pure species are often found in mixtures,” Mr Lambert said.

Another issue raised was what to do with the thinnings. Box, half posts, round posts, firewood, woodchips, biomass were all were explored.

Each group had its own challenges.

“In NSW, they have a big challenge with harvesting — there are lots of little roads, few bridges with local ratings — how to get the wood out?,” Mr Lambert said.

“Local government will not pay for bridges.

“Nimbin and those places are nearby, so there is a big green influence and pressure.

“We have blackberries and ragwort, they have lantana.

“We have nutrient problems.

“They have less of that, with their good growing conditions, but they have disease Ramularia, a pathogen that attacks the tips of trees on spotted gum and essentially destroys them.”

All groups had one common experience. “We are totally alone in doing this — there are no funds through official aid channels,” Mr Lambert said.

“We don’t want to complain, but just get on with it.”

All are participating in a durability study at Innisfail comparing native forest and plantation.

The humidity in Innisfail speeds up the process, providing an accelerated environment for durability.

“We cut timber samples, put them in the ground and check them every few years to see what the decay is like,” Mr Lambert said.

“If the plantation results are good, the question then arises: can we slip them in with the existing product?

“Will they be as strong and durable?

“No one is doing the work on this.”

The forum will be held again next year, in northern NSW.