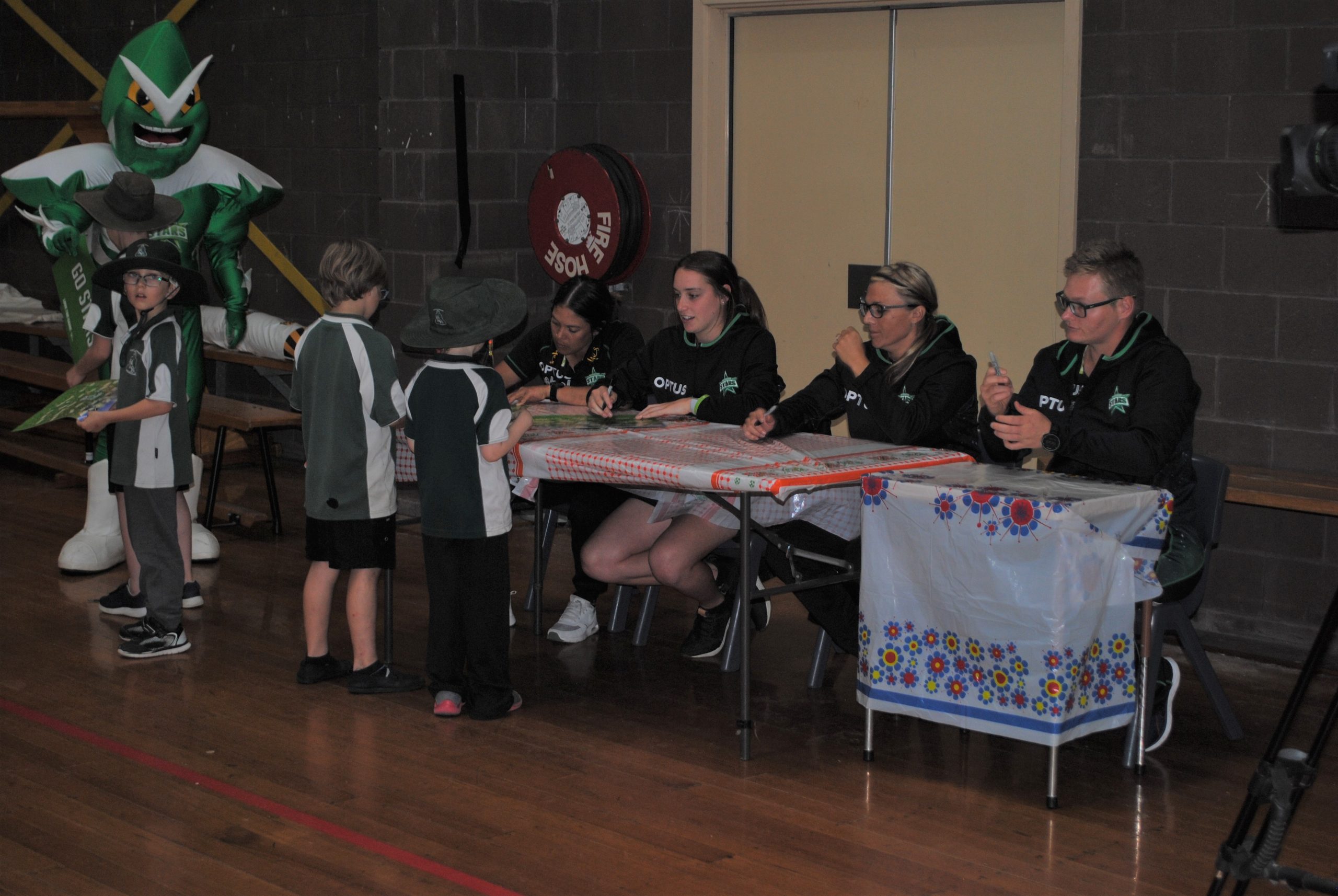 ROSEDALE Primary School students were treated to a cricket clinic hosted by the Melbourne Stars last Thursday, as the Big Bash franchise came to Wellington Shire.

Unfortunately for the students, the scheduled men’s pre-season match between the Stars and their cross town rivals the Renegades on Friday at Moe had to be cancelled because of heavy downpours that swept through parts of Victoria last week.

The match was going to be an event held exclusively for school children, but from a glass half full perspective, around 1500 students across the region were given clinics ran by the Stars as a way of making up for the cancellation.

At Rosedale Primary, boys and girls learned the fundamentals and importance of keeping their eye on the ball, running the first one hard and playing straight.

Faltum, who has had a busy 12 months juggling VCE study with playing commitments, said it was great to be able to show her teammates around Gippsland.

“The rest of the crew came down from Melbourne, we had lunch at my house and its just fantastic to reconnect to cricket at a grassroots level,” she said.

The men’s Big Bash League season kicks off tomorrow and will feature the unique innovation of the ‘bat flip’, replacing the traditional coin toss, as cricket authorities aim to align themselves with everyday spectators.

“Maxy (men’s team captain Glenn Maxwell) flipped it three times the other day and they all came up flats, so I think he’ll be calling that,” Faltum said.

The Melbourne Stars will play the Adelaide Strikers at Ted Summerton Reserve Moe on Wednesday, January 23.

The women’s BBL season has been underway since December 1, with the Stars in third place with three wins and two losses. The Stars played the Perth Scorchers twice over the weekend at Cranbourne, with the sides winning a game each.