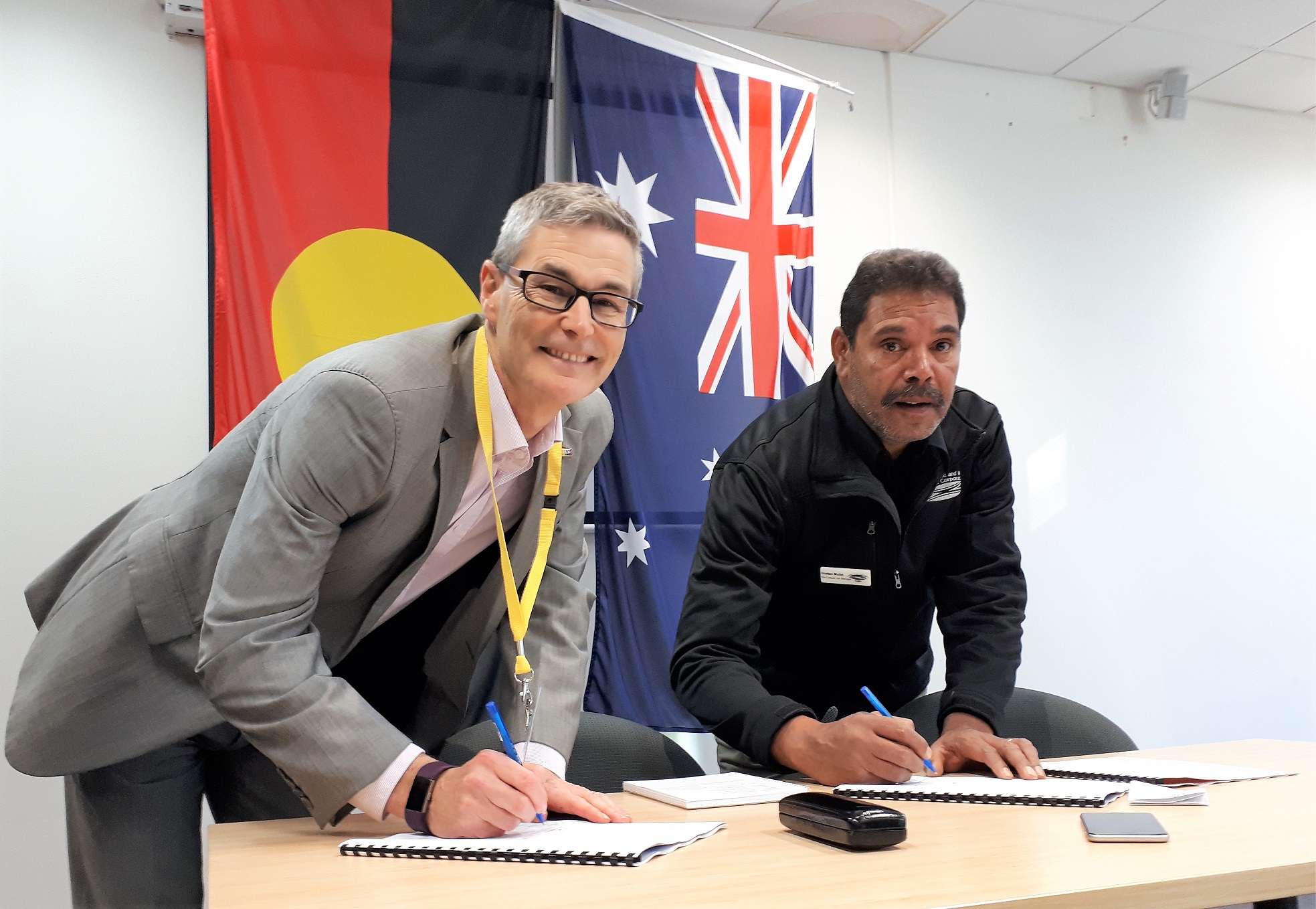 “We know the impact water security has in attracting rural businesses to the region, and we’ve done the  studies that show the MID provides $500 million to the Victorian economy every year, and is a significant factor in Gippsland’s growth,” Mr Rodda said.

His legacy to Gippsland, in particular the Macalister Irrigation District, is in the modernisation program that is transforming the district from a 100-year-old labour-intensive system to a highly automated system with more efficient water delivery, improved flow and ordering and less nutrient run-off to the Gippsland Lakes.

Mr Rodda advised the SRW board he would not be seeking to renew his contract in 2019, as he wanted to seek new challenges.

“With modernisation nearly 60 per cent of the way through, and solid plans for completing the remainder of the district, I felt it was time for SRW to benefit from some fresh eyes for the next chapter of its growth, and for me to have a fresh challenge,” he said.

Although the MID2030 strategy began before Mr Rodda began as MD in 2009, it gained momentum under his leadership as SRW successfully lobbied for funding from state and federal governments to underpin the upgrades.

“This is about making the MID a modern, resilient, efficient and adaptive irrigation area.”

The program’s success also depended on the support of the irrigators.

“We kept our promise to the MID farmers that we would deliver this $90 million program, keep prices affordable and return water savings into the district,” Mr Rodda said.

Mr Rodda said the SRW team worked with the state government to deliver an innovative program of  fuctioning allocation (seasonal) water from water saved in modernisation, then auctioning permanent shares, the proceeds of which went into funding the modernisation program as irrigator contributions.

The final part of the water savings program came in a permanent water share distribution to all MID farmers across the district last December.

“Personally and professionally, I was delighted to be able to honour that commitment we made to farmers,” he said.

“Clinton has been a brilliant leader, the best we’ve had at SRW,” he said.

“We wish him well, and hope that the board appoints a managing director with similar drive, because we still have a way to go.”

Mr Rodda said he was also proud of the progress SRW has made in supporting diversity in the workplace. SRW currently holds a coveted Australian Workplace Equality Index bronze status — one of only a handful of small organisations to achieve this level.

Mr Rodda has been instrumental in the development of the Gippsland Environmental Agencies group, which brings together 14 agencies and groups across Gippsland.

“Earlier this year, I was proud to co-sign the GEA unique multi-agency agreement with the Gunaikurnai  and and Waters Aboriginal Corporation, which has plans for several initiatives with mutual benefits,” he said.

One major event remains etched on his mind: the one in 100 year flood of June 2007, which inundated Tinamba, Newry and parts of Maffra and Sale, when the gauging stations upstream of Lake Glenmaggie had been knocked out by the heavy flows upstream.

Mr Rodda wasn’t yet the managing director, but was manager of water supply and also coordinated the SRW incident response.

“It was the ‘perfect storm’ of conditions, the catchment had been burnt out in the fires earlier that year, and we’d had good rainfall a fortnight before, which soaked the catchment and half-filled Glenmaggie. Then came up to 300 millimetres of rainfall — with unprecedented inflows, enough to fill the dam again within 24 hours.

“Up to 150,000 megalitres per day was coming in at the peak, which we couldn’t measure until it got to the dam. There was only one way the water could go once it reached the top of the wall.”

The resulting flood also washed away part of the hydro power station at the gates (which has since been rebuilt), and caused nearly $5 million damage to Southern Rural Water’s assets.

“Immediately afterwards, there was concern about whether we could have held back or managed the floods. But, unfortunately we had no other choice, and I needed to explain to all who’d been affected — many of whom were not even our customers.” Mr Rodda said.

“It was a very challenging time.”

One aspect of the job Mr Rodda won’t miss is the travelling: with responsibility for rural and groundwater across 88,000 square kilometres or 37 per cent of Victoria from the South Australian border to the New South Wales border, it has meant being on the road a lot to stay connected to staff, stakeholders and communities across the regions.